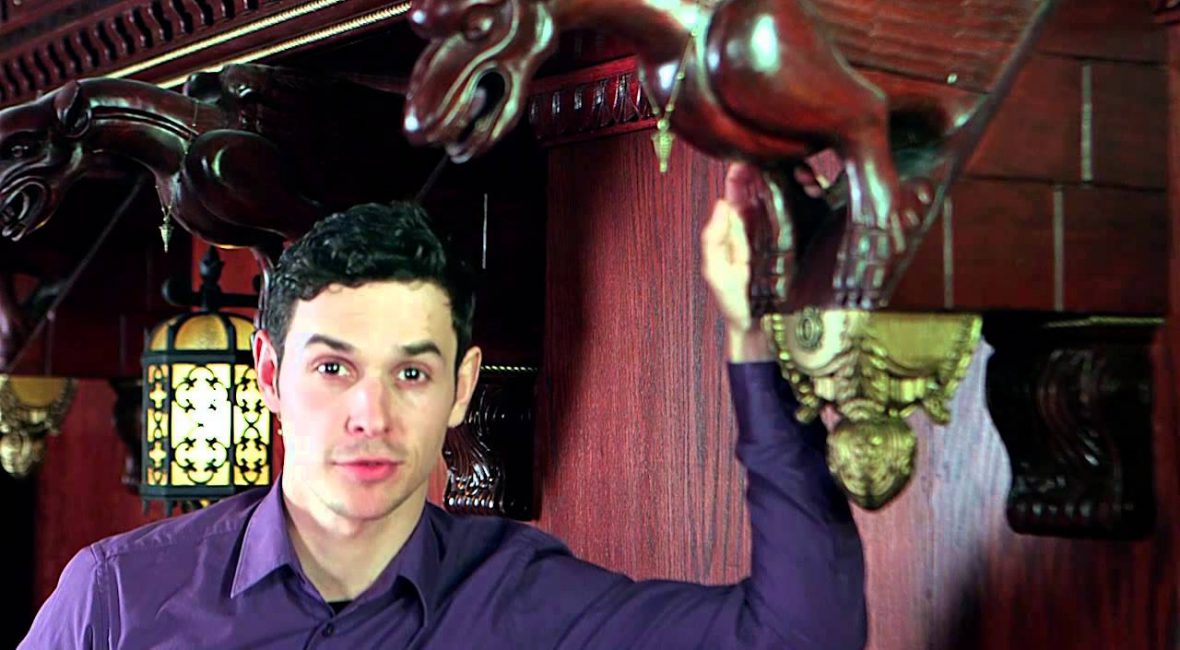 Are you sitting down? You’re going to need to sit down for this. Ready? Ok. There’s no easy way to say this, so I’m going to come right out and say it: The Empire of Taste has fallen. Yes, the official Dogs on Drugs Gimmicky Restaurant, Troy in Staten Island, has gone out of business. That means no more of these commercials will ever be made:

I will give you a few minutes to weep/rend your garments/shake a bony fist at the heavens while bemoaning your sorry fate. No rush, I’ll wait.

For those of you unfamiliar with Troy, you may want to read this post, although I frankly don’t recommend it. Anything written on this site prior to 2016 was written under the influence of shoe polish and weasel laxatives and has been shown to cause cancer in lab rats. Anyway, in that post I wrote an insightful and intelligent review of Troy, which is 100% true if you substitute the words “insightful”, and “intelligent” with “obscenity-laden” and “morally repugnant”. I also offered to fly all the way to Staten Island to review Troy’s food/English if they simply comped me a meal. Troy did not comp me a meal, and now Troy has disappeared from the face of the Earth. This is exactly how the Roman Empire fell.

So now, on top of all of the other stuff I have to do (clean the garage, take out the trash, stalk Fonzie, etc.) I have to pick a new Dogs on Drugs Gimmicky Restaurant. That smacks of effort, honestly, and so I’m going to give the job to you, dear reader. I want your votes in the comments, but in order for your vote to count you have to tell me why you voted as you did. I will use this information to crown a winner and possibly as blackmail fodder as well.

Also, I should mention that this post was handicapped by my long-standing policy of always doing the absolute minimum amount of research. Because of this, I stole leaned heavily on information gleaned from the Food Network. No, I didn’t ask permission. What are they going to do, send me a tray of bad cheese blintzes?

Ok, let’s get this show on the fucking road. Here, in no particular order, are the candidates:

The Gimmick: Tommy Gun’s Garage offers you something that no other restaurant in Chicago does: The ability to eat your food while fearing for your life from small arms fire. Wait a minute, that doesn’t make any sense. It’s Chicago. Every restaurant offers you that.

And now that I look at the photo, I’m not too crazy about their presentation either. “Enjoy our award winning entrées before they get whacked by gangsters or trodden upon by our enthusiastic staff of prostitutes whores flappers.” Also, it looks like that guy is eating chili on cake, which is all kinds of disgusting (although still better than anything at Arby’s).

Choose Tommy Gun’s Garage if: You’re a sucker for Mafia-based dining and know how to keep your fucking mouth shut.

Avoid Tommy Gun’s Garage if: You owe a lot of money to a guy named Frankie No-Neck.

The Place: Bavarian Inn of Frankenmuth

The Location: Frankenmuth, Michigan, home of classic-rock throwback band, Greta Van Fleet. They sound like Led Zeppelin circa 1970, which is cool. They dress up like this, which is not.

The Gimmick: Apparently, the Food Network isn’t aware that Germany exists, because the only thing that makes the Bavarian Inn of Frankenmuth even remotely gimmicky is the fact that they serve German food. But that won’t stop me from making up these 100% True Gimmicky Facts:

Also (not) true: The nearby French, Czech, and Polish restaurants closed down suddenly under murky circumstances.

Choose the Bavarian Inn of Frankenmuth if: You’ve never heard of Germany or you think it would be funny to ask David Hasselhoff to serve you a cheeseburger on the floor.

Avoid the Bavarian Inn of Frankenmuth if: You’re aware of how close it is to Detroit.

I’ll Have A Burger And An Angioplasty

The Place: The Heart Attack Grill

The Location: Las Vegas, Nevada. There used to be a Heart Attack Grill in Arizona, a fact that a fellow coworker repeated to me on an almost daily basis before it opened.

Me: I know, Rodney. You tell me every day.

Rodney: Sorry. My wife has me on this crazy diet, and I am dying for some real food. I am so there on opening day!

And, of course, on Friday evening, this exchange happened. Seriously, I laughed for 20 minutes when he told me about it.

Rodney’s Wife: So, how’s your diet been going lately?

Rodney’s Wife: No problems, then? You haven’t cheated?

Rodney’s Wife: Not even a little?

Rodney’s Wife: (Plays a clip of the evening news, in which Rodney is interviewed while eating at the Heart Attack Grill and clearly states “My wife has me on a diet, but what she doesn’t know won’t hurt her”.)

The Gimmick: A restaurant dedicated to killing you, and not 30 years down the road either: Their menu includes an Octuple-Bypass Burger, filterless Lucky Strike Cigarettes, and you can eat as much food as you want for free if you weigh 350 pounds or more. No shit. If you ask me, this should be our foreign policy: If a country pisses off the United States, we open 200 Heart Attack Grills in that country until everyone’s too fat or dead to even think about fucking with the USA. The best part of this plan? It’s absolutely fucking crazy, so you know goddamn well that our President has already given it a lot of thought.

Choose the Heart Attack Grill if: Your name is Karen Carpenter.

Avoid the Heart Attack Grill if: Your name is Rodney.

The Easiest Restaurant In The World To Steal From

The Location: Cabbage Key, off the coast of Florida

The Gimmick(s): First of all, the Food Network says that the only way you can arrive at this restaurant is by boat. This is because the Food Network is run by congenital liars. Just look at all of the other ways you can get there:

You, uh, really don’t want to know the details on that last one.

Oh, and also, the entire restaurant is covered in dollar bills signed by customers. So, you know, don’t worry too much about having enough for the tip.

Choose Cabbage Key if: You’re some neo-Luddite lunatic who doesn’t own a car and spends all of your time publishing manifestos in the Washington Post.

Avoid Cabbage Key if: You don’t like hearing the phrase “Would you like change for a million dollar bill?”

The Location: That hotbed of Fez fashion, Atlanta, Georgia

The Gimmick: You get to experience the Deep South’s take on Northern African cuisine. Foodies like to talk like this. “You have to try this,” they’ll say. “It’s a Midwestern take on an old Western classic!” Don’t do it. Every food can be made horrible by adding flourishes from a different region:

Choose Imperial Fez if: You drink a lot and are used to waking up wearing bizarre or inexplicable headwear.

The Gimmick: This is so fucking crazy, you’ll never believe it unless I use an actual quote: “[Betty Danger’s Country Club] fuses Mexican cuisine with Minnesotan comfort food.” Look, I’ve eaten Mexican food before, and I know many people from Minnesota. This is how the menu must look:

Choose Betty Danger’s if: You’d like to laugh at Minnesotans trying to act Mexican (“Oh yahhh, you betcha, amigo!”).

Avoid Betty Danger’s if: You don’t enjoy haggling over the price of a stomach pump.

There you have it: The candidates for the Official Dogs on Drugs Gimmicky Restaurant. The winner will receive a mystery visit from the Dean of the Dogs on Drugs Culinary School (me), and then permanently close down due to various whiskey-related reasons. Votes down below, people.