When You Need A Special Person For That Special Day 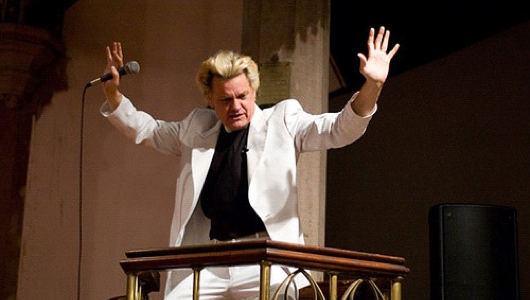 It has come to my attention recently that many of my readers have either forgotten, or just did not know that I am a Man of God, which explains the general lack of groveling and tithing around here. Well, I am here to tell you that just because I became an ordained minister on a lark does not mean that I take my spiritual duties lightly. Why, just the other day, I damned some asshole straight to hell for cutting me off in traffic. I don’t fuck around, something you should consider when determining whether your 10% tithe is based on your gross or net income.

This subject came up at work today when I casually mentioned to a coworker that I was allowed to perform marriages in Arizona, a comment that was met with a noise somewhere between a laugh and a lip fart. And even though I was able to produce a document proving that this was true, she did not allow me to marry her to the water cooler which I thought was kind of rude of her, even if she is already married to a human being. (To be fair, she did let me marry her stapler to a picture of a tractor, which was a moving ceremony, or at least it was until the picture of a tractor realized it was married to a ball-hammering shrew, at which point things got decidedly ugly.)

Afterwards, I got to thinking that no one is going to take me seriously as a Holy Man unless I have experience with more traditional spiritual unions, and so I took out an ad on Craigslist: 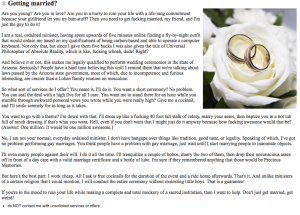 « Previous post
Blah Blah Blah
Next post »
A Doorknob Named Kevin: A Digressive And Cautionary Tale On The Dangers Of Organ Donation