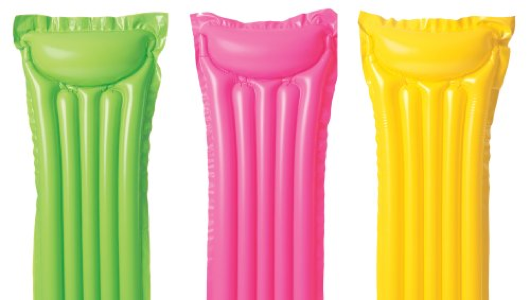 Hold on to your hats, campers. Shit is about to get weird. See this guy in the picture below? His name is Edwin Charles Tobergta and he was recently arrested for after a man spotted him making off with his pink pool raft. Sayeth the cops in the police report:

Now before we commence with the wise-cracks, a couple of things we should note.  When approached by police, Mr. Tobergta admitted his guilt and pled for help with his plastic fetish, stating that he didn’t want to go to prison.  Cause, you know, very few pool rafts in there.  So it does seem like the poor guy needs help, or at least a plastic sex doll.

The other thing we should note is that even though Edwin admitted his guilt, all of this shit is alleged.  If I don’t point that out, Eddie could sue me and use the proceeds on Chlori-lube or something, and we can’t have that.  So this guy is super-innocent until such time as a judge says, “You fucked a raft?  Guil-fucking-ty!”

So the amended list of inanimate objects that were just begging for it is: