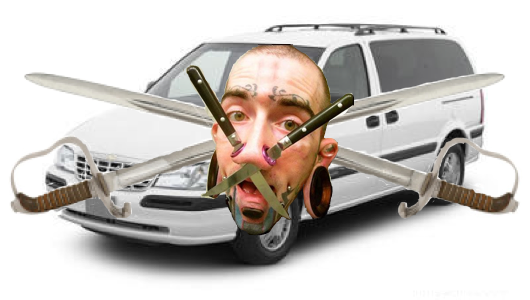 Let’s say you decided to start a trendy and chic meth habit. And let’s say that you had just spent the better part of three days working on that habit. And furthermore, let’s say that you were bored and decided you needed something to do. What would you do? Would you watch TV? Crank some tunes and dance around a lot? Vacuum the carpet obsessively for the next ten hours? If you said that you’d jump in a white minivan, do donuts by the side of a busy road outside my subdivision, pull out a four foot long fucking sword and swing it menacingly at me as I drove by, then haul ass down the street dragging the sword out the window while leaving behind a trail of sparks and a neighborhood full of scared kids, then congratulations! You’re the shitbag, asshole, waste of sperm tweaker I called the cops on last Saturday. Fuck you.

Look, I’m not some War on Drugs, Just Say No, never-had-a-drink-or-a-smoke kind of guy. Shit, in college I got high so much that people used to pull over if they saw me walking down the street because I looked like I either had drugs or knew where to get them (they were right). One time I got so high in a hot tub that I hallucinated that a giant being of some sort unscrewed the sky and peered down at Earth to see what was going on (really). I get it: Getting high can be fun. And just because I don’t have the time, money, brain cells, or inclination to get high now doesn’t mean that I all of a sudden look down on those that do.

But fuck you, asshole. When you get so high that it becomes a problem to other people, you deserve to have your pathetic ass thrown in the fucking pokey. I hope your withdrawal from meth makes your tiny dick shrivel up and fall off. What the hell is it with tweakers that make them so fucking nuts? Most drugs have a built in limit. You drink too much, you pass out (or become the lead singer of the Doors). You smoke too much weed, you sit at home laughing at stupid shit and then eat everything in the fridge. Too much heroin? Ok, you wind up going ass to ass, but even that’s semi-private. 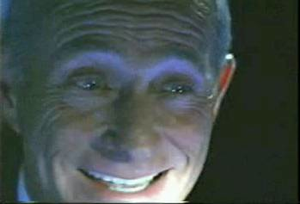 But tweakers? They’re public in a very fuck-you kind of way. “Hey, wake up everybody! I’ve been awake smoking crystal for 7 days and need to tell you that I have been elected Jesus! Hey, wake the fuck up! What kind of children’s hospital is this? GET UP!!!” Nobody likes having to deal with anyone in that condition. That’s not “wacky-friend-who-thinks-up-dirty-lyrics-to-Foreigner-songs” kind of crazy. That’s “left-a-human-head-in-the-library-book-drop” kind of crazy. And that’s not cool.

But look, I get it, you’re super high and need something awesome to do. You can’t sit around peeling carrots or doing mundane shit like that. You’ve got to enhance your unbelievable high with an activity so fucking great that it will blow your fucking mind! Ok, I’m here to help. I really am. Here’s a list of kick ass crystal smoking party games any self-respecting tweaker can and should play, but only if they want to have more fun than God himself: 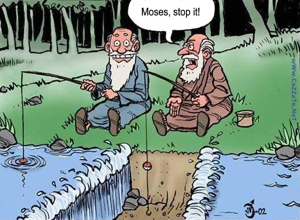 And God and his friends DO like to have fun... 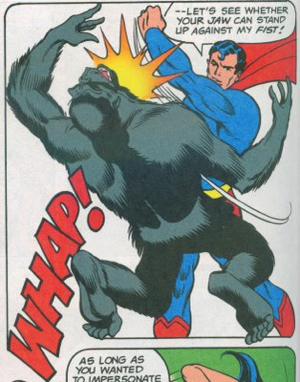 Punch the Gorilla: Makes you as cool as Superman!

But under no fucking circumstances should you come into my neighborhood with a sword again. Not unless you want to be forced to play a new version of a classic game, Thumbtack Taco: Backdoor Edition.
September 27, 2011by Greg

« Previous post
This… This Explains A Lot, Actually
Next post »
Don’t Say I Never Help You With Anything