When Stereotypes Are Funny 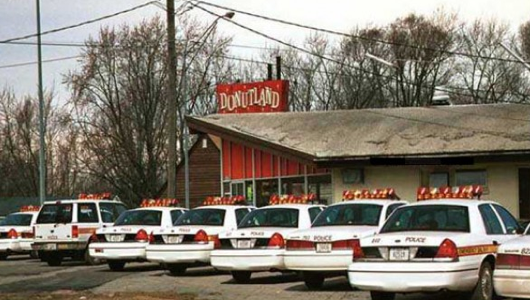 I’ll be the first person to tell you that if you judge people based on the color of their skin, you are a fucking scumbag and a much, much worse person than any of the people you believe you are superior to. Racism is evil, wrong, stupid, ignorant, and if there’s anything I hate more than a racist, it’s a Belgian.

Ha ha! Just kidding! I love making fun of Belgians because there is absolutely no reason to hate Belgians. They have a beautiful country, they’re friendly and polite beyond belief, and they love beer. What’s not to love? They’re so friendly and polite, in fact, that I fully expect to receive an email from someone in Belgium who read this, found it mildly distasteful, but felt that it would be impolite not to send me an email wishing me well.

Anyway, enough backtracking. You know what can be really funny? Stereotypes. Some stereotypes are hurtful and have no place in society. I won’t reprint any of them here, but the idea that someone’s skin color tells you anything about their intelligence or morals, for example, is beneath contempt. But some stereotypes are harmless enough, and when you see an over-the-top example of such a stereotype it can be quite funny. For instance, watch this video of civil rights activist Petey Greene and tell me that you didn’t smile at some point during the first two minutes.

What can I say? The man likes his watermelon.

You know what really made me laugh, though? That he got a bit paranoid about it at about the 2:45 mark:

“One white lady said to me, ‘I didn’t think you blacks eat watermelon like that no more’. I said, ‘Look, lady, don’t try to get out on me like that, you understand. You just want to eat the good part and want me to cut it all up.'”

I’ve heard of some fucked up, reprehensible racist behavior before, but I seriously doubt anyone ever invited a black person to a party for the specific reason that they wanted them to cut up watermelon for them.