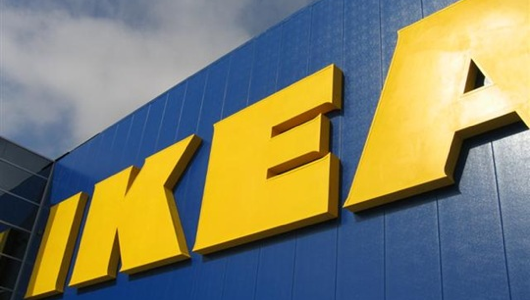 I am such a fucking white dude. Today was a perfect Sunday: Nothing on the calendar. So I woke up, discussed the situation with my wife and suggested that we spend our day shopping at Ikea. Really. I could have gone hiking, watched TV, played video games with my kids, or any of a hundred other things that I consider fun. Instead, I went to a store that gives its products insane names like Poäng, Pluggis, and Duderö.

You know what is fun about Ikea, though? Their carts. Unlike grocery store carts, which lock you into pushing in one direction, Ikea carts let you spin them around in playful circles, much to the delight of my three year old. And you’d better believe we fucking took advantage of that. Every turn became a power-drift, every straight-away a chance to blow a tire and spin out, every display of fragile glassware a deadly obstacle to be avoided with wild, elliptical swerves. I wish my car was as much fun as those carts. I’d finally get to drive as crazily as some of the seniors we have here in the winter.

I was upset at one thing, though. They used to have a whole bathroom display on the second floor that was kind of tucked away in the corner. Sink, cabinets, mirror, shower, the whole nine yards. And if you walked all the way inside of it, you were rewarded with an incongruous sight: A toilet positioned next to a huge bay window. I have always wanted to bring a newspaper with me, drop my pants, and sit there on that toilet to surprise people who walked in: “Do you mind?” Or freak people out in the parking lot who happened to look up. And when I got there today, that display was gone. Now I will never get the chance to pull that gag. To relieve myself of the sorrow, I bought a couple Dinera, an Uppenbar, a Gubbskär, and a Favorit. 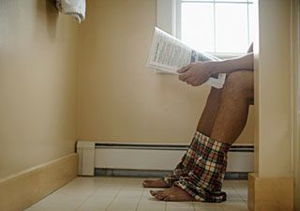 How am I supposed to know if I like a toilet unless I try it out first? Think of your customers, Ikea!

In case you noticed that I’m not really writing about anything in this post, you can blame it on the minor changes I’ve made to the site. The changes are trivial, should only have taken me a few minutes, and so I spent the better part of two hours agonizing over absolutely perfect pixel placement that will be notice by exactly no one. Anyway, here’s a rundown of what I did, in case you care, which you don’t. Recent Posts was retarded, and so it’s gone. You want to see recent posts? Go to the fucking home page. Everyone knows this. Why WordPress even has a function to support recent posts is beyond me. In its place are links to the most popular posts. That way, someone new to the site can easily navigate to the good stuff, and not have to wade though idiotic and boring posts with Swedish words like Kvartal in it.

Recent Comments is also gone because who in their right mind looks at truncated random sentences and decides to click on them? “That’s when Aunt Mildred pulled the jockstrap from the pit bull and…” Actually, I probably would click on that. Anyway, I’ve never used it, and I’m willing to bet that you haven’t either. So fuck Recent Comments in the ass with a weed whacker, it’s gone. In it’s place are links to things I wrote that I thought were funny, but I guess weren’t good enough to make the Most Popular section. Again, now a new reader can navigate to something better than a blank screen, but not really all that great. I should’ve called the section Mediocre Shit To Read If You’re Bored.

Finally, I got rid of the tag cloud. If you manage to read all the way to the bottom of the post and look at the tags because, I don’t know, you’re a detail-obsessed weirdo (like Luda, the only one who has ever commented on my tags), you might notice that my tags are rather… unorthodox. Tags like “Acid Rabbits Erased My Memory”, “Your Dandy Beaver”, and “Veranda Pie” populate the list. I guess I thought this was funny. Or something. Anyway, the tag cloud started getting rather long to the point where a lot of my shorter posts or video clips devoted 5% of the page to content, and the other 95% to phrases such as “Syphilitic Dog-Rammers From St. Louis”. So the tag cloud is gone too. 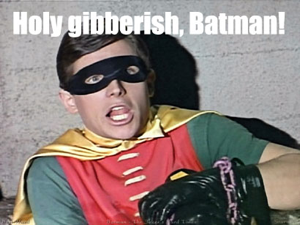 When a boy in leotards and a satin cape starts making fun of you, it's time to bail.

In its place is a section labeled “Puppies on Uppers”, which is the official Dogs On Drugs Commenter Hall Of Fame. Nomination, selection, and induction into these hallowed halls is done through a process I like to refer to as, “I do whatever the fuck I want”. Because this process is necessarily lacking in oversight, I may have missed someone. If so, sorry. In general, though, I reward consistent and/or extraordinarily witty commenters with a brief mention and a link to their site. But before you try to achieve internet immortality by posting that hilarious pun, be aware of the pitfalls: If you consistently funk up the comments with the type of idiocy normally confined to mental institutions and general sessions of congress, I will create the Doggies on Downers/Commenters Hall of Shame. So no puns or incoherent ramblings (I’m looking at you, Ted Koppel!*)

On to the week you missed while you were asking yourself, “Does that gray border really look gray? Or just gray-ish?”

Ok, people, you know the drill. I want those hypothetical questions submitted to me as soon as fucking possible. This week, I want submissions regarding all matters sexual, scatalogical, or downright retarded. In other words, the same shit you always send me that I love so much. 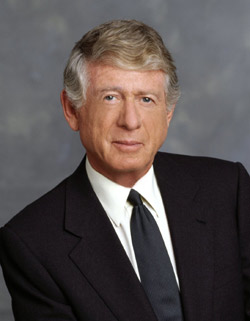 * For those of you too young to remember Ted Koppel, or indeed, the whole concept of watching news on TV, Ted Koppel was the host of Nightline, a show which tackled serious issues of the day. He ended each show by showing the panelists his sack.

« Previous post
Weekly Hypothetical – Poems Or Power Chords?
Next post »
The Kind Of Thing That Would Happen A Lot If I Ran The News