We’re Off To See The Wizard… Again. 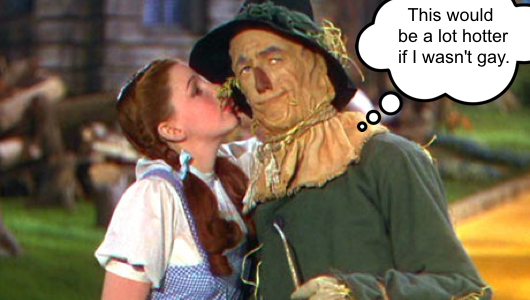 My daughter just got done performing in a community production of Wizard of Oz for the second year in a row. First of all, let me say that my daughter was wonderful, as were all the other actors, and everyone did as good a job as they possibly could have given that the budget was apparently scrounged from a couch. So it is not with any of the participants in mind when I say that the Wizard of Oz is the lamest piece of shit in the known universe. I would rather pour steak sauce in my ears and let starving cockroaches crawl into my nose and eat my brains away from the inside than see that fucking play again. Fuck the Wizard of Oz sideways with a rusty axe-head.

Here’s my capsule summary of the Wizard of Oz so you don’t have to go see it:

Dorothy harbors a dangerous dog named Toto that runs around biting people. Instead of gassing the fucking mutt, Dorothy runs away with it instead, stumbling across a fucking hobo in a corn field with a crystal ball. The hobo amazingly doesn’t molest her, and sends her home to Auntie Em by being crafty. You know, because cornfields are chock full of crafty people. Dorothy gazes longingly over the horizon.

On the way home, Dorothy strays too close to a trailer park, and a tornado picks her up and flings her over the rainbow, which is 1930’s code-speak for dropping enough acid to kill a fucking hippo. The house she’s in lands on a witch, killing her instantly. Apparently Dorothy’s unwillingness to take a life does not extend to humans, just vicious dogs. Dorothy sings a little ditty and then gazes longingly over the horizon. 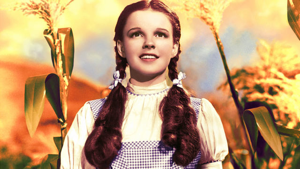 In Kansas, you gaze over the horizon to keep an eye on the tornados.

A whole bunch of crazy shit happens including ruby shoes, some really short people, and needing to go see the Wizard, who can apparently make the acid wear off. Dorothy stumbles across various unsavory characters on her quest including a scarecrow with shit for brains, a malfunctioning robot built by Microsoft, and a lion with acute neurological damage. Instead of running away from them, Dorothy invites them to join her in gazing longingly over the horizon.

Finally, they make it to the Wizard’s house, but he’s too baked to deal with them, so he sends Dorothy out to commit another homicide, which Dorothy does by throwing acid on a bitch and then gazing longingly over the horizon.

Dorothy and company make it back to the Wizard’s pad after smoking dope with some flying monkeys, and the Wizard is like, “Holy shit, you fucking KILLED her? Really? Wow, far fucking out.” But instead of sending her back to Kansas, the Wizard fucking lams it in a hot air balloon. Then a good witch tells Dorothy that she had the power to go home all along, using her magical ruby slippers. “You fucking bitch! You couldn’t have told me that before? And here I’ve been running around with derelicts and weirdos, gazing longingly over the horizon until I was ready to fucking drop, and I could’ve been kicking it at home the whole time? Fuck you!”

Dorothy goes back to Kansas, apologizes to Auntie Em for fucking around with drugs, and they have a family moment as they gas Toto and gaze longingly over the horizon. 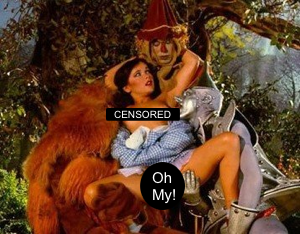 Seriously, that shit not only makes no sense, but it takes fucking forever. This year’s production was two and a half hours long, and last year’s was three. Yeah, sure, it was fun to see my daughter up there, but all the lead roles went to people who were older and if I wanted to see complete strangers fuck up their lines, I’d drop by the set of iCarly and spike the crafts table with jimson weed and barbiturates.

Actually, the cool part of the Wizard of Oz this year was when an elderly lady behind me decided to take a phone call during the play. “WHAT?” she screamed to be heard over her own grand-daughter yammering on stage. “YOU’LL HAVE TO SPEAK UP. I’M AT A PLAY!” It would’ve been the most amusing part of the play except that after she took the hint when everyone turned to glare at her, she decided to finish her phone call elsewhere, namely, the men’s bathroom. And then when she came back, she was almost trampled by a herd of Munchkins theatrically traipsing through the aisle.

I laughed so hard I could hardly hear Dark Side of the Moon on my iPod. 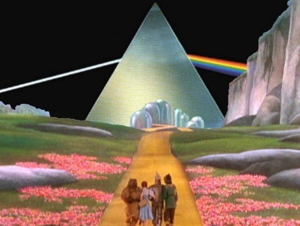