On The Nature Of Luck

Tsutomu Yamaguchi is a lucky man. His employer, Mitsubishi Heavy Industries, sent him on a business trip on August 6th, 1945, to a city that had been little affected by the war raging all across the globe: Hiroshima. Normally, you wouldn’t be considered lucky if your business trip included a weather forecast of “Windy and hot, with a high of 45,000 degrees”, but Mr. Yamaguchi actually survived the blast, suffering “only” ruptured eardrums, temporary blindness, and severe burns to 25% of his body. He spent the night in an air raid shelter and left the next day to return home. To Nagasaki. Once again, Mr. Yamaguchi survived getting nuked, this time with no further injury, but the city’s decimation meant he couldn’t get medical supplies for the first atomic bomb blast he survived in the last three days, and he spent over a week with a dangerously high fever. He recovered, and lived to the age of 93 years old, finally dying in 2010.

That’s some kind of luck, isn’t it? I’m not sure if that’s good luck or bad, but it’s… something. And that’s the problem with luck. What looks like a happy random occurrence at first, turns out to be a devastating, life-changing event, which in turn leads to choices made out of necessity that sometimes produce something wonderful that would never have come to be if your good luck hadn’t turned into bad luck, and so that makes the good luck good, and the bad luck good, and everything is good except it sure as hell didn’t feel that way during the bad luck that turned good portion of your life and… You know what? Fuck it. There is no luck. It’s just a random bunch of shit that happens. Deal with it.

And that is, to me anyway, a comforting thought. When you think of luck, you tend to personify it in a way that almost has you at odds with the very universe itself. You step away from a slot machine, the very next person hits a $1 million progressive on it, and you shake your fist at the sky cursing your bad luck as if it were a person actually responsible for screwing you over. (I like to imagine this person looks like Vincent Price.) “Dammit, of all the fucking bad luck! Why didn’t I stay at that machine one minute longer?” You can ask yourself that question for the rest of your life and get no better results than if you had decided to fight back against a rain shower with a garden hose. It’s pointless and just doesn’t do you any good.

Some people, of course, will invoke a higher power in this scenario, but in my experience most people, even normally very religious people, wouldn’t. This is because people like to think that God is benevolent and while he may bless you with winning a $1 million jackpot, he’s unlikely to taunt you with one because that would make Him some kind of wise-ass, wouldn’t it? No, you say to yourself, that’s just plain old bad luck, and you shake your fist at Vincent Price. 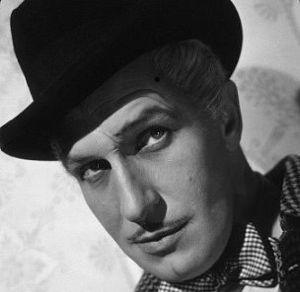 Oh, c'mon! What are the odds of me crashing directly into the police department lobby like that? Fuck you and your stupid bowler hat, Vinnie!

But’s it’s not good luck since you didn’t win the money, and it’s not bad luck either because who knows? That money may have turned you into a complete fucking asshole who wound up marrying some gold-digging witch who hardly waited for the ink to dry on your will before she hired someone to put two in your brain while she masturbated on a giant pile of what used to be your money. Luck is like that, you don’t know what it is until all is said and done, and chances are you won’t know even then.

So I try to get scientific with my bad luck and take Vincent Price out of the equation entirely. “Well, the way random number generators in slot machines work is that they pay off at a very specific moment in time. Even if I had spent a couple more minutes at that machine, there is no guarantee that I would have spun the wheels at the exact right moment.” C’est la vie, right? This calms me down and allows me to track down the fucker that won my $1 million and punch him in the nuts without, you know, getting irrational about it.

If you’re wondering where I’m going with this, my wife & I have two tickets for the $241 million Mega Millions drawing tonight. And while not winning wouldn’t be bad luck, but rather a very likely outcome of a random occurrence, I should point out that I can punch someone in the nuts really hard. So if your random occurrence brings you a fuckton more happiness than the random occurrence I’m about to experience as I check the numbers, keep that in mind. You’d hate for your good luck to turn into bad luck like that. 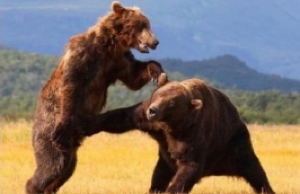 Win my jackpot, will you? Vincent Price says "Hi", asshole!