I Am Going To Be One Crazy Old Fuck 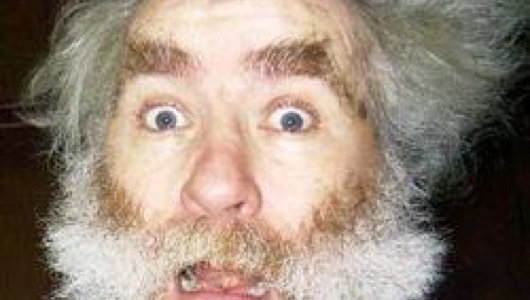 I know this is going to come as quite a shock to you, but I’m kind of an unorthodox dude, and I’ve got some rather wacky ideas. Unfortunately, society tends to frown upon some of my more outlandish ideas. “Greg,” they’ll say, “a topless car wash isn’t legal under any circumstances. Having one to raise money for your day care bill doesn’t change that.” Fucking whiners. There are all kinds of things like that that I can’t do. I can’t push a baby stroller full of steaks through the zoo, I can’t hang out near the bank dressed as the Hamburglar, and I can’t even go grocery shopping without pants. This is bullshit.

Then it dawned on me: I can do those things! I just need to be patient. Allow me to explain: I live in the state of Arizona, which you probably believe is called the Grand Canyon State. You’re wrong. It is called the Rascal Mobility Scooter State because there are an awful lot of fucking old people down here. Our state motto is Twenty-Two Skidoo! Our state dance is the Charleston. And our state Denture Adhesive is Poligrip. So I see old people pretty much anywhere I go, most of them acting a little… off.

For instance, one time I went into a grocery store and was standing at the deli counter while a elderly man in his 80’s asked for two pounds of roast beef and a pound of cheddar cheese, sliced. The deli counter guy came back and handed him two bags of deli products, and then the man asked, “Do you have a plate?” “A plate?” asked the deli counter guy. “A plate! A plate, goddamit! I’m not going to eat this right out of the bag!”

Then he looked at me as if to say, “Can you believe this crazy world we live in?” I stood there thinking, “Your generation saved the world from tyranny in the 40’s, let’s see if you can figure out that there are plates for sale in aisle 4.” (I also thought, “You keep eating three pounds of deli products at snack time, and they’re gonna be burying your arteriosclerotic ass in a fucking piano crate, pops.”) 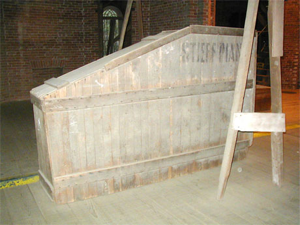 And that’s the point I’m getting at: Your behavior can get increasingly eccentric in direct proportion to your age. I can absolutely go grocery shopping without pants. I just have to be 80 or older, and feign surprise when I’m confronted by someone. If I’m confronted by someone, actually, because seniors get away with a lot of shit entirely. Like drunk driving in golf carts. No one says shit about gramps tooling around on the side streets after a few stiff belts. How awesome is that?

So I’m going to be doing a lot of crazy shit that I thought up over the years, but wasn’t able to do because of my relative youth. That’ll be fun. I’m also going to engage in a few other types of activities as well.

Shitting my pants – Since my retirement plan at this point pretty much boils down to buying lottery tickets, I figure that I will be in the care of either my kids, or an institution of some sort. If it’s my kids, it’ll be fucking payback time. “Hey, remember the time you took your diaper off and had explosive diarrhea while you ran all over the house? Well I do. See if you can catch me!” And if I’m in a home, it’ll likely be overpriced, and so I may as well make those fuckers earn that money.

Saying “Get off my lawn!” while shaking a bony fist at neighborhood kids – I’ve always wanted to do that. I’ve also always wanted to run out of a trailer wearing red long johns, cocking a shotgun, and yell “Stay off my property!” So if my behavior hasn’t gotten too nutty and they still let me have a gun, I’ll be planning on doing that too. 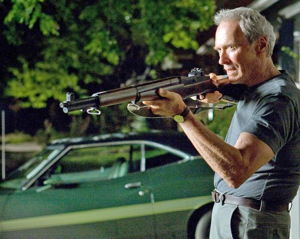 I'm going to be just like Clint, only way less concerned about what's right, or rational, or even sane.

I will say exactly what I fucking think at all times, and never filter my thoughts at all – I’m known (surprisingly) at work as “The UN Ambassador” because I’m good at forging common ground, getting people to compromise, and also I have about $40,000 in unpaid parking tickets, just like a real UN Ambassador. And not saying what you think is key to that skill. It’s also fucking exhausting. So when I’m done playing that role, I’m swinging the other way. “Grandpa, what you you think of my new school clothes?” “You look like a fucking harlot, dear.” Or, “Sir, would you like help out with these groceries?” “Nice tits.”

At least once, I will drive a Cadillac through a convenience store – I don’t really feel the need to do this, but every week down here another senior does it so it must be worth doing, right? I will use the standard excuse, which prevents all seniors from going to jail in this circumstance: “Heh?” 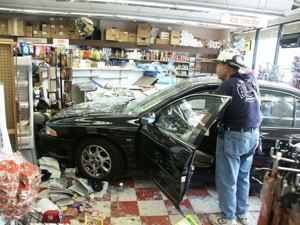 I'd like some butterscotch candies, some Depend undergarments, and one copy of Juggs magazine, please!

I will wrap a tarp around a picnic bench, throw it in the deep end of a pool, and convince Mrs. Sanderson (97) at the home to jump in if she wants to live forever, just like in Cocoon. What the fuck, it’s not like I’d be robbing her of important years of her life. Just the years she drools a lot. No big loss.

I’m going to drink an awful lot of beer – I’m, uh, kind of ahead of the curve on this one.

« Previous post
Why Led Zeppelin Kicks The Everloving Shit Out Of Every Other Rock Band, Ever
Next post »
And The Oscar Goes To…