Things I Miss From College 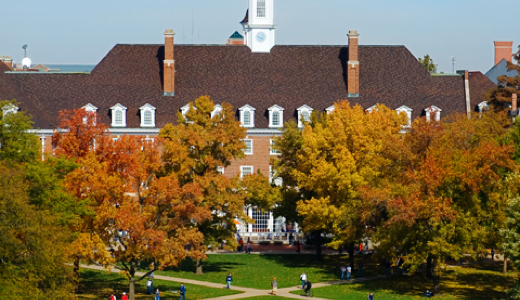 It’s not healthy to live in a constant state of nostalgia, I know that. To endlessly wander around the recesses of your mind, lovingly recounting those magical, long-lost days is to ignore the wonder and joy that exists right in front of you every single day, namely the fact that technology has advanced to the point where you can now watch porn during a funeral. Still, there are periods of my life that I find myself returning to again and again, not so much out of a sense of loss and longing, but as a pleasant reminder of what it was like to be young and irresponsible to the point of constant felonious behavior. I’m speaking, of course, about college.

There were a lot of things that made my college experience memorable (or not so memorable, if I’m being honest), but the absolute first thing that pops into my head, every time, is drinking in the dorm showers. Since I had a rather cavalier attitude towards attending class, I found that hangovers were best dealt with by remaining unconscious as long as possible. Still, I often found myself facing the prospect of having to suffer actual consequences for my overindulgent lifestyle, and really, fuck that. So I’d walk down to the shower room with my toiletries, a six pack, and a pack of smokes.

If you’ve never started the day by getting a buzz in the shower, I highly recommend it. It is awesome. Have you ever groggily hopped into the shower, did your business, and got out realizing that the shower did not wake you up as you had hoped? No chance of that if you’ve just chased six cigarettes with six icy cold ones. You are up and ready to fucking go, although to be honest you’re usually ready to go to a bar, but that’s a win in my book.

Another thing I miss from college is the thrill of actually going to that bar. The town I attended college in had a rather useful law: You were allowed to enter a bar when you were nineteen, but you were not allowed to drink until you turned twenty-one. Guess how many bars followed the first part of that law but not the second? If you answered, “The ones that didn’t want to go out of business”, you’re right. And so at the age of nineteen, when most people are furtively drinking behind closed doors, I was getting brazenly trashed in public, perfecting the art of getting kicked out of bars. It was a blast. 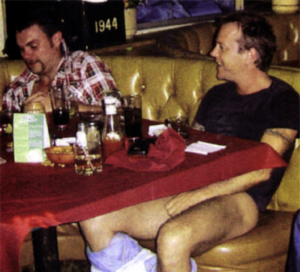 Among the more entertaining reasons I've been 86'd are Hopping over the bar while yelling 'C'mon! They can't stop us all!'; Pouring myself a paint bucket full of beer from the tap; and hopping into the DJ booth to sing the Brady Bunch theme song over the microphone.

I remember one hazy Friday afternoon spent in a basement bar guzzling shitty quarter beers out of plastic cups. There was a foot of stale cigarette smoke hovering at the top of the room, the line for the bathroom was so long that guys were pissing in the sink and garbage can (and girls were going in the men’s room too because the wait was shorter), and several people had tossed their cookies right in the middle of all the action. I remember very vividly taking a look around, soaking in the depravity, and thinking, “This is GREAT! I will ALWAYS remember this!” The novelty of bars faded pretty quickly (by the time my friends back home turned twenty-one and wanted to hit the bars, I was totally burnt out on the whole scene), but I have always remembered that moment when I was so drunk that a total shithole of a bar could move me to near-ecsatsy.

Being tremendously high in public was always fun, and by “always fun” I mean, I was always high in public because it was fun. I remember when a good friend and I got really baked and went to go see an afternoon showing of Oliver Stone’s biopic The Doors. We talked excitedly about it the whole way to the theater, and then I stepped up to the box office to buy tickets.

Box office guy: That’ll be eight dollars. Nice eyes. I don’t think I’ve ever seen that shade of red before. 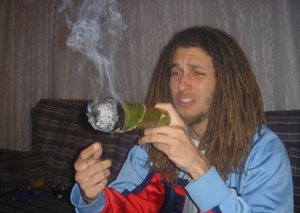 Out here in the perimeter, there are no stars. Out here we is stoned, immaculate.

That was pretty par for the course, as was random insane behavior that was tailor made for witnessing it whilst high. One sunny afternoon I sat on the quad with an English friend named Niles. I had long hair and wore a tie-dyed shirt and rainbow John Lennon sunglasses because, you know, I was trying to be subtle or something. As we sat there, talking about nothing in particular, two crash test dummies walked up to us. Not the shitty band, but dudes dressed like actual crash test dummies. While we were processing this and trying to decide if maybe there was something a little extra in that weed we smoked, a guy wheeled up this large contraption and set it up within five feet of us.

“Step right up, step right up! Who wants to be the very first among you to ride The Convincer?” The machine in question appeared to be a car seat with a seat belt that was attached to a short sloping piece of metal by a pair of roller-coaster type wheels. “Right here!” I announced, as Niles snickered at the incongruity of it all.

The point of The Convincer was to demonstrate what a car accident felt like at just five miles per hour and convince you to wear a seat belt. I hopped into The Convincer, fastened my seat-belt and held on. I don’t know if my being incredibly stoned amplified things, but holy shit, I felt like I’d slammed into a brick wall doing at least a hundred. My glasses fell off, my wallet shot out of my jeans, and I staggered out of the contraption cursing the fucking crash test dummies who were pantomiming something I didn’t quite understand. “Fuck you, you sawdust-filled motherfuckers! I did this for fun, you do that shit for a living!” Niles was on the ground, rolling with laughter. 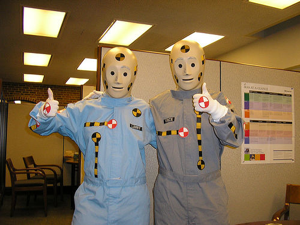 The best part about that anecdote was the fact that as we walked off, giggling like a couple of idiots, we ran into a couple of like-minded friends. “What are you guys up to?” they asked. “Oh, two crash test dummies strapped Greg into a car and crashed him into a steel plate, then he yelled at them for a bit.” The entire reaction elicited by that response? “Cool.” When you were wandering around stoned all the time, sure, shit like that was bound to happen sooner or later. I miss that. Now when unexpected shit happens, it tends to be something bad, like road-rage, or layoffs. I would kill to have the crash test dummies approach me out of the blue again.

Another great thing about college was the college itself. The university I attended was home to over 40,000 students, and in order to properly educate them, the university needed a whole metric fuckton of shit to educate them with. This included vast buildings that you could explore and discover things such as the fact that one of the buildings contained, for no apparent reason, an actual Egyptian museum on the third floor. (Cool! Let’s eat some mushrooms in here!)

I lived, for a while, across the street from a sprawling Center for the Arts, which was a great place to steal forklifts for some reason (I guess they used those during Opera season). It also had a roof that was designed to hang out on, featuring gardens, walkways, and the ever-present people getting baked. After I had moved away from that location, I lived across from a small building that was labeled to have you believe that it was the astronomy building. Rumor had it that there was, instead, a bunch of secret shit going on in there. Needless to say, as soon as I heard this rumor I boldly walked across the street to check it out for myself. Finding an elevator in the back that only went down to the basement, I hopped in and took it for a ride. At the bottom was a plush office with a administrative assistant and two armed guards. I had stumbled across the real location of the university’s super-computer installation. 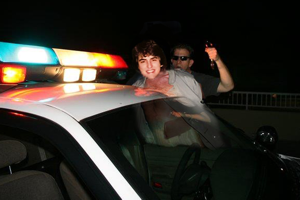 They were not happy to see me.

The student union was always good for a laugh. It had about a hundred pool tables, a bowling alley, video games, and an art room that usually had some mind-warping exhibit designed to fire the imagination of youth, but in reality just served as a place where you were guaranteed to run into people on drugs. I met David Crosby in there. No shit.

I had a very atypical college experience. While most students were attending class and thinking of their future, I was lying on the couch, bong in hand, wondering why people didn’t have horns. And while a lot of other people got very into the School Spirit, I, my appreciation of the sports teams aside, could not understand why someone would spend $5,000 to park an RV in the Alumni Gold Parking Lot where some asshole (me) was going to drunkenly steal all of their lawn chairs for kicks. Most people worried about their grades. I, on the other hand, idly wondered if having no grades whatsoever might somehow allow me to slip through the cracks altogether.

But in a lot of ways, I was just the exuberant manifestation of all college students. I was young, I was crazy, and I drank beers in the shower room in the dorms. If that behavior wasn’t exactly condoned, it wasn’t exactly frowned upon either. More than once I had a fellow student on the Dean’s List ask me, “Are you drinking beer in there? Can… Can I have one?” We were one, and we were the same. I just happened to be a lot more “same” than others. 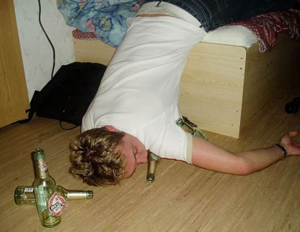