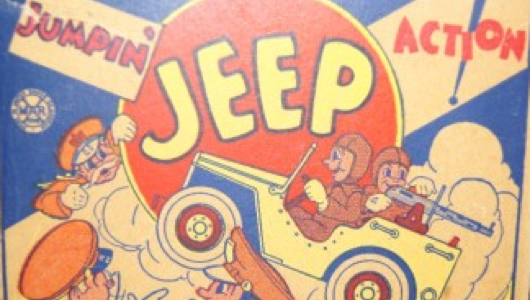 I am fucking wiped. I started the day needing a jump start because the battery in my Jeep is fucked. This is normal for Arizona. Car batteries usually last no more than two years because of the extreme heat. So you pay twice as much for a car battery for a warranty, it lasts a little under two years, and you get a new one for free. Which is the same in the end as if you just bought a battery when you needed one without a warranty. It makes no sense, like pretty much the entire automotive industry.

Because I had a hell of a time getting a simple question answered: Am I still under warranty? The phone number on the battery got me in touch with Jump Start Roadside Assistance who kindly told me that I needed Jump Start Roadside Administration. Jump Start Roadside Administration told me that I needed to talk to the battery’s manufacturer, Interstate Batteries (even though the battery had a Mopar sticker on it). Interstate Battery said they could help, but then decided that I had to call the dealership. The dealership told me, and I quote, “Who knows? Bring it in, we’ll take a look at it.” This did not fill me with confidence.

And so I dreaded going in there all day long because the last thing I felt like doing was getting in a huge shouting match with the general manager of a fucking auto dealership, because that would eventually escalate to me shitting in the glove compartments of several new cars, which would mean cops and tasers, and ultimately I’d wind up burning the place to the fucking ground after making bail and then fleeing the country. What a hassle.

I got to the dealership, and was told to approach a large bearded man at a desk, which I did. “I bought a Jeep here 14 months ago, and the battery just died. The battery is under an 18 month warranty, so I just need to get it swapped out and I’ll be on my way.”

“Do you have a receipt for the battery?”

“No, I bought the car that contains it. I didn’t think to get a receipt for every part inside the damn thing. It’s under warranty though, I just want a new one.”

“Do what, honor your commitments? Honor promises you made to customers who paid you five figures for a car? Honor your word like human beings do here on planet Earth?”

I swear, I had one hand on the zipper of my pants, and I was about to go fucking foul a Chrysler Town & Country when someone with common sense intervened and informed me that my battery would be free, but I would have to wait ninety minutes for it.

Anyway, I was stressing all day about that encounter, and then it almost happened, but stopped just short of someone catching dysentery during a test drive. I should be happy, but it all seemed a bit anti-climactic, and now I’m kinda wiped and don’t have any motivation. So here, listen to this.