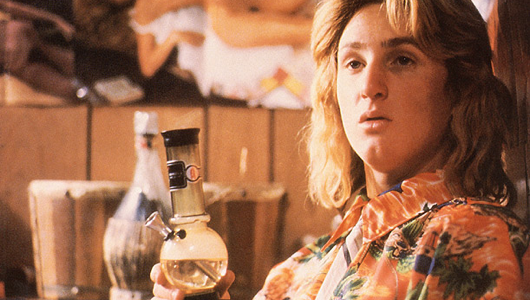 While driving my daughter to an appointment this week, she informed me that someone in her school had been suspended. “What happened was she went into the office for something, and they smelled something on her and opened up her backpack. They found a bag of marijuana and a pipe.” My daughter is twelve. Jesus. At least my wife and I have some experience in this area (ahem), and know what to look for. As I mentioned earlier this week, my parents were totally clueless when it came to drugs. My father was born in 1928 in rural Ontario, and my mom was schooled in a Roman Catholic convent: Drugs were simply not a feature of their environment growing up. To them, drugs were something hippies and gang members abused, not something their long haired, tie-dyed son sitting in the next room, laughing his ass off to Monty Python would be involved with.

There were positives and negatives associated with having parents so out of touch: Sure, you could get away with some pretty odd behavior, but if you did manage to get busted, you were going to be in a world of trouble. To them, pot was as bad as acid, which was as bad as cocaine, which was as bad as crack, which was as bad as heroin, and so forth. They were all DRUGS, and if you got caught with them, you were liable to find yourself the only person in a hardcore inpatient drug rehab who was there for smoking doobies.

Inpatient #1: I’m here because heroin has killed all of my friends and I know that if I don’t kick now, I’m going to follow them to the grave.

Me: Well, one time I was mowing the lawn stoned, and I got cotton-mouth really bad. 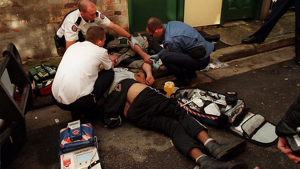 Dude, you think that’s bad? One time I got so high, and then I realized… I didn’t have any chips!

So although from time to time I would do something outrageous at home due to drugs (i.e. running over large bushes with the rider mower), I tried to keep a lid on things if at all possible. One night, however, my father freaked me out so badly I damn near lost it. My parents were leaving for San Francisco the next morning (the first time they’d ever both traveled out of town together, leaving me and my two brothers at home), and they asked me to stay in for the evening rather than go out with my friends, which I had done every single night that summer.

This, of course, was not acceptable to me. So we had a long, and ridiculous argument about why I had to stay in all night if they just wanted to have a short conversation with me, and why couldn’t they have the conversation right now and let me go on my way? Somehow, a compromise was reached: I could go out, but I had to be back home at nine, at which point we’d have a conversation, then when that was done, I could go out again. It still makes no sense to me.

At five minutes to nine, I walked into the house and ran into my dad. “Just in time,” he said, “I want to see you and your brothers in my office.” My dad’s office was in the basement, and as we filed down there I whispered to my younger brother, “Dude, I am higher than Jesus right now. If things get kind of crazy in there, cover for me, ok?” My brother nodded and we took a seat in my dad’s office.

The conversation that followed began simply enough. “Your mother and I have put off talking to you about this for too long. So I want to talk to you about our will, where it is, what it says, how it works and all that. This has nothing to do with us going out of town tomorrow. There’s no need to worry about that. It’s just time we had this talk.” Ok, not exactly the kind of deep conversation I like to have while stoned, but it was tolerable. Within ten minutes, however, it turned dark and very hard to bear. 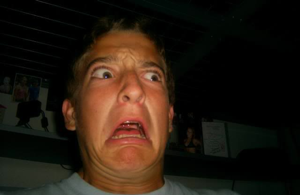 My brother, thank goodness, stepped in to save me. “Dad, c’mon, it’s not rocket science. We call the executor of the estate, tell him what happened, and we go from there. What I want to know is…” and then he asked a question that I totally missed because now I was FREAKING. I found myself staring at some books on my dad’s bookshelf, running some wild scenes through my head: Airplanes exploding, cars colliding, and me trying to make a damn bit of sense when lawyers began to ask me to make very important decisions.

“Greg! Hey, what’s wrong with you?” My dad asked, wrenching my attention from the bookcase. My brothers and I had been dismissed, but I sat there spacing out, thinking about really freaky things while my brothers stared at me from the doorway.

“Oh… Uh, nothing. Just… You know… I wasn’t really prepared for this conversation. It… Kind of caught me by surprise.” And with that I stood up to flee the room. Too fast as it turned out, because I got very dizzy, the lights started to fade, and I found myself lying in a fetal position on the floor, trying not to lose consciousness. This is not a good way to hide the fact that you do drugs from your parents. 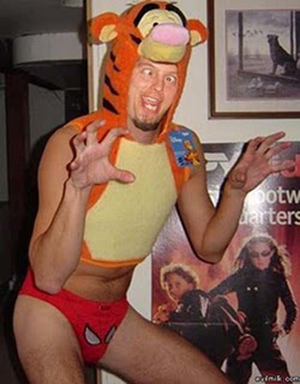 Anyway, my daughter will have to be extremely sneaky if she decides to do drugs before she moves out of our house. Conversations such as this one, which I could have pulled off, will not go unchallenged.

Me: Happy Thanksgiving, everyone! Ok, honey, what part of the turkey do you like best?

Ok, on to what you missed the last couple of weeks while you were watching cartoons, eating peanut butter straight from the jar:

And now on to something totally irrelevant (which is a hallmark of this site): A spoiler-free review of the movie End of Watch. Go see it. Unless you have kids at home when you do. Then you may want to watch something else.

My wife and I have started using my daughter as a baby-sitter under very controlled circumstances: The boys have to be asleep when we leave, she has to be in the next room, can’t be wearing headphones, can’t be on the phone, etc. We’ve got a cop living on one side of us, and a fire fighter living across the road. And we’re never more than ten minutes from home, checking our cellphones every five minutes like a couple of lunatics. We’re covered for all but the type of circumstance so extreme that it pretty much wouldn’t matter if we were home or not.

Still, when you’re watching a movie that involves a house fire with three kids trapped on the second floor (guess where our kids sleep?), it makes you a bit uneasy. So from an entertainment perspective, End of Watch was great. From a wondering-if-your-kids-are-on-fire perspective… Not so much. 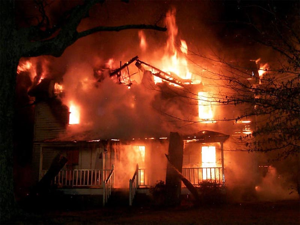 Honey, I’m going to step out to get some popcorn. At home.

It’s a brand new week, people. So smile and be happy! (Take meds if necessary.)