Another Day, Another Brilliant Idea 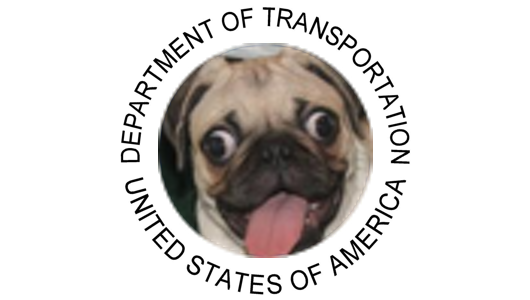 A while back, I made a strong case for being named the Secretary of Transportation and fuck the current guy, Ray LaHood. That guy probably ass-fucks coma patients for a hobby. Ha ha! I’m just kidding! Of course a person such as Ray LaHood doesn’t fuck coma patients! He’s the head of an important department, a member of the President’s Cabinet, and hob-nobs with Department of Justice people, all of whom could probably arrange to have me set a record for longest prison sentence handed out for committing an act of libel. Ray LaHood is a saint and I’m sure that whatever ass-fucking he does is entirely within legal limits.

Anyway, as I was driving home today, I came up with another wonderful idea that would make our lives easier. (Getting nervous, Ray? That’s two awesome ideas in six days!) Have you ever been driving down the road when the light turns yellow, and you’re not quite sure if you can make it through the intersection? Of course you have. It happens to all of us, and not just those of us that drive around while having sex acts performed on them. So you see the yellow light, slow down, then floor it, then jam on the brakes, and by the time you approach the intersection even if you do stay within the confines of the law, you still get pulled over because you’re driving like a fucking drunk, blind guy. 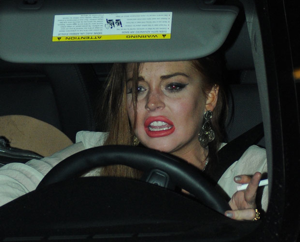 Here’s the litmus test: If Lindsay Lohan has broken a traffic law 17 times, it’s too complicated.

Whose fault is that? Not yours. You can’t control when the light turns yellow and for how long. It’s the assholes who designed stop lights in the first place. You’ve got one light for “Go”, one light for “Stop”, and one light that means “Floor it, or jam on the brakes, or just slow down, or don’t do anything at all.” Further complicating matters is the fact that some yellow lights last a mere couple of seconds, while some yellow lights last longer than the Carter presidency. If you have no idea how long the yellow light will last, how are you supposed to know what to do?

Here’s how: You implement a plan designed by someone with actual brain cells between his ears (me), and not the mental defective who was just fucking around with a color wheel when he was supposed to be doing real work (Ray LaHood). Behold, the stop light of the future: 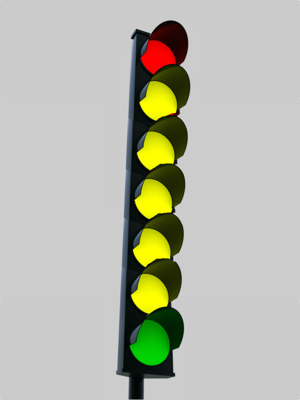 Here’s how it works: If the light is green, you may drive right through the intersection, continuing to text message, apply makeup, or trim your toenails like the fuckwits who live in my town. Red still means stop, even though these same people tend to translate a red light as “I can make it!”. The beauty is in the five yellow lights. When the light turns yellow, the bottom-most yellow light illuminates. A few seconds later, the yellow above it lights up. A few seconds later, the next one lights up. This lets you gauge how much time you have before the light turns red without having to guess, and all it took was a 233% increase in light bulb expenditures. Plus labor. And government incompetence surcharge. And lawsuit settlements resulting from morons who won’t understand what the extra lights are for and wind up crashing into a bus full of crippled AIDS babies. It’s win-win, baby!

But wait, there’s more! Now that there’s no reason to ever run a red light, we can implement what I like to refer to as Severe Deterrents, namely heat-seeking missiles that detect red light runners and take them out before they can pass their genes along to future assholes. I cannot fucking stand people who run red lights. They should be sedated into unconsciousness and placed in a coma ward in Washington D.C. 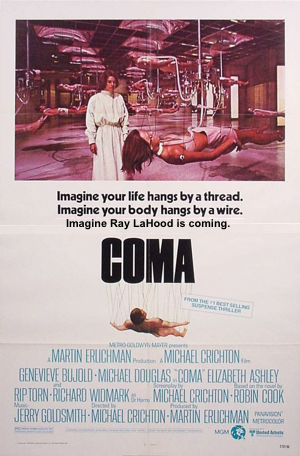 Hahaha, just kidding, Ray! No hard feelings, right? Ray? Hey, why are you picking up the phone, Ray? Who are you calling? Ray?

One time, when I lived in Tucson, I was walking to a gas station with a gas can because the gas gauge on the piece of shit car I was driving was a tad optimistic (it always read “Full”). As I waited to cross the intersection, the light changed and an elderly man driving an antique Chevrolet pickup truck took a left turn and was broadsided by a car that had run the red light. The truck was hit on the passenger door, and the old man was ejected into the street. Luckily, he was as sturdy as his old truck: He dusted himself off, put his cowboy hat back on, and walked to the side of the road and stood next to me. “I hate red-light runners,” he said. “I’m not even going to go see if that asshole is ok. I’d probably tear his fool head off.”

I kept the asshole from approaching the old man until the police arrived. I then had this discussion with the cop:

Cop: Did you see the accident?

Me: Yes, I saw the whole thing.

Cop: Are you sure the light was red?

Me: It had been red for at least five seconds.

And with that the cop stormed off. The last I saw him, he had the driver of the station wagon bent over the hood of the car and was threatening to arrest him for reckless driving so he could throw him in “the worst shit-hole cell I can find”. Cops are awesome.

Ok, so there you have it: Two brilliant ideas, and absolute, rock-solid proof that if Ray LaHood can’t get the job done (and quite clearly he can’t), that I should be put in charge. I urge you to write your congressmen and Senators and demand that I be named Secretary of Transportation, or at the very least, have all these fucking traffic tickets dismissed. 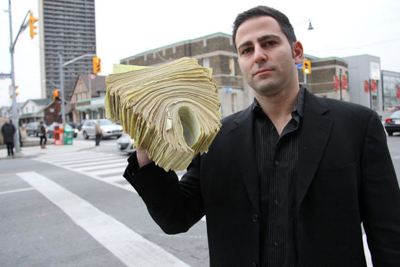 Look, that speed limit sign is so hard to read, anyone could’ve blown through that hospital zone at 110 mph every day for six months straight.