Life’s Not So Rich Pageant

When I was young, we used to watch the Miss America Pageant on TV. Not because we liked it, mind you, but because I’m older than shit and when I grew up we only had six channels of “entertainment”. Let me tell you something: when there’s a dearth of competition like that, there is very little incentive to provide quality programming. I mean, the highlight of the week was Mork & Mindy, and if you were lucky there would be a Battle of the Network Stars on so you could once and for all settle the question: Who would win a kayak race, Jamie Farr or Charo?

So my family and I got used to watching allegedly entertaining things on the television such as beauty pageants. Even at a young age, I knew there was something off about the Miss America Pageant and its strangely coiffed contestants. For starters, they looked like aliens. I like women to look natural. My wife is naturally beautiful, and so she doesn’t rely on metric boatloads of makeup to look pretty, and I like it that way. Maybe just a bit of cover-up to mask the track marks in the morning, and she’s good to go! (Note to my wife’s employer and law enforcement: My wife doesn’t really use needle drugs. She snorts.)

The laughter, actually, was saved for the portion of the contest in which the contestants tried to prove that they had an IQ higher than that of paste, and usually failed. At the age of seven I could’ve aced those softball questions, but these nimrods were getting hung up on the basics. Look, it’s really easy. Here is the template.

How hard is that? Pretty hard for beauty pageant contestants, as it turns out. Watch this infamous answer to a mind-numbingly simple question:

I love Mario Lopez’s reaction at the end of that. He’s thinking to himself, “I can get her to do almost anything backstage by telling her it’s part of the contest.” (I do want to give this poor girl some credit, however, because the quote, “everywhere, like, such as” has become shorthand between my daughter and I for something someone said that was incredibly stupid.)

Daughter: So the teacher asked this kid this incredibly simple question, and he was all, “everywhere, like, such as”…

Daughter: …and now he can only use those safety scissors they give first graders.

What escaped me at the time was the fact that the Miss America Pageant involved far more than the idiocy on TV. I guess I never gave it much thought, and although on one level I knew that small towns had beauty pageants too, I never realized that they were a feeder system for the Big Show. I guess I thought some asshole rode across the country in the back of a limo with a bottle of chloroform and a rag. “Driver! Stop! That redhead with the rack just has to be the hottest girl in Georgia!”

But then I saw my hometown’s beauty pageant featuring classmates of mine, girls whom I knew to be pretty, intelligent, and relatively normal people. They did not come across this way on stage. One girl, all of eighteen, was at the top of our class and practically drooled her way through an incomprehensible and insane answer to a question so simple that mollusks could answer it.

Judge: Miss Ferngirdle, your question is… How do you feel about the United States Constitution?

(twenty second pause while everyone weeps for mankind)

At one point, a friend of mine leaned over and whispered in my ear, “I see they’ve begun giving out free lobotomies backstage.” It was that bad. And it was only the start. The winner of the hometown contest went on to try to become Miss County, then Miss Region, then Miss State, until finally she’d be taping her boobs and greasing her smile in the hopes that she’d be named Miss America at which point her dreams will have all come true and she’d be carted from shopping mall to shopping mall in a packing crate.

It wasn’t until years after that nightmarish parade of idiocy that I even realized that beauty pageants were not something you engaged in once you turned eighteen. Is it really necessary to scar our little girls with pageants? 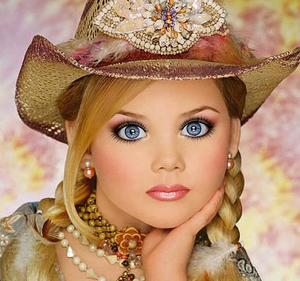 I don’t even need to get into that shit because many other people have done so before me. I would just like to say that if you are one of those obsessive parents that puts your kids in pageants to make up for some twisted and unfulfilled need from your childhood, I hope that you get hit by a bus before you do the kid real damage. Let them play with LEGO’s for fuck’s sake.

But here’s where it gets funny. The pageants don’t stop with Miss America, or Miss Universe (which, really, is woefully under-representing alien poon, don’t you think?). I give you the Miss Senior America Pageant which was probably dreamt up by the kind of reprehensible plastic surgeon that not only dreams up senior beauty pageants as a way to increase business, but is probably working on vaginal Botox as we speak.

(I looked it up, and yes, there is such a thing as vaginal Botox. Either my search history is the most embarrassing thing in the world, or the most awesome. I’m not sure which.)

But why, I ask you, should we stop at Miss Senior America? I say we start the Miss Deceased America Pageant. We could judge contestants on bone whiteness, lack of aroma, and for once the intelligence part of the contest wouldn’t be the kind of thing that even West Virginians would scoff at:

Mario Lopez: Miss Deceased Arkansas, your question is: What is your position on sunny days?

Mario Lopez: In all my years of judging beauty pageants, that may be the most intelligent answer I’ve heard. There’s, uhh, another part of the contest. Meet me backstage and I’ll tell you about it.

Yes, I went there. Mario Lopez’s attorneys may contact me via email, although it was clearly a joke. Seriously, lighten up. Who put sand in your Botoxed vagina? 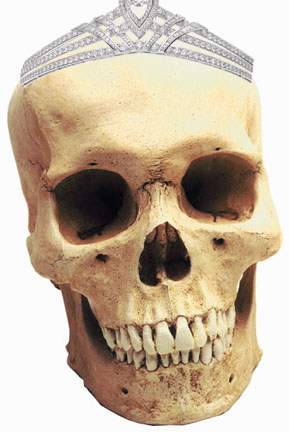 Soon to appear at a shopping mall near you.