When Will They Learn? 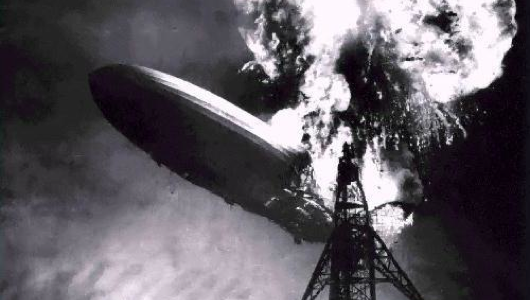 When I was in college, some foolish company thought that they were really clever and decided to give me a credit card with a $500 limit. I immediately maxed it out on booze and rounds on a local par-3 golf course (where my friends and I often drank the booze). It was terrific fun, almost as fun as fucking with the credit card company when they began calling and demanding that I actually pay them. I would tell them that Greg was dead, he died in a tragic blimp accident, no he didn’t have any relatives, he was an orphan, etc. Sometimes my roommates would just hold the phone up and laugh at the poor bastard on the other end. “Hahaha, you stupid fucks! You give a credit card to a college student with outrageous rates and you expect him to pay you back? Morons! Hahahaha!!!”

It’s funny how comfortable I feel messing with complete strangers. It’s my default setting to a certain extent. I’ll be speaking with someone from the power company, for instance, and they’ll bring up some savings program designed to reduce my energy usage and I’ll say, “Well, if I was interested in saving energy, I wouldn’t have so many pot plants. Those grow lights, man do they use a lot of juice!” Or I’ll joke about the migrant worker family imprisoned in my basement when a census worker shows up at my door. It’s hilarious, and surprisingly, I only rarely get raided by the police.

So as you can imagine, receiving random emails from strangers is like manna from heaven to me. Case in point, the following exchange between me and some company that wants me to write a post and link to their poker site, because they think you guys are sheep and will click on any fucking link I drop into a post.

Your posts on Dogs on Drugs are really interesting. I appreciate all the updates on the site. Anyway, are you open for some article suggestion?

Am I open for article suggestions? You had better believe I’m open for some fucking article suggestions. Have you read the shit on my site? Yesterday I live tweeted an episode of Alice, the TV show from the 70’s. Normal people with actual ideas don’t do this. What’s scary is that this was the best idea I had. Check out some of the alternative ideas I considered:

As you can see, I’ve got nothing. So if you have some ideas for how I could utilize synergy (or some other new-age bullshit method) to sucker people into looking at my web site so I can then expose them to pictures of my genitals, I’ll all ears. And genitals. I’m all ears and genitals.

Hey, you know what I did tonight? I went to see Led Zeppelin: Celebration Day. Wow, that was fucking kick ass, although the theater was obviously run by fucking Quakers who were afraid of waking up the elderly or something because they needed to turn the volume up about 400%. But other than that, it was awesome. I’ve always loved Led Zeppelin. I told a friend of mine that went with me that I used to come home when I was a teenager, stoned stupid on hash, and I’d sit in my room with the lights out and listen to Led Zeppelin on my headphones. Let me tell you something, you haven’t heard Dazed & Confused until you’ve heard it so loudly on drugs that you begin to worry that the loud crunching noise you just heard was a part of your brain snapping. That, my friend, is fucking music!

My daughter, alas, doesn’t think so. She listens to absolute shit music. It’s fucking awful. I heard twenty seconds of a song she was listening to, and now I have diabetes. Hey, maybe that’s an article idea! How I’d like to stick Disney music executives with a shiv! What do you think? (That’s my idea, so don’t let me find out that you gave it to someone else, like George Will.)

Where was I? Oh, yeah. I don’t like the luge. Seriously, have you watched people luging? Don’t give me this “athlete” bullshit, it’s a couple of dudes sledding. The fact that they’re wearing fruity little spandex uniforms means absolutely nothing, and it certainly doesn’t elevate them to the status of athlete. Who the fuck do they think they’re kidding? Bunch of assholes. “Hey! Look at me! I’ve been doing this since I was 4! My mommy will make me a cup of cocoa when I get to the bottom! Wheee!” Just once, I’d like to see a newspaper article about a sniper hiding out near a luge practice facility (i.e. a hill).

Oh, wait. That wasn’t what I was talking about to you, was it? Sorry, I mixed my correspondence up. I meant for that to go to my lawyer. I’m going to ask him to check on the legality of laying bear traps on luge runs.

Sorry, I get confused a lot. Raccoon Stew will do that to you. What are you selling again?

Actually, I’m not selling anything. I would like to have a collaboration with your next post. I am thinking if you can make a humorous post but regarding poker. The post would contain 2 links back to our site. I am willing to pay for the said links.

Are you open to such collaboration?

Hey, that is a great idea! I could write a 10,000 word essay on how poker promotes loose morals, bad hygiene, and the general decline of Western civilization. I could then tie each and every bad thing that has happened in the last century to poker:

“After having flopped a straight, he knew that he was going to win not only the pot, but the evening as well. Satisfied, John Wayne Gacy pushed all his chips to the center of the table. ‘All in,’ he said. ‘And take off your clothes, kid.'”

That’s magic! We could also analyze Hitler’s fondness for playing suited connectors and link it directly to atrocities committed against captured Polish soldiers in Kozelsk, or how Stalin would limp into the flop when he should have played strong and how that correlated to the bloody purges he undertook in the 50’s.

I wonder if there are any studies that link poker to STDs? Do you know of any? Because that would be hilarious! “I couldn’t believe it: I had an open ended straight flush draw with the turn and the river to come. I had so many outs, it was inconceivable that I wouldn’t win this pot. Then the dealer flipped over the turn card and BAM! Herpes.”

Ok, so let me know if the serial killer, mass murderer, venereal disease angle works for you, and I will crank up the Libel Machine (patent pending) to 11.

« Previous post
Officer Buttons
Next post »
For No Goddamn Reason I Can Think Of, I Watched An Episode Of Alice