They’ll Be The Death Of Me Yet 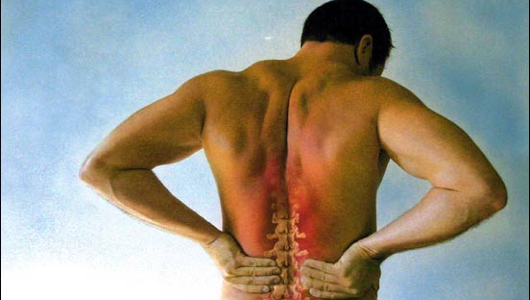 Those of you who read my post yesterday know that this New Year I will have to play a rousing game of Find A Metal Ball In A Pile Of Shit. Yes, my six year old swallowed a metal ball, and to make sure that it passes harmlessly I need to gather, inspect, and more than likely perform a home biopsy on his excrement. Worse yet, Child Protective Services informs me that arranging to put your child up for adoption after the 24th trimester is highly unorthodox and not likely to succeed. I have resigned myself to my fate.

After dinner, my son informed me that he needed to “P-O-O-P”. Why he all of a sudden decided to spell a word that he gleefully shouts in fine dining establishments, I do not know, but his newfound fecal reluctance presaged his reaction to my shit gathering strategy. I certainly wasn’t going to go fishing for it, and I know for a fact that he will never in a million years shit into a container that he is holding. So I opted for the Saran Wrap gathering technique.

This technique calls for you to cover the toilet bowl with Saran Wrap, leaving enough of a sag to catch the elusive quarry, and then lower the seat. After the magic happens, you simply fold the Saran Wrap over the turd and mail it to your mother-in-law. No, wait, that’s a different strategy. Disregard that. You fold the Saran Wrap over the shit and lightly smoosh it through the Saran Wrap to see if there is a metal ball in there somewhere. Some people claim that you should put the shit in a colander and run hot water over it. Never accept dinner invitations from these people.

So I hunched over the bowl and affixed the Saran Wrap. “What is that!?!” my son demanded to know.

“It just catches your poopie,” I reassured him. “You don’t have to touch it or anything. Just poop like you always do.”

Six year olds can be surprisingly obstinate when they want to be, and I could tell by the tone of his voice that in order to get him to shit on the fucking Saran Wrap, I was going to have to weave some serious Daddy magic, likely involving a promise to take him to Disney Land (which I would then reneg on because that shit is crazy ‘spensive). As I was adjusting the Saran Wrap and formulating my strategy… WHAM! My lower back exploded. I mean, it felt like my spine snapped in half. Hunched over the toilet bowl, I let out a blood-curdling howl.

This, as it turns out, does nothing to encourage a six year old to shit into a vessel that he already had reservations about. If he’s lucky, he might shit again when he’s in his early twenties. He’d certainly be in good company. However, as I lie here, it dawns on me that I have received a reprieve. He can unload that fucker at day care tomorrow! Or he’ll shit the bed. Fuck.

Anyway, while I’m laid up, I will let a video do the heavy comedy lifting for me. Once again, alert reader B’Homey saves the day by sending in some genuine Youtube weirdness, in this case a cautionary tale of the dangers inherent in offshoring. I give you… Chinese Popeye: