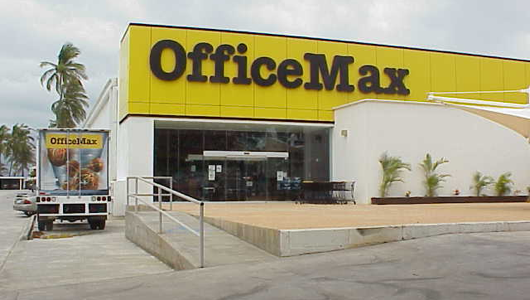 You know what store I try to avoid? Office Max. Or Staples, same thing. It’s not that I don’t like office supply stores, it’s that I cannot go in one of them without justifying totally asinine purchases. If I don’t watch it, I’ll find myself in line with enough supplies to keep the IRS going for a couple of years, a bill the size of the Peruvian GDP, and an unshakable conviction that I simply cannot go another day without owning a legal pad. Seriously, very few legal proceedings take place at my house. What the fuck?

Legal pads, incidentally, are exactly what you would expect from from the legal industry. If they can’t bill by the hour, they need to be able to bill by the inch. Speaking of billing by the inch, alert reader Squatch sent me the following story, in which a Minnesota lawyer who was having sex with his client decided to bill her for the time during which they were bumping uglies. I don’t know why this is so surprising, frankly. Ex-wives are notorious for using the legal system to procure money for “services rendered”.

Back to office supplies: I get in trouble the very instant I walk into Office Max. This is because the first thing I am confronted with is a display of pens. I have a weakness for cool pens. I am never satisfied with a Bic pen. It has to be something sufficiently futuristic, involving metal, aerodynamic lines, and is, preferably, so complex that it requires an advanced degree in mechanical engineering to use. “How the hell do you get the ball point to come out of this pen?” a coworker might ask. If the answer is more involved than a twist or a click, I’m happy. 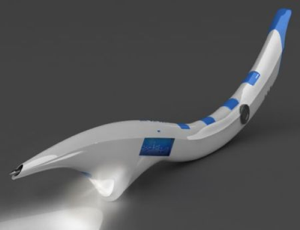 Rule of thumb: If you can’t tell if it’s a pen, a spaceship, or a rectal probe, it’s a good pen.

Unfortunately, the pens I like are usually a tad more expensive than your average pen, often involving financing, down payments, and trade-ins. Then I head off into the section devoted to different types of organizers. I’m not running a fucking historical archive out of my house, so why I think I need trays, accordian folders, folders with seven different tab positions, binders, dividers, file boxes, file cabinets, and collating machines is beyond me. I’d get this stuff home, set it up, and then spend the next couple of days looking for shit to organize.

“You’d better fucking believe I do!”

I’m no better in the paper department. Not counting toilet paper, I live a fairly paper-free life at home. But I just picked up an entire suite of products to organize it, so I suppose I feel like I need to make it at least possible in theory that I’d use it. I wind up grabbing photo printer paper, copy paper, heavy bond paper, and what the fuck, legal pads, index cards, Post-It notes, notebooks, and entire journalling systems. If a nearby business burns down and they want to rent my house and its supplies to stay afloat, I am in motherfucking business.

It gets out of hand after a while. I’ll look at furniture I don’t need, printers to justify my need to look at toner cartridges, fire-proof document safes, and will even stop in the aisle that has “office snacks” and justify buying a large container of junk food that was stale back in the Truman administration. (“Hmmm, I am running low on business Cheese Balls!”)

I’ll consider buying calculators I’ll almost certainly never use, software I don’t need (and I don’t need an HR department in my house, no matter how many family members I have, so wanting to buy HR software is just ridiculous), and industrial strength shredders that I guess I could use to shred my money and avoid wasting it like this in the future. One time, I stood in an aisle and debated buying a handheld GPS unit for a half an hour. At least if I had bought that, I might have used it to navigate my ass back to reality. 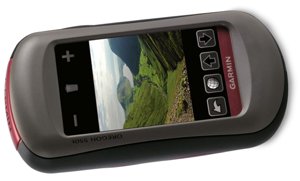 “You know where you are? You’re in the jungle, baby, and you’re going to diiiiiiiieeeeee!” – Axl Rose’s GPS

Because I can afford none of these things. I’ll approach the front of the store, overjoyed sales-people in tow, telling me things such as, “I just thought you should know, we have a sale on binding machines today”, and I’ll finally look at the cart (or carts) in front of me and think, “Good God, this is like $1,500 worth of office shit!” And I still might purchase it, except the odds of it being put to good use are approximately zero, and I know it. If I walked into a trombone supply store and picked up $1,500 worth of trombone-related merchandise, it would do me exactly as much good as that cart full of office crap in front of me.

Not wanting to look like a total asshole, I’ll make a big show of pondering my purchases, then I’ll pull out a couple of pencils and buy those. Walking out the door only $0.67 lighter, I feel good about myself, knowing that I made an adult decision and eschewed mindless consumerist gratification in favor of fiscal prudence. The poor bastards at Office Max, meanwhile, will curse my name for the next four and a half hours as they put back all of the things that I thought I needed. The Office Max near my house recently changed their hours, and are no longer open by the time I get home from work during the week. I don’t believe this is a coincidence.

On to what you missed while mulling over whether or not you need a mimeograph machine:

Tomorrow is Martin Luther King Jr. Day. Most people call it Martin Luther King Day, and leave out the Jr. entirely. I bet Martin Luther King Jr. would be fucking steamed about this. I know I would be. If I spent the better years of my life being viciously denigrated by classless yahoos, pelted with rocks and garbage, jailed, and even victimized by a vicious slander campaign launched by the FBI, all in search of basic freedoms for my fellow man, I would hit the fucking roof if people started thanking my dad for it.

“Uhhh, hello! Shot in the head for wanting equal rights for all citizens over here! Dad just sat on the couch drinking beer and watching TV all day! If you get the day off from school and play XBox all day, at least know who to fucking thank!”

(I am just screwing around, here. I know that MLK Sr. was a civil rights leader in his own right.)

A new week dawns, people. Go out there, grab it by the neck, and make it your bitch. 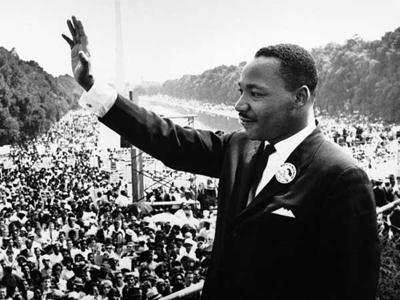 All joking aside, Martin Luther King Jr. was a great man who fought for the rights of all people. All human beings, not just Americans, owe him a debt of gratitude for opening both eyes and hearts. If more people acted on their convictions even a small fraction as much as he did, the world would be a much, much better place. Think of him today.