The Ballad Of Two-Fingered Tony 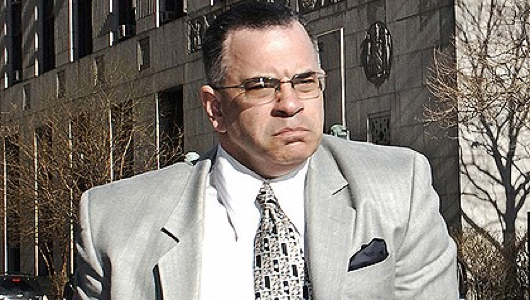 Those of you who may have followed the Bloggies most likely already know that I did not win the Best Writing of a Weblog award. This is because of a worldwide conspiracy of Anabaptists and people named Floyd, all of whom are hell bent on my destruction. Oh, and also I didn’t receive the most votes, which may had played a minor role. But that’s ok, because I am reaping rewards much greater than an invisible trophy and a check for $0.00: Email correspondence from total strangers. And we all know what happens when I get email from strangers…

I thought you would be interested in announcing a motorcycle helmet giveaway from (redacted) on your site. The helmet is valued at $250 and there are 2 weeks left in the giveaway.

[We] also have a blog post about the craziest motorcycle helmets that you may want to include on your links or links roundup page. We would love to write a unique post about these that are tailored for your site if you would like.

We do the online marketing for (redacted) and we try not to pay for links as Google can penalize both sites for it.

Also, I would be willing to build some links to your site as well as tweet about it if you do link to both of these pages from your site. Respond with the url or urls where you posted these and give me a keyword that you would like to rank higher for and we can discuss what I will do moving forward to get them ranked higher for you! Win win for both of us as we both get links and increase our rankings.

Look forward to hearing back from you!

Well, as much as I’d like to take advantage of this incredible offer (and avoid being penalized by Google for the unpardonable sin of making money), I’ve got other things on my mind.

Jesus, Mike, where have you been? I’ve been trying to get a hold of you for fucking weeks!

Listen, all of that heroin you dropped off at my place because the DEA was tailing you? It’s gone. A Vietnamese dude named Minh dropped by with a couple of large fucking goons, and they took it all. Believe me, I tried to tell them that I didn’t know what they were talking about, but they knew I had it, they knew where it was stashed, and they knew how long it had been there. They beat me mercilessly, and I spent six days in the hospital pissing blood.

While I was laid up, the DEA dropped by for a visit. They know all about you, Mike. The heroin, the whores you run from your office in Lancaster, the bank job in ’09… Everything. So you can forget about talking in code, Mike. It’s all out in the open now.

And that’s why I needed to talk to you: If the DEA hasn’t snapped you up yet, it”s probably because Minh took all the heroin and they’re looking for more evidence to tighten up their case. But, believe it or not, that’s BAD news, because Two-Fingered Tony is convinced that you sent Minh to take the heroin and you’re burning him, and if that’s not the case and you are in deep shit with the DEA, then you’re a threat to him because you could flip and sell him out. So he’s sent Fatty and Shakes to pay you a visit, and we all know what happens when those two bloodthirtsy ghouls knock on your door. Remember when they went after Honest Pete? They found his goddamn ear in a ball pit in a fucking McDonald’s Playland!

You’ve got to split, right now! Get the fuck out of town, pay cash for everything, and stay off the fucking phones and internet! Don’t tell ANYONE where you’re going, ok? Wait a week, then get in touch with Lou via Craigslist. He said you two had arranged something already.

P.S. MEMORIZE THIS. YOU KNOW WHY.