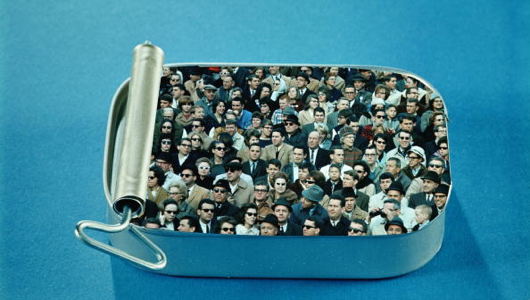 There are seven billion people on our planet. That’s a fuckton of people. A lot of people will tell you that it’s too many people, but I don’t see these folks throwing themselves under a train or anything. They want to complain about the problem, they just don’t want to do anything about it. As P.J. O’Rourke once said, overpopulation is “just enough of me, way too much of you.”

But since I live in the Western United States, where we’ve got a lot of elbow room, overpopulation is an abstract concept for me. Yes, they might be stacking them 10-high in Bangladesh, but the price of beer remains constant over here and life hasn’t changed a whole lot, so I find it hard to fret about something that I only hear about and never see.

In fact, from my point of view, overpopulation has a benefit: The more people on the planet, the greater the likelihood that some of them will do something incredibly fucking crazy. I discussed this a while back when I realized that there was almost certainly a small, but non-zero number of people that had eaten one or more of their own feet. I mean, eating your feet… That’s fucking out there, but it has almost certainly happened because with seven billion people on the planet, it was only a matter of time before one of them had just the right amount of brain damage and condiments to make it happen.

Likewise, giraffe-fucking. Here is the Poll of the Moment, which has just been closed on humanitarian grounds:

As you can see, 42% of all voters believe that more than 100 people in the history of mankind have fucked a giraffe. I mean, hey, seven billion people on the planet. There’s gotta be at least 100 of them running around the African savannah with a ladder and a hard-on, right?

And we are talking about guys here. First of all, women are terrible rapists in that they need to get their victim aroused and in the mood first, which turns a terrible, heinous act into a date. Second of all, if a woman were to try to fuck a giraffe, just dropping down on all fours and presenting in the middle of Africa is asking for trouble. Who knows what you’re gonna get? A rhino? An elephant? Bono? It’s just not worth the risk.

So, yeah, my readers believe that the number of people that have fucked a giraffe is in the triple digits. I tried to do a bit of research on this because my Google search history is already the most shameful thing in the known universe, so why not? Seriously, in the course of one week I have searched for the following terms, all in the name of cracking moronic, sophomoric, but factually accurate jokes.

Don’t ask why I searched for those things. It’s like looking into the mind of madness. 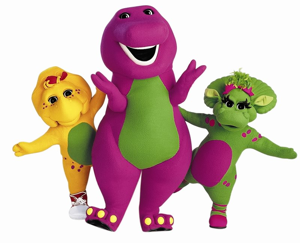 Pictured: The mind of madness

Anyway, I searched for “fucked a giraffe”, and came up with no documented instances, or even claims that this has happened. I guess that makes sense. It’s not the kind of thing you drop into everyday conversation.

“Say, Frank, your lawn is looking really good this year!”

“Thanks! Yeah, I’ve doubled-down on the crabgrass poison, and mowed it every five days instead of seven, and that seems to have made a lot of difference.”

“You know, I fucked a giraffe once.”

Now that I think about it, if you were a cop trying to solve a case in which a giraffe was fucked, and the only clue you had led you to believe that the culprit was a celebrity, that would narrow it down to two people: Gary Busey, and Crispin Glover. Admit it, which of the following headlines would be the least surprising?

It’s the last one, isn’t it? Just gave some thought to the Knee-gina. If you were a guy and you had a knee-gina, how fucking frustrating would that be? So close, yet so very, very far away. And E/R’s around the country would be continually flooded with teenage boys with exploded hip joints.

ER Doctor: What do we have here?

Young Barry Obama: But I almost had it!

Ok, now that I’ve pretty much assured myself of having the weirdest Secret Service file of all time, let’s take a look at what you missed the last few weeks while you stared at your knees and did some mental leg-origami: