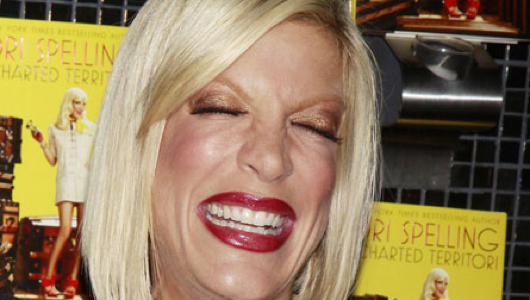 Have you heard of Uncanny Valley? Uncanny Valley is the name of a phenomena (doo-doooo-doo-doo-doo) in robotics when a robot looks and acts like a human being, but slight, hard to finger imperfections cause revulsion in people. What was intended to be beautiful is now perceived as horrifying because it just doesn’t quite look natural. It’s why Tori Spelling is so off-putting.

I saw a perfect case of it today while I was out in public: A man who looked to be in his 20’s walked by, and he just looked… wrong. It took a couple of seconds to figure out what the problem was: He wasn’t swinging his arms as he walked. Instead, they were held rigidly at his side. You don’t usually think about swinging your arms while you walk because the motion comes so naturally to you. And, in fact, not swinging them is very unnatural. Go ahead, walk around the room while hold your arms straight and motionless by your side. Weird, huh?

If you have another person handy, have them walk around this way while you watch. It’s vaguely horrifying, isn’t it? That simple lack of subtle motion has transformed an otherwise normal person into the type of person that you suspect has a bucket of eyelids lying around the house, or maybe starred in Beverly Hills 90210. 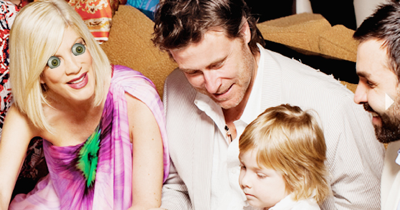 What was crazy about the guy with the rigid arms was that he was set to horrifying music as well. The second he came into view, the chorus from Tom Jones’ Delilah came on over the intercom. So, unnatural, freakshow-arms is moving across my field of visions as I hear…

…over and over again. It was the kind of horrifying scene you’d expect to see in a Cronenberg film. To see it in a grocery store made it somehow much, much worse.

The only good thing about that whole scene is that I now have a new behavior to add to my arsenal of weird mannerisms. Seriously, if you don’t have some weird go-to moves, you’re missing out. They can help facilitate an early end to all kinds of awkward encounters. Don’t believe me? Try this the next time someone annoying at the office wants to talk to you.

Listen to everything they say with rapt attention, only instead of looking them in the eye, stare them right in the forehead. When they ask you why you’re staring at their forehead, deny that you’re doing it, but don’t stop. That conversation will not last thirty seconds, I promise.

Another good one is to look over someone’s left shoulder as they talk to you. When they finally turn around to see what you’re looking at (that’ll take about fifteen seconds), turn around and face the other way. This will confuse them so badly that the conversation will end immediately, and in fact that person may never speak to you again (very handy if they happen to be selling Amway).

Another standby is the Personal Space Violation. I learned this in high school from a foreign exchange student from the Philippines. When he talked to you, he got within a few millimeters of your face, and it was extremely unnerving. We knew that it was a cultural thing with him, and we patiently explained to him numerous times that it was considered impolite to get that close to a person without wearing a condom in the United States, but he simply couldn’t overcome his conditioning. By the end of the year, students with leprosy were more popular than he was. 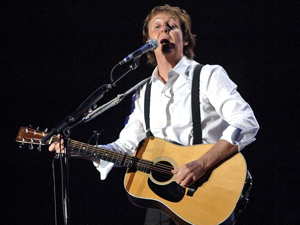 “Suddenly, I’m not half the man I used to be” – from Leprosy, written by Paul McCartney

So, Suzy in HR wants to discuss your cavalier attitude towards showing up to work on time/at all? Park yourself a few microns away from her face and ask her to tell you all about it. It will be the last conversation you have with her. (Note: This move is not recommended for women in the office. Guys are morons, and if you stand super close to them, they will try putting one of their body parts inside of one of your body parts, guaranteed. It’s like a reflex for us.)

Another good way to get people to leave you alone in the office is to execute a disgusting personal hygiene move as if you think no one is looking. This is an incredibly advanced maneuver, however, and is not recommended for anyone. I simply bring it up in order to relate the following anecdote:

When I moved to Phoenix in 1997, I worked in a large office building with many conference rooms. One day I had to make a personal call, so I went into an unused conference room and sat down in a chair in the corner next to a wall-mounted telephone. The lights were out in the room, and I was intently listening to the person on the other end of the line, so unless someone were to look closely, the room appeared empty.

Sensing some motion, I looked at the doorway and saw an attractive young woman walk a few feet into the room, and with a very relieved expression on her face, she cut the loudest, most disgusting and heinous fart I have ever had the displeasure to have witnessed first hand (and I have three kids, so that’s saying something). While I sat there, stunned, she finished up, gave her ass a quick fan with a file folder she was holding, and walked out of the room. She never saw me. 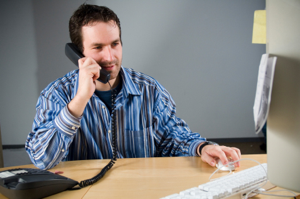 “Hi, is this HR? Great. Listen, can you tell me if we have any gas masks in stock for office use?”

“I’m sorry, I have to go,” I told the person on the other end. “Someone just pulled a drive-by.” I then had to SPRINT from the room because if anyone came in there while I was still around, I’d get blamed for everything, and seriously, fuck that. I do enough shit that gets me in trouble around the office. I don’t need to be taking the rap for other people.

I found it incredibly difficult to deal with this woman in the office after that, so much so that a coworker told me that she thought that I didn’t like her. “She said that you seem really nice and outgoing, but the second she talks to you, you get very quiet and end the conversation as quickly as possible.”

She definitely got the impression I didn’t like her after a couple of random office events a month or so later. I was standing at a urinal in the men’s room when a typical yuppie-type manager came in holding some files, a cup of coffee, and talking into a cell phone which he had cradled against his shoulder. Incredibly, he decided that he could add urination to the list of things he was doing (multi-tasking!) and as he stepped up the urinal, he dropped the files in the piss water, his cell phone on top of the files, and then spilled his coffee over the entire thing.

Needless to say, I finished up and got the fuck out of there before I laughed right in his face, and immediately upon exiting the restroom I ran across the drive-by woman saying goodbye to a couple of clients in the hallway. As she was shaking one of their hands, the other one opened a can of Coke that had apparently been sitting in a paint shaker for a few years because it erupted all over the poor woman. There was a split-second when everyone froze, and then the drive-by artist took a step to the side and I could see behind her a perfect outline of her body on the wall, dripping with Coke. I couldn’t help it. After what had just happened in the bathroom, this was too much. I laughed very loudly, right in her face.

This, as it turns out, is another way to make someone leave you alone. She refused to be in the same room as me after that, which is bullshit because after what I’d seen her do in a conference room, if anyone was going to have a problem being in an unventilated room with the other person, it should’ve been me.