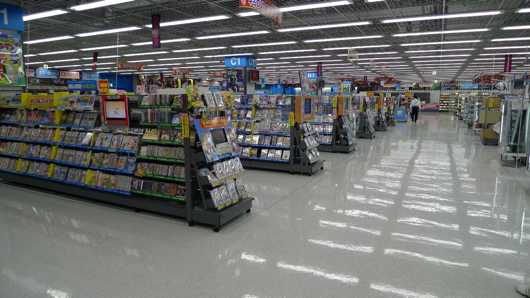 I work across the street from a massive electronics store, the type where you can buy a 100″ HDTV, a washing machine, or an iPad all under one roof. It’s a very dangerous place for a person like me to go because at any given moment I’m liable to convince myself that life isn’t really worth living unless I can buy myself a giant, remote-controlled blimp shaped like a cheeseburger. I’m not much for rampant consumerism, but this store has my fucking number. One time I went over there to buy a new hard drive on the company’s expense account. I came back with 6 inch Gumby and Pokey dolls. I’d forgotten all about the hard drive.

In case you’re wondering why an electronics store would be selling Gumby & Pokey dolls, it’s because this store was designed by Satan and there is literally not a square inch anywhere in the store that is not dedicated to impulse purchases. The aisle you have to pass down just to get in line for a register is over 50 yards long (no lie), and is loaded with all kinds of crap. “Well, I needed a new pair of headphones, but then I realized that we’re low on charcoal briquettes, and they had a pretty good deal on dry wall, and listen, you just can’t beat that kind of price for denture cream. If I ever need dentures, I’ll be all set!”

So I found myself walking through the aisle where they sell video games. Now, I’m of the first generation that grew up playing video games, and I’ll be the first to admit that I do enjoy playing them in moderation. Long gone are the days when my friends and I would smoke weed all night and play Tecmo Bowl until 5:00 AM in the morning (sigh). And do not even get me started on the whole World of Warcraft thing. I used to work with a guy who had two brain cells: One for breathing, and the other for playing World of Warcraft. And holy shit, did I hear about it.

Wow Geek: Yeah, so we had a raid last night.

Wow Geek: And my 42nd level druid was kicking ass and…

Me: Shoot me. Please shoot me in the head, right now.

Wow Geek: …and this Tyrolean frost dragon with invulnerability shows up out of nowhere…

Me: I am begging you: Shoot me now. DOES ANYONE HAVE A HANDGUN ON THEM? I NEED TO DIE! 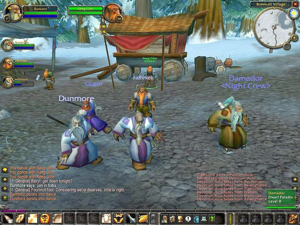 Benefit to playing World of Warcraft #47: 0% chance of contracting an STD

But I do enjoy video games even though I don’t seem to be able to find the time to play them that I use to. So I walked down the aisle and made a startling discovery. There are only two types of video games these days:

And that’s it. Of course, there are certainly people out there who can give me an example of a video game that doesn’t fall into one of these two categories, and to these people I say: Shut the fuck up. I’m trying to make a point and will not be derailed by fucking facts.

Seriously, every game was either Tiger Woods Golf or HeadShot Arena 9000, and although I don’t necessarily have a problem with either of these types of games (although I should note that I would definitely purchase a game that combined the two genres: Sniper Golf. Yeah, line that putt up, motherfucker. Take your time… BLAM!) I think that we’ve lost a lot of what made video games so magical: Whimsy.

Think about the early 80’s. (If you’re too young to remember the early 80’s, you can blow me.) What were the big video games back then? Pacman, Donkey Kong, Q-Bert, Frogger, Centipede… Each game was crazier and more inventive than the last. And you know why? Because video game programmers loved the reefer. But not just that. It was also because when you sat down to write a video game, you had a blank canvas in front of you and had to invent something. You didn’t have a 3D high definition physics engine in hand that limited you.

Although this inventiveness wasn’t always a good thing. I give you Custer’s Revenge, in which the goal was to rape Indian women. I am not making this up.

Oh, sure, there were some violent games back then too. Remember Duck Hunt? Duck Hunt was a great game if you liked shooting dogs in the face because when that smirking fuck of a dog laughed at you for not killing a duck, really, what else were you going to do? Take that, Rover, you motherfucker! But even then the violence was more abstract. You didn’t get a cloud of pink mist blasting out of the back of the duck and splattering on a wall with realistic precision. No, the duck got googly-eyes and fell down, and that was it. Hilarious.

One of my all time favorite games in the 80’s genre was Burger Time, which bravely explored the daring question: How high would you have to be in order to put money into a machine whose sole purpose was to make virtual hamburgers? Not real hamburgers, mind you. Virtual hamburgers, the kind you can’t eat even though you’re so stoned that you’d almost certainly give it a try if that fucking video game attendant wasn’t keeping an eye on you.

The goal in Burger Time was simple enough: Make hamburgers while you were being chased by anthropomorphic eggs and hot dogs. It was exactly like working at McDonalds on LSD. In fact, one of the great things about Burger Time was that if you blew off all of your homework and studying to play it, it served as valuable vocational training for a rewarding career in the food service industry. It also spawned conversations that made your average World of Warcraft player sound like a Nobel Laureate:

Burger Time Player #1: So I was trying to get the egg onto the bun, right?

Burger Time Player #1: But then the ice cream cone appeared out of nowhere.

Burger Time Player #2: Did you have any pepper left?

Burger Time Player #1: No, but I figured if I could get the ice cream cone I could just shoot across and get the hot dog on the other bun, and then he’d drop down and smash another hot dog while finishing off that burger, and I could deal with the egg later.

Burger Time Player #1: Well, then I looked down and realized that I didn’t have any pants on. Man, this is some good weed! 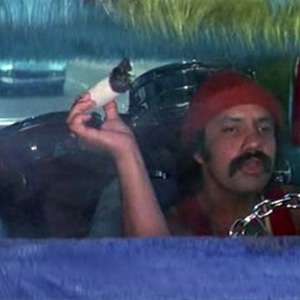 There have been plenty of games that I’ve enjoyed playing more than Burger Time over the years, but after Burger Time everything got more formulaic. There had to be levels, and a boss level at the end, and when the screen scrolled up and down instead of right to left, that was considered revolutionary.

You know what was really revolutionary? The fact that some crazy fucking stoner decided one day that he was going to devote months of his life to making pixelated hamburgers. Think about how fucked up that is. Think about how awesome that is! I’m glad I live in a world so silly that a video game designer once turned to a friend of his and asked the question, “Hey, does this look like lettuce to you?”

And not only did he ask the question, but he was taken seriously instead of being locked up and force fed pills with a funnel and a ramrod. Because in a world that silly, I look downright normal. Now if you’ll excuse me, I feel hungry all of a sudden. I’m going to make some hamburgers.