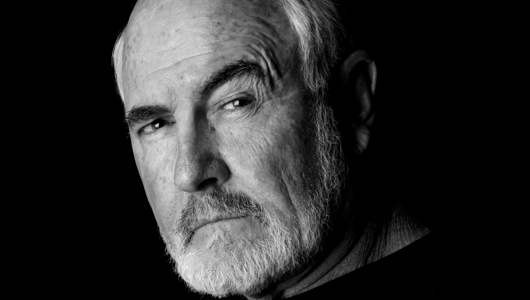 I ran across something kind of nutty today: There is a guy in Phoenix who looks exactly like Sean Connery, and you can hire him to hang around so that you can… impress people, I guess. I’m not really sure what word belongs in that sentence, actually, because I know that I wouldn’t be impressed by the fact that a friend was hanging out with Sean Connery as much as I would be… Mystified! That’s the word I’m looking for! You can hire this guy to hang around so that you can mystify your friends: “Dude, why is Sean Connery eating Funyuns on your couch?”

The whole concept seems strange to me. I can’t think of a single situation in my life when the sentence, “I wish Sean Connery was here” would have made a whole lot of sense, so I’m not sure I understand the appeal behind a Sean Connery impersonator. If I’d never wish for Sean Connery to be here, after all, it’s highly doubtful that I’d ever say, “I wish someone who isn’t Sean Connery, but looks exactly like him was here.”

Of course, if “Sean Connery” was willing to do more than just sit around eating heavily salted snack foods, I might be able to put him to good use. Sean can be a pretty intimidating guy when he wants to be, and that might come in handy during office confrontations, speeding ticket investigations, or even when putting the kids to bed at night when they’re just not quite ready:

Now that I think about it, actually, having “Sean Connery” at your command would be a lot of fun. You could really freak people out. It’s one thing to discover some random maniac crapping in your azalea bushes, but it’s something else entirely when that person appears to be Sean Connery and curses you out for ten minutes in a Scottish brogue. “Holy shit, you’ll never believe what happened to me last night…”

Now I like the actual Sean Connery, and it’s an awful lot of fun to go around saying things in his voice. (“Pass me the god damn eggs!”) But it would be terrifically funny if you were to hire his doppelgänger to go around doing really crazy shit to confuse the press.

News Anchor: In a shocking turn of events today, Sean Connery was spotted at a local day care center, swilling whiskey and spewing obscenities at toddlers. We should warn you that the following cell phone video, captured by a terrified day care staffer, may be upsetting for some of our more sensitive viewers.

“Sean Connery”: Now listen here, you lily-livered pukes: The new James Bond isn’t fit to lick my wrinkly ball-bag, and I’ll knock the snot out of every last one of you sots who says differently! And don’t you fuck with me!

I envision monthly installments of The Drunken Adventures of Sean Connery playing out on the news to great hilarity, heated denials in the real Sean Connery camp, wasted taxpayer money on criminal investigations (“DNA evidence retrieved from the azalea bushes was inconclusive”)… God, that’d be hilarious, wouldn’t it?