Where Everybody Knows My Name (Jamal) 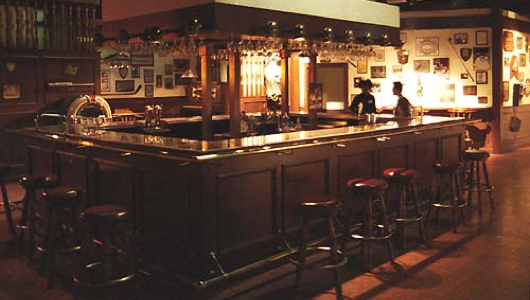 I was black the first time I stepped into a bar. You see, I attended a University with some rather relaxed rules about public alcohol consumption: Pretty much anyone could do it. The rule was that campus bars were allowed to admit people who were at least 19 years old, but they weren’t supposed to serve anyone unless they were 21 or older. This worked about as well as you would expect it to, which is to say not at all. You showed your id at the door, went inside, and proceeded to drink until you were too drunk to lie down on the ground without holding on. Then you had a few more and went home. Still, by limiting their clientele to those who were legally and almost-legally allowed to drink, they were missing out on a key demographic: People absolutely not old enough to drink. So bouncers at these bars tended to be rather casual when it came to checking ID. They’d put a thumb over the photo and wave you right on in. END_OF_DOCUMENT_TOKEN_TO_BE_REPLACED