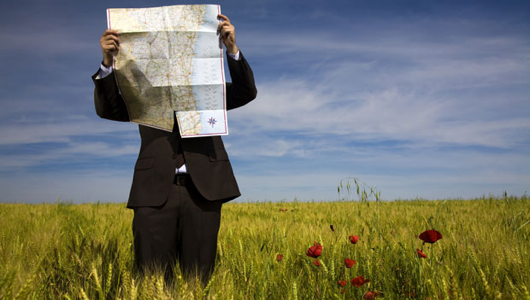 I was putting some gas in my Jeep this afternoon, when a man at the next pump approached and asked me for directions to a well known road in the area. We then proceeded to get into an argument after I provided him with simple, easy to understand directions and he insisted that I was wrong. I even pulled up the directions on my iPhone, and he still insisted that I was wrong. “You’re no help at all,” he said as he turned away. “Thanks a lot.”

The whole scene was so stupid that I couldn’t help but chuckle, and I called out after him, “Ok, lots of luck there, Magellan!” which did nothing to improve his mood.

“You don’t know what the hell you’re talking about,” he snapped.

Just then the Gods of Comedy intervened by sending a slight Asian woman to the scene. Magellan approached her and asked again for directions. “Turn left at the light, it’s about three miles North. If you hit the highway, you went too far,” she said, mimicking the exact same directions I had given a minute earlier.

Magellan blushed a dark red, thanked her and turned to get in his car. 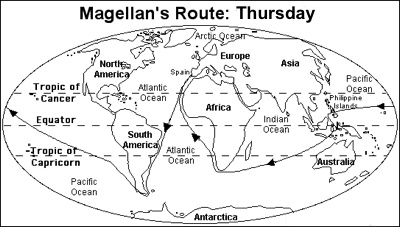 I actually haven’t been asked for directions in quite some time. The prevalence of smartphones and GPS navigation systems has almost made getting lost a thing of the past. Getting somewhere used to be a much dicier proposition, involving the following steps:

I had one friend who gave directions solely in terms of liquor stores and bars. “Yeah, you get off of I-94 in Norwood Park and take a right. At O’Houlihan’s, you take a left and drive for a while until you see Armenetti’s Liquors. Take the next left. About a mile down the road, there’ll be a bar that sells package liquor with this stupid fucking lounge across the street that once kicked me out for pissing in the bathroom sink. Take a right, then the next left, and I’ll be at the bar on the corner called the Stagger Inn. Bring me a pack of smokes, would ya’?” 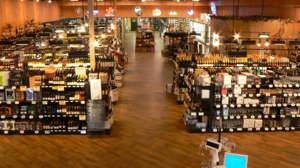 It was a great system, actually, because even if you got lost, you wound up someplace you wanted to be.

I wasn’t nearly as useful when giving directions. I lived in a rural part of Illinois, in a village nestled in a valley along the Fox River. The streets were a maze-like collection of one way and one lane roads, winding through woods, up and down hills, and you could very easily get lost if you didn’t know where you were going. Making matters worse, there was only one exit, which meant that you couldn’t just pick a direction and drive until you recognized something.

So when I was a kid, having people ask me for directions was common.

“Hey, do you know how to get out of here? I’m totally turned around,” the person would say with a sheepish grin on his face.

The guy would repeat it slowly, looking at my smiling, nodding face for confirmation, and then he’d drive off after thanking me. And every once in a while, I’d see the same guy, an hour later, and he’d roll down the window to yell at me because there was no bridge, no stop light, no railroad tracks, and the direction I sent him in would result in him finding Jimmy Hoffa before he found the exit.

That wouldn’t be a coincidence, either. Jimmy Hoffa was last seen asking me for directions.

My friends and I used to pull this gag all the time, although we stopped once we were old enough to drive and we realized how much of a dick move it is to give someone bad directions. I mean, it’s funny as hell, but still: major dick move. I imagine some woman, 30 years later, speaking to her grandkids…

Grandkids: Tell us why you only have one arm again, Grandma!

Grandma: There’s not much to tell, really. I had a mild infection in my arm, but by the time your grandfather got home to take me to the hospital it had become gangrenous and… well… off it came!

Grandpa: I spent a goddamn day and a half LOOKING FOR RAILROAD TRACKS THAT DIDN’T EXIST!

Sorry about that, grandma. 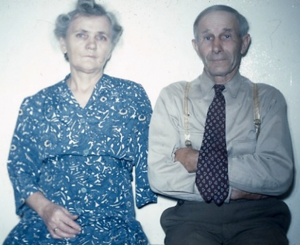 Still, there’s a lot to be said for getting lost. I can’t even begin to tell you all of the cool things I discovered driving around in the middle of nowhere while I was high. I mean, I really can’t tell you because I was fucking baked and hardly remember anything. But I must have found some amazing stuff because I kept doing it over and over and over again.

I do remember getting so incredibly lost once that I crossed some sort of cosmic threshold and wound up exactly where I meant to be. My friends and I had just attended a Who concert in Wisconsin, and all we had to do was drive the four miles between the concert venue and a campground where we were going to spend the night. But it was foggy, and I was so stoned that I was navigating by laughter alone. I remember someone looking at the time and telling me that I’d been driving for two hours without turning, which probably didn’t bode well for finding the campground any time soon. So I began throwing in random turns just to keep everyone off my back while we ingested more drugs. 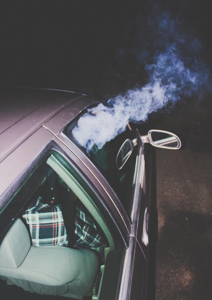 Al Gore would have cried if he had seen our carbon output. He really would have.

After about four hours of this, people were getting antsy, and I decided to pull over so we could come up with a plan. While everyone was arguing, I looked across the two-lane country road and asked aloud, “Hey, what’s the name of the campground again?”

And, of course, I was staring at a giant sign that read, “Country View Campground”. Everyone figured that I’d just been fucking with them, but I have NO idea how we wound up there. It was like getting fired out of a cannon in New York, and landing in your bed in Chicago.

(Actually making it to the campground turned out to be not such a good thing after all. There was a large sign at the entrance that read, “This is a family campground. After 10:00 PM, no music, no loud talking, no laughing.” Not the kind of place for us, really, a point that was driven home when the angry manager came to confront us at 5:00 AM and happened upon us having a loud discussion about whether or not we were out of opium. We only avoided arrest because the sheriff who had been called happened upon a tent full of teens in the middle of a wake and bake session and busted them instead. We watched that entire scene happen while high out of our minds. It was far out.) 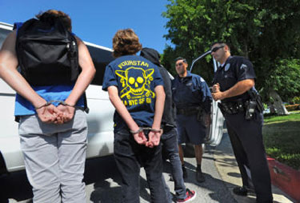 And none of this information would have been of any use to Magellan, who found himself lost even though he had perfectly clear directions. He was just having a bad day, and was intent on being upset no matter what situation he found himself in. He probably just needed a little bit of opium.