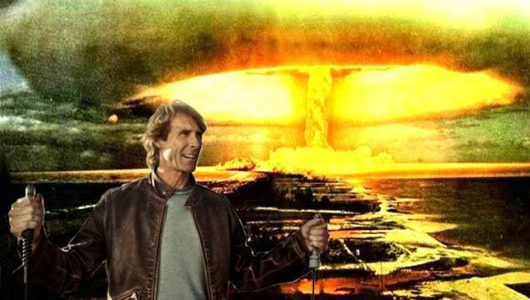 You might know Michael Bay as the producer of the Transformers movies which, if you’ve never seen them, is the cinematic equivalent of watching a lawnmower fight in a dynamite storm. Just super-brainless crap, with a body count in the opening credits. So naturally, the Samsung corporation asked Michael Bay to come to speak a few words at the 2014 CES, because if there’s one thing you want your company to be associated with, it’s movies that make professional wrestling seem highbrow.

So Michael Bay is introduced to the crowd, he hems and haws a bit, complains that the teleprompter is off, and then walks off the stage, leaving the Samsung guy standing there with his dick in his hands. Kind of embarrassing, but not really that big of a deal, or so I thought. But almost instantly the internet lit up, and stories began spewing forth with the kind of frequency that you’d associate with someone teabagging the Queen. I mean, this is news? Michael Bay is not exactly a nuanced, elegant kind of person, as evidenced by his upcoming movie KA-FUCKING-BLAMMO!!! Why is everyone so surprised that he needs extensive technical support in order to speak English words? They should just be grateful that Bay didn’t lob a couple of hand grenades into the audience before he left in a huff.

Lost in all the hoopla, however, was the real story: Samsung thinks we have shit for brains. The product that Michael Bay was there to hype is a curved television. Yes, curved. But not curved to the point where you have to duck underneath it and pop your head up inside a circular TV screen. Even watching a Michael Bay movie would be entertaining if it took up your whole field of vision. (“It’s like the horrible dialog and wooden delivery are right here in my house!”) No, the screen curves a little bit at the edges.

What’s the advantage of having a curved screen? Well, if you’re the CEO of Samsung, the advantage is that you get to gold-plate your servants, because the curved TV is going to be crazy fucking expensive, but people are going to buy it. People are lunatics when it comes to their TV’s. “Yeah, I just plunked down $12,000 on this Ultra HD, 423 inch TV. It’s got colors that only bees can see, and you can see the screen from space!” 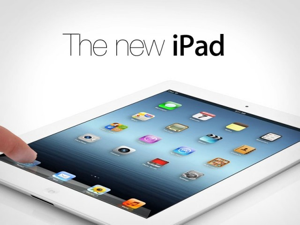 We’ve become incredibly spoiled when it comes to watching TV. Not many people realize this, but for a while in the 1950’s, they sold a color TV kit that consisted of a piece of transparent plastic tinted blue at the top and green at the bottom. The idea was that you slapped this over your screen and all outdoor scenes looked natural, or at least as natural as they would had you been drinking paint thinner by the gallon. Now we have displays that exceed the capability of people’s retinas to see them, and it’s still not good enough.

Listen, I grew up in the 70’s watching analog TV signals sent over the airwaves of movies that were shot using some sort of potato-based movie camera. When you weren’t frantically fiddling with the rabbit ears, you were squinting at the screen and asking people around you, “Is Walter Cronkite delivering the news in drag tonight?” I don’t need a TV capable of being viewed by extra-terrestrial beings that only see in the ultra-violet band. One that shows pictures visible to human beings is fine by me.

And I don’t need my TV to be an exercise in Euclidian geometry, or show things in extra dimensions, or any other crazy fucking thing. I’ve got other things to spend money on besides different ways of displaying Kim Kardashian. I can hurl invective at her using an old fashioned, cathode-ray tube TV set, thank you very much. 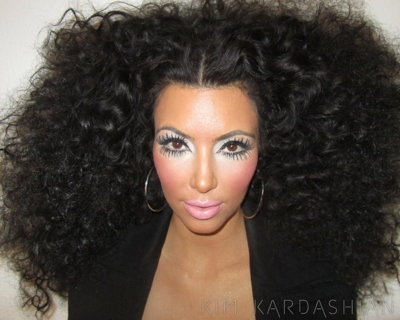 Yeah, that’s a good look. For a water buffalo.

But people seldom listen to common sense when it comes to television (witness pretty much everything on network TV). “Dude, I just got my dodecahedron, 7-D, gamma-ray, ultra-thin, mega-HD TV with optional Aroma-vision, and Seismo-Rumble floor destabilizers! And it only cost me $42,000!”

“Just asking. What are you going to watch on your new TV?”

“Ehhh, there’s nothing good on.”

I’m not one to talk, though. I’m sitting here, typing this nonsense on an iMac (fap fap fap) with a screen the size of a small Volkswagen. It doesn’t curve, or anything, but that’s a selling point in my book: It keeps Michael Bay out of the house.