A Foray Into The World Of Fine Literature 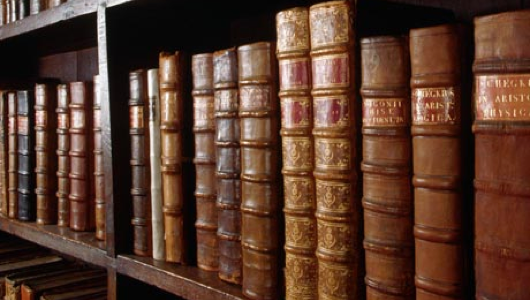 Did you know that Dogs on Drugs is more widely read than The Holy Bible? It’s true! And if it isn’t, it just seems like it should be true, doesn’t it? I mean, yeah, the Bible tells you how to get into the afterlife and all, but how many videos does it contain of Angela Lansbury masturbating in a tub? I’m pretty sure the answer is none. And what about toddlers yelling at their own asses? The Bible is strangely quiet on that subject too. Look, it’s all well and good to get into heaven, I’ll give you that. But if there isn’t going to be someone there to tell you about the sexual habits of Pac-Man (and there won’t be) you need to read up on that shit now, while you can.

Still, it wouldn’t hurt to have a few more readers, if for no other reason than it gives me more people to ask for bail money when I get caught huffing gasoline behind TJ Maxx again. The problem is, how do I go about doing that? A friend recently told me, “you shouldn’t be afraid to sing your own praises.” But apparently I don’t know how to do that, because when I started calling random people at 2:30 in the morning, I couldn’t even get the first verse of the Brady Bunch theme song out before I was showered with abuse and hung up on. So much for singing my own praises.

Other people encourage me to write a book. “You should write a book!” they say. “I’d buy it!” I appreciate the encouragement, but I don’t think they know how much effort goes into writing a book. And neither do I, for that matter, but I’m guessing that it may take upwards of three whole hours, and if I’m going to put that kind of effort into it, I’d like to know that I’d have more than one sale lined up ahead of time.

This, apparently, is where literary agents come in. As was explained to me, a literary agent takes your book to different publishers, performs various sex acts and arcane Satanic rituals to appease the literary powers that be, and in return, you go on a book tour and wind up looking borderline retarded on early morning television in some godforsaken hellhole like Duluth. Which, now that I think about it, doesn’t sound half bad. I mean, they have TJ Maxx up there, don’t they?

So, newly emboldened, I began the long and arduous search for a literary agent. According to Google, it took 0.35 seconds for me to find the Nelson Literary Agency, which immediately appealed to me because they were the first result returned, and therefore the best. Not like those derelicts and weirdos over at the Andrea Brown Literary Agency, which was listed a lowly third on my search results. Next time, show a little fucking effort, would you Andrea?

I also found that the Nelson Literary Agency appealed to me because they have dogs on staff, which is an important consideration when it comes to fine literature. (Little known fact: the first three chapters of War and Peace were written by Tolstoy’s miniature schnauzer, Earl.)

Now that I had found my literary agent, there only remained one thing to do (two, if you count writing a book, which I don’t): Let them know that I exist.

To Whom It May Concern,

As I’m sure you know, recent advances in technology have opened doors for writers that didn’t exist even as recently as ten years ago. A writer may, with a modicum of motivation and technical savvy, bypass traditional publishing entirely, placing his or her work in front of the reader in a fraction of the time it would take to go through a publishing house, and for a fraction of the cost.

And seriously, fuck that, right? I mean, you have to figure shit out, like the proper digital format to use, and how it’s not cool to use the pen name Norman Mailer for some unknown reason, and probably a lot of other things too. I am, above all else, a story teller, and I don’t have time to worry about things like whether or not the glue used in the binding causes cancer in lab rats and toddlers. And honestly, I don’t even care. (I hardly think I’m alone in this regard. I bet the author of the wildly popular Harry Potter series of books has given lots of kids cancer, and probably laughs about it with friends. What a monster.)

This is where you come in. I am in need of a literary agent who is willing and able to do the heavy lifting, as it were. Someone to venture into the very belly of the beast, face the soulless, demonic forces in charge, and say, “Hey, I’ve got a wonderful book here about a messianic hedgehog named Quinn, and I think it would be perfect for Random House!” Because no way am I going to do it. At least not since the judge issued that restraining order.

All right, let’s get down to brass tacks. Here are three books that I have written that I think may interest you. The first is entitled, The Piccolo of Regret, and it centers around an effeminate giraffe who can influence the thoughts of people named Nigel. The giraffe is befriended by Bono, and the two of them become embroiled in an international scandal involving pomegranates and Cheez Whiz. A sly parody of 18th century English agrarian policy, it is written in a style reminiscent of Cormac McCarthy, which is long on winning Pulitzer prizes and run-on sentences:

Bono would always choose the time to move on, when the shadows were long and the path in front of them silhouetted by the low-hanging African sun and the promise of this vanquished continent seemed as illusory as a ghost waiting, invisible to all that would never take heed, wailing against the African night. “Jesus, would you stop playing that fucking Piccolo!” barked Bono. But the giraffe played on.

The second book is entitled, Divine Secrets of the Ya-Ya Sisterhood, and yes, it has been written before, but my version is only identical insofar as all of the words are the same. With my name on the cover and the royalties coming directly to me, I would argue that this makes it a different book entirely.

Similarly, my third book is entitled A Tale of Two Cities Two, and is a sequel to the classic Dickens tale, only with the word “Again” appearing after each sentence.

This last book, I feel, has the potential to really take off in parts of the world where literacy is just taking hold and they don’t know any better, like, for instance, Arkansas.

I have a lot of other ideas, naturally, such as a coffee table book of Brady Bunch inspired macaroni art, but let’s not put the wagon before the horse, shall we? I can give you those ideas after you procure a check of the whopping variety from whatever jackal-infested publishing house you see fit to bring my ideas to. (Which reminds me, I’ve got nothing against Simon & Schuster, but their CEO has had it in for me ever since I ran over his trophy wife with a Lamborghini whilst high on jimsonweed. So if you go to Simon & Schuster, you will probably want to use my pen name, Jane Austen.)

I look forward to working with you, and your office dogs.

« Previous post
Men Are From Mars, Now Make Me A Sandwich
Next post »
Caillou Is A Fucking Asshole