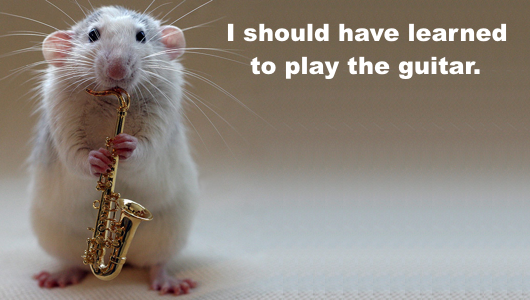 I read a study the other day in which scientists claim to have proven that rats experience regret, which is a surprising outcome that left me awestruck with wonder. Specifically, I wondered what kind of fucking drugs these scientists were on, and was awestruck by the realization that there is apparently enough money in the world that these guys were funded instead of hounded out of the scientific community (a process that I imagine involves the forcible removal of a pocket protector and/or the ceremonial breaking of a slide rule).

Really? This is what we’re studying now? Whether or not rats feel regret? “Look! Look! Subject #347a is clearly regretting eating that last piece of cheese! She’s getting on the exercise wheel again, only this time she’s actually exercising! She’s not just standing around in tights, trying to get the male rats to hit on her!” Of course, we all know how that ends: Subject #347a sticks with it for a couple of weeks, then, in a funk because she still hasn’t been able to find a guy that she likes, eats an entire cheesecake and never goes to the gym again. Within a week, she’s being dissected by a nerd with more lab coats than dates. Some things never change. Sunrise, sunset.

The very idea of studying whether or not rats experience regret makes me experience regret: Regret that I didn’t get in on the ground floor of this scientific gravy train, because obviously scientists are just using these studies to line their own pockets. I could have proposed to study whether or not bees are racist, and then when the money arrived I could’ve just flung a hornet’s nest into a Popeye’s Fried Chicken and moved on to the next study (How Do Marmosets Feel About The Color Mauve?)

I don’t understand why we’re so intent on proving bullshit things like this anyway. It’s anthropomorphism at it’s silliest: We attribute human emotions to non-human things as if that’s going to do anyone any good. No matter what we say about rats and their ability to rue prior decisions, they’re still going to rummage through garbage, carry disease, and run for Congress. We simply can’t leverage this information in any way, although to be fair I suppose we should withhold judgment until we see how Pfizer’s new line of rat anti-depressants do on the open market. 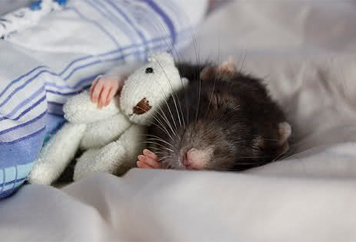 Seriously, why even bother getting out of bed in the morning?

I understand attributing human emotions to, say, dogs. Dogs are lovable, and smart, and sometimes it really does seem like they have human emotions. I saw a documentary once in which a renowned expert on dogs (read: one lonely fucking dude) claimed that what most people attribute to love in the canine species is actually more along the lines of “appease the humans”, which makes sense from an evolutionary and symbiotic viewpoint, but it still doesn’t explain why Fido won’t stop humping your leg.

Cats, though. I don’t get it when people project their own humanity on cats. “Oh, Mister Whiskers wuvs me! Oh yes he does! Oh, YES! HE! DOES!”

Uh, no, he fucking doesn’t. Cats will begin to eat their owners should they happen to die at home alone, sometimes in as little as 24 hours after death, even if there is a supply of regular food readily available to them. So while you’re wondering how much your cat loves you, he’s likely to be thinking to himself, “When you die, I will feast upon your succulent haunches.”

Rereading that, I really like how that last sentence rolls off of the tongue. Later on tonight, I’m going to call random people in Sioux City, Iowa and tell them that I’m going to feast upon their succulent haunches and write up the results for publication in a scientific journal: Statistical Correlation Between Blood Alcohol Level, Phone Calls to Sioux City, Iowa, and Visits from the FBI. And then, possibly, I’ll have a follow-up study on regret to publish. Or maybe they’ll just take my cell phone away, for good this time. I’ll let you know how that turns out. 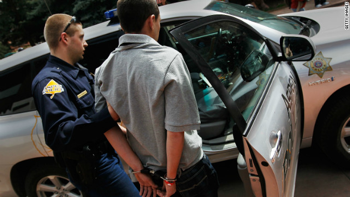 How that turns out.

While you wait, however, it is important to note that we do not have time to rest on our laurels. For all we know, the cat has designs on those too. Besides, it is only a matter of time before the torch-weilding mob that is common sense, storms the castle that is the scientific community, and destroys the Frankenstein’s monster that is a study on the efficacy of using wombats to solve sudoko puzzles. We simply must cash in on this before we’re forced to go back to preying upon the elderly and comatose to pay for our expensive gas-huffing habits. (That’s the Royal We, incidentally. By “we”, I mean “I”, and by “gas-huffing” I mean, “I am no longer allowed within 500 yards of a convenience store”.)

Luckily, I’ve sustained just the right amount of brain trauma to make the generation of zany, animal-related study ideas quick and relatively painless. So here are a few ideas for starters. We’re going to need to nominate some of us to get these studies off the ground so that the National Academy of Sciences doesn’t see my name attached to them and claim that I’m violating a court order. (To put that in scientific terms, the NAS is “biased” against me ever since I submitted a “study” that involved “research” in which I “broke into NAS headquarters and drank all of their science-alcohol”.)

Feel free to submit your additional scientific ideas below. We’ll take the best of the best and use them to launch the Official Dogs on Drugs Science Consortium & Pub Crawl Team which we’ll then use to secure funding. And once we have the funding, we’ll buy a cat and skip the fucking country. If anyone tries to stop us, we’ll fling the cat at their haunches. I’ve thought this through, and it’s foolproof. You can trust me. I’m a scientist. 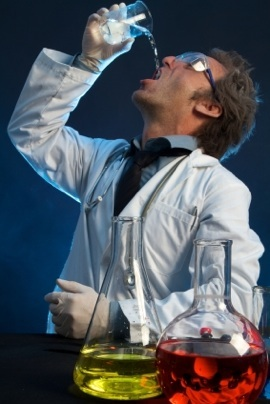