A Bad Case Of The Scaggs 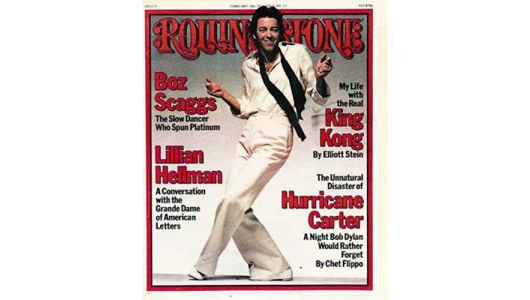 In the time that I’ve been alive on the planet, I’ve experienced an almost mind boggling amount of great rock music. The Beatles were still a band when I was born, even if they were lugging around that crazy, shrieking Japanese chick everywhere they went. Led Zeppelin came and went. The Rolling Stones… Well, they were here at the beginning, and they will outlast us all. After the nukes rain down and end this little dog and pony show that we call humanity, Mick and Keith will still manage to wheel their dried up, withered husks onstage and play Start Me Up to an audience of radioactive cockroaches and Twinkies.

The Who was pretty fucking good, even though I think Pete Townshend is a tremendous queef and everyone’s a little sick and fucking tired of their endless farewell tours. The Doors, Jimi Hendrix, Boston, Rush, Queen, Dylan, Deep Purple… The list is damn near endless. There’s been great rock music, cool reggae music, country-inflected rock, hard rock, Southern rock, and just when music seemed to have seriously lost it’s way, grunge happened along. Everyone thought grunge was this great revelation, when really it was just hard rock minus anti-depressants and regular showers. But it was still fucking cool.

Funk, soul, folk, rock, reggae, country, Americana, blues, I can think of music that I enjoy tremendously from all of these genres and more. Recently, I found myself driving home from Albuquerque. I had all of my music loaded up on my iPhone, and I started with the letter A, skipping those songs that didn’t appeal to me at the moment. Seven and a half hours later, I pulled into my driveway and I hadn’t even gotten to songs that start with the letter C yet. So much good music. So why is it that I spent the entire day humming a four decades-old song by Boz fucking Scaggs?

Goddamit, I hate when my fucking brain does that. It has to be revenge for the way I treated it in college. “What’s that, Greg? You want to recall some cool, spaced out Pink Floyd jam from the album Wish You Were Here? Sorry, you must’ve damaged the part of your brain that was responsible for remembering that. Here’s 14 straight hours of Boz Scaggs instead.” 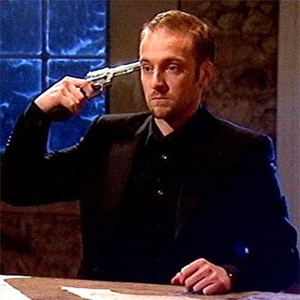 This is bullshit. Yeah, sure, I killed off major portions of my brain during college. But my brain wasn’t exactly an innocent bystander. When faced with a tsunami of booze and drugs, my brain made the choice to forget shit like my brother’s birthday in favor of retaining other, less useful information.

Mom: Greg, didn’t you get your brother a card for his birthday?

Greg: ♬ Hold the pickle, hold the lettuce, special orders don’t upset us, all we ask is that you let us serve it your way! ♬

Greg: ♬ We can serve your broiled beef whopper, fresh with everything on topper, anyway you think is proper, have it your way! ♬

Mom: How much did you fucking drink in college?!?!

For the record, I actually remembered those lyrics. They’re from a commercial that aired when I was five. My brain is obviously not a very good judge of what constitutes important information.

Which brings us back to Boz Scaggs. For those of you who don’t remember Boz Scaggs, oh, how I envy you! His is not the most recognizable name in the world, and I’m pretty sure that there are members of his extended family who haven’t heard of him. (“Scaggs? That’s a name? I thought it was a venereal disease you only caught from Taiwanese hookers!”) But my brain has latched onto the following Boz Scaggs related information and will not let it fucking go no matter how many times I jab it with a Q-tip:

Boz Scaggs Related Fact #1: There once existed a human being named Boz Scaggs

That’s it. it’s not a lot, frankly, not even enough to help you answer a question on Jeopardy unless the question was incredibly specific:

Greg: I’ll take Facts That Will Never Come In Handy for $800, Alex.

Alex Trebek: Oh, I’m sorry, you forgot to phrase that in the form of a question.

But my brain has decided to make like fucking Matlock and open up a goddamn case based on the Scaggs/Lido information, a investigation that can only be solved by hearing that one snippet of song 147 million times in a row. I didn’t know the name of the song (Lido Shuffle), or even what he was fucking singing. “Play-Doh? Jesus, Boz Scaggs wrote a song about Play-Doh?”

And it worked! After suffering through this fucking song all day, I finally looked it up, a fact that will not be lost upon the IT Censoring department where I work.

IT Censor: We’ve got a report of some unauthorized internet usage on the part of one of your direct reports.

IT Censor: Yes. They did a Google search on the term “Boz Fucking Scaggs Play-Doh”.

My Boss: I’ll tell Greg to cut it out.

Now that I know, my brain will no doubt latch onto a whole new set of useless crap, probably at the expense of me remembering my middle name after the age of 50. (Note to future Greg: Your middle name is not Lido.)

For instance, the name of the album that has Lido Shuffle on it is Silk Degrees, which sounds like a fucking deodorant for pre-teen girls. Silk Degrees? What a pussy fucking album name. Boz, I hope you got a lifetime supply of Summer’s Eve when you named that album, because if you didn’t, you missed one hell of an opportunity.

Also, the group of session musicians that played behind Boz Scaggs on this album would later go on to form the band Toto. Yes, that band Toto. One can’t help but think that a single well-placed cruise missile in the 70’s could have saved us all an incredible amount of anguish.

I did have another “fact” lodged in my brain about Boz Scaggs, but it turned out not to be true. For some reason, I thought that Boz Scaggs had written a song in the early 80’s called Monster. And I had a case of the Scaggs so bad that I just spent 20 minutes looking for it and then discovered that the song in question was not a Boz Scaggs song, but by that weird fucking dude from the B-52’s instead:

Jesus, I’m sorry. You would’ve been better off watching the video for Lido Shuffle, which is nothing more than the cover of the Silk Degrees album for four minutes – a picture of Boz Scaggs sitting on a park bench, douching. 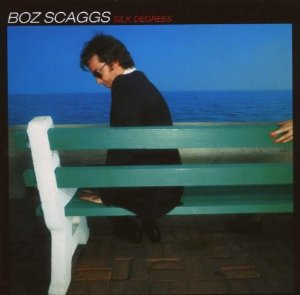 I like looking at that photo, to tell you the truth. See that hand off to the right? That’s a prostitute’s hand, and Boz is reacting in shame because he’s just discovered THAT PROSTITUTE IS A DUDE! (It also explains the sudden douching.) That’s what happens when you pick up loose “women” down by the docks, Boz.

I, uhhh, seem to have ranged rather far afield here. Ahem.

Anyway, that song was stuck in my head all day. Tune in tomorrow, when I write 7,000 words on how I’d like to punt the Yo Quiero Taco Bell dog across the room.