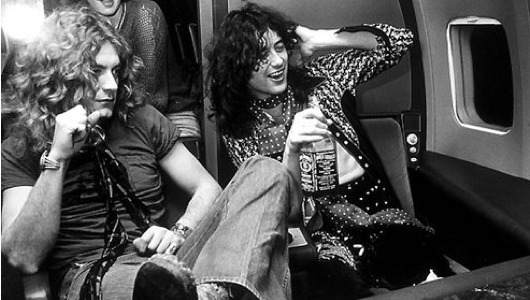 I’ve pretty much been exposed to rock music from the moment I was born. Well not the exact moment I was born, obviously. I mean, there weren’t any drum solos going on, or laser shows, and no one was holding up a lit cigarette lighter in the maternity ward when I made my debut. Babies don’t really belong at a rock show, really, except maybe when Courtney Love is in town because you take one look at her and you know damn well that she’s aborted a few behind a stack of Marshalls with a syringe full of heroin and a Dustbuster. (I’m going to just go ahead and apologize for that line right now.)

Where was I? Oh, yeah. Rock music. The first rock music I remember listening to was Abbey Road when I was three, and I’ve listened to rock music ever since. And over these last four-plus decades, I’ve taken the time to pay close attention to rock lyrics. Oh, sure, that’s probably resulted in more than a few IQ points flaking off of the top of my head. I mean, rock lyrics can be incredibly stupid. Take this line from Thin Lizzy’s 1976 hit, Jailbreak:

Tonight there’s gonna be a jailbreak
Somewhere in this town

Hmm, I’m going to go way out on a limb here and say that the jailbreak is probably going to take place at, oh, I don’t know… THE FUCKING JAIL! Jesus, those Irish rockers really love the sauce, don’t they? Want proof?

But dumb lyrics aside, I studied rock lyrics for decades and decades, and it was while listening to the radio on the way to work this morning that I think I might have finally cracked the code: Rock stars like to get high a lot. I know! Right? I’ll give you all a moment to recover from the shock.

The song that piqued my curiosity was Aerials by System of a Down. (I’d like to take a moment here to point out that even though I’m not necessarily a fan of System of a Down, I’m still with-it enough to know who they are. ‘With-it’, that’s the word I’m looking for, right? Do kids still say that? What about ‘cool’? Kids still say ‘cool’, right? Hey, where is everyone going?)

(Also, according to Wikipedia, System of a Down is comprised of four Armenian-Americans, which I think is a terrible idea. Oh, sure, Armenian labor rates being what they are, it seems like it would make sense to outsource our rock music. But once you turn to Armenia for your rock and roll, it’s only a matter of time before you’re driving down the road, humming along to The Wobbledy-Wobbledy Song, which is about a magical Yak named Bedros who roams the countryside, stealing golden teeth from Gypsies, and comes complete with a solo played on a small tractor.)

Anyway, the lyrics in question:

Aerials, So up high

…and the word ‘high’ is sung in a loud whisper to let you know that, somehow, that word is Fraught with Meaning. Rock Meaning. Do you remember The Da Vinci Code? Of course you don’t. No one does. That movie was fucking horrible. The only thing people remember from that movie was thinking to themselves, “Seriously, did Tom Hanks steal his hair from a homeless person or what?” 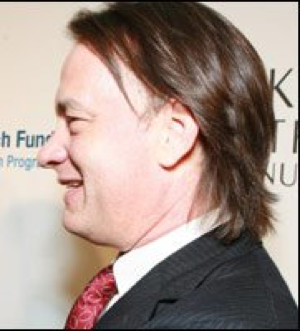 But if you were too stoned or brain dead to walk out of the Da Vinci Code, you would’ve been treated to Tom Hanks running around in the Louvre, seeing clues everywhere. I used to get like this in college.

Me: This is amazing! Have you ever noticed how all of these symbols repeat themselves?

Friend: I think you might be a little too stoned to be out in public, Greg.

Me: No, no, that’s exactly the attitude that lets them hide all of these signs in plain sight! Don’t you see?

Friend: Those are stop signs, dude, and you’re standing in the middle of an intersection.

Me: We have to locate this “Stop” character and find out what he knows!

Well, this is how I acted with rock lyrics, once I’d heard Aerials this morning. I simply had to find out what the word “high” really meant. After eight hours of research and more than one exhortation to “do the job we pay you for”, this is what I came up with:

I also seem to remember something about the Doors not being able to sing the word “higher” on the Ed Sullivan show, but then Val Kilmer did it anyway and later teabagged Señor Wences backstage. But I have to admit, I did even more “research” before the Doors movie than I did at work today, so I can’t really be sure.

Hmmm, I’ll be honest with you. When I sat down to write this post, I thought I had the Rock & Roll Code figured out, but gosh darn it, those rockers are tricky and surprisingly subtle!

Oh well, I guess I’ll have to do some more “research” and get back to you.