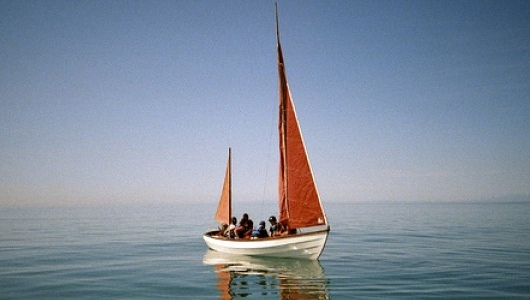 It’s that time of year again, when the entire blogosphere comes to a halt. Every summer it happens; Maybe everyone’s tired from having fun outdoors all day. Maybe the heat has baked the goddamn sense out of everyone’s head. Or maybe an entire summer vacation spent with the kids has left everyone hiding in the closet, weeping and drinking vodka in bulk. Me? I’m busy with my charity work, serving as a spokesperson for Tequila Para Los Perros. We do good work at TPLP. Every summer we round up stray dogs, get them ripped to the tits on tequila, then turn them loose in nursing homes. Why? Well… Uh… Wow. That’s a really good fucking question. Hmmm. I may have to rethink this whole thing. … Dammit.

Anyway, what’s often referred to as the Summer Slowdown is a real phenomena. There is less writing during the summer. Even the number of comments goes down, indicating that not only is there less writing, but less people are reading too. The only people immune to it are either total social outcasts, high to the eyeballs on cocaine and horse tranquilizers, or in the case of Dear Abby, both. Remember Dear Abby? (If not, then you must be one of those annoying young people. Pull up your fucking pants, asshole.) Dear Abby gave daily advice to the kind of brilliant people who turned to the newspaper industry for guidance:

I think my teenage son may be on drugs. His eyes are red all the time, and on Thanksgiving when I asked him what part of the turkey he wanted, he said, “the forehead”. What should I do?

Search the little fucker’s bedroom from top to bottom. When you find his stash, meet me behind the dumpster at Home Depot, and we’ll do a little quality testing, if you know what I mean.

Of course, that’s how we wanted Abby to respond, but she never did because Dear Abby was about as controversial as sliced bread. The closest thing to controversy I ever saw her get into was the time that she advised a bride to be to “try on your wedding shoes before the wedding,” to make sure that they were comfortable. Then some crackpot prude living in fucking Mayberry lost her shit because she assumed this was Secret Code for PREMARITAL SEX, and Abby had to take up precious newspaper column space to reassure Prudie McVirginpants that no, she hadn’t lost her mind, and that she didn’t believe in premarital sex. 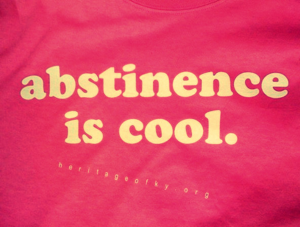 What little respect I had for Dear Abby evaporated at that point, because my take on this subject is that you should fuck the everloving shit out of your future spouse, because once the novelty wears off, you’ll find out if they have any kinks that may cause you never ending grief should you make it to the altar. Nobody wants to hear the phrase, “Bleat like a goat, bitch,” but it’s especially disturbing six months into a marriage. (And if you’re not going to move to Poundtown before the wedding, at least visit a couple of times. The wedding night is not when you want to discover that your beloved has a Tootise Roll sized dick, or a cooze that looks like someone ran over a canned ham with a steamroller.)

Another thing I remember about Dear Abby: Her competition was Ann Landers, who was her real life twin sister. I bet that made for some awkward talk around the holidays:

Mr. Van Buren: It is so nice to have you girls home for the holidays, isn’t it dear?

Mrs. Van Buren: It sure is! Abby, honey, how is your advice column going?

Abby: Great! Another five newspapers have picked up the rights for it!

Mrs. Van Buren: That’s wonderful! And Ann, dear, have you decided what you want to do with your life?

Ann: Yes! The Chicago Sun Times called, and they want me to start an advice column too!

Mr. Van Buren: STOP IT! STOP IT YOU TWO! RIGHT THIS MINUTE! YOU OUGHT TO BE ASHAMED OF YOURSELVES! YOU’RE RUINING THANKSGIVING!

Mrs. Van Buren: Oh my stars! Look what you’ve done, girls! With all the commotion, I forgot to serve your poor brother! Honey, what part of the turkey would you like?

Dear Abby doesn’t have a Summer Slowdown. In fact, Dear Abby transcends the grave: It is now run by the original Dear Abby’s daughter who cranks out solid and unthreatening advice like a motherfucker. Her advice today goes out to a reader who asks what she can do about her son’s klutziness. Her, ultra-right wing, radical answer? Prevent family members from making fun of him.

Jesus, way to suck all of the fun out of having family members, Abby. I grew up in a healthy family, and there was no end of good natured ribbing going on. And we all grew up to be fine, upstanding individuals. But don’t take my word for it. Ask my brother, Stumpy Joe, or as he’s now known, Inmate #6354119. If you pamper your klutzy kid now, he’s going to be woefully unprepared for the real world, and is likely to be beaten to death by a bunch of outlaw bikers when he accidentally falls face-first into one of their old ladies’ canned ham.

Uhhh, where the fuck was I? I have no idea, and I’m certainly not going to go back and actually read the shit that I write, so I’ll tell you what: Send me a Dear Abby-style question (comments, email, or Twitter), and I’ll answer it tomorrow. Or maybe the day after. Or the day after that. I’m feeling kinda lazy, plus I have to run out and get more tequila for the dogs.