And Now You Must Go Antiquing 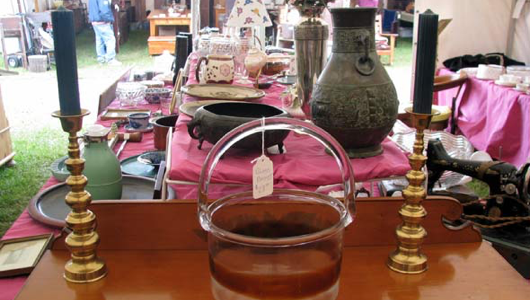 I have a friend who is openly gay. Not that that’s a big deal or anything. A lot of people are openly gay, as anyone who has ever attended a Barbara Streisand concert can tell you. But when I worked with him back in the early 90’s, Tim was the first, totally open gay friend that I’d ever had and I learned a lot from him, like how people can be complete fucking idiots when confronted with homosexuality.

Our boss, as it turned out, was slightly homophobic and didn’t realize that Tim was gay until after he had hired him. And once he figured it out he didn’t quite know what to do about the situation. So for the most part he opted to stay out of sight, something that Tim would encourage by acting effeminate every time the boss would start pestering us for things like productive work. Tim would listen to him, maintain eye contact, nod to show that he was listening, and all of a sudden he’d lilt something like, “Well slap my bottom and call me Nancy, was Monday the deadline for getting that done?” Our boss would mutter something about better communication and retreat into his office where he would spend the next six weeks.

We had another coworker, this young 20-something girl named Abigail who was a member of The Door, which is a Christian based religion often accused of being an outright cult. One day, she sent out an email to the rest of the company (all 10 of us): “I know that a lot of you wonder what The Door is all about.” Apparently the notion that no one gave a rat’s ass about her religion never crossed her mind. She tried to dispel some rumors that no one had heard, set the record straight about how keen on Jesus she was, and then tried to recruit her coworkers into her religion by inviting everyone to some church event that weekend.

Now Tim had experience with cults before, having lived in rural Indiana in the mid 70’s where he witnessed his family’s church try to revive a dead baby by placing it in a barn next to a live baby and praying to God for 72 hours straight that He would see fit to take some of the life from the living baby and use it to reanimate the dead baby, as if they were Ray-O-Vac batteries or something. And when the end result was two dead babies, they burned down the barn and disbanded the religion. (Really, I’m not making any of that up.) 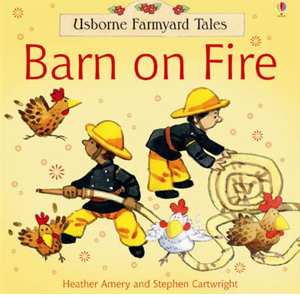 Seriously, that really happened, although when the former parishioners tell the story, it’s a little less awful.

Understandably, Tim had very little tolerance for this kind of behavior, and so he didn’t appreciate our coworker’s email. “What is this fucking bullshit?” he asked when he read the email. “I thought gays were the ones who participated in active recruitment! If she gets to send out an email like this, I should be able to do it too! ‘I know a lot of you are wondering what ass-spelunking is all about. Come to my house this weekend, bring massage oils, condoms, and a ball-gag, and I’ll be happy to show you.’ What the fuck?”

Tim then began messing with our religious coworker every chance he got, lisping his way through every sentence, rocking the limp wrist affectation, and generally acting out every gay stereotype known to mankind. “Oh, Jesus!” he’d lisp out of mock-frustration. “Lord have mercy on a poor Indiana girl like me!” Abigail, ostensibly tasked with saving this sinner, would refuse to make eye contact, a cauldron of emotions, alternating between Mega-Revulsion and Ultra -Pity.

Finally, after work one day my boss called for a meeting at a local restaurant/watering hole, something he did from time to time. Our friend from The Door didn’t have a ride, and so Tim offered her one. He probably planned on hitting a gay pride parade on the way there, just to shake her up, but instead, she rattled him.

“I’m sorry Tim, but my father says I can’t be alone with a man until I’m married.”

Finally, Tim’s shock was overcome by anger at the stupidity of the whole situation. “You know that’s not going to be a problem, right?” he asked, an edge creeping into his voice that I’d never heard before.

“Your father, huh? You know I’m gay, right? And how that means that I’m more likely to be caught fucking your father than you? You understand how that works? So you’re totally safe with me, unless you’re worried that maybe I’ll teach you how to dress like you don’t live in a Little House on the Prairie, in which case, yeah, maybe you’d better fucking walk!”

Abigail didn’t come back to work the next Monday. 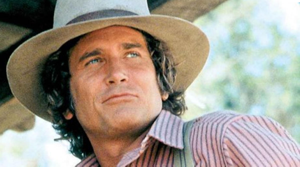 She was probably too busy helpin’ Pa mend the shed.

That was the only time I’ve ever seen Tim angry. He’s really laid back, and all of the above notwithstanding, he’s not militant or in your face about his sexuality, although he did once teach me a lesson in tolerance, albeit inadvertently.

I grew up in a far, far Northwest suburb of Chicago. The only reason that it wouldn’t be considered rural was that there was a rail line connecting us to downtown Chicago, but that was about it in terms of city living. There were corn fields, and cows, and all of the trappings of the country, including some of the bad habits such as an innate intolerance of homosexuals.

There was a game played during recess in elementary school called Smear the Queer. This more or less consisted of someone pointing at someone else and yelling ‘Get him!”, and then we’d chase him around until we tackled him, and maybe gave him a charley horse for good measure. Then it was someone else’s turn.

God, rereading that, it sounds fucking terrible, but there was no ill will behind it at all. That was the name of the game as it had been taught to us by older kids, who I’m sure were taught the game by their older brothers, etc., etc., etc. It’s not like we stood there thinking, “Man, do I hate those cock-sucking fags! Hey! Let’s hurt Jeff!” It was like overly aggressive game of tag, and that was about it.

Grown ups rarely just start chasing each other around, jamming peoples’ faces into the dirt for no real reason, so we were in little danger of that habit following us into adulthood, but this was not the case with another habit: Calling something “gay”, when what we meant to say was that it was “bad”, or “stupid”, or generally undesirable, as in “No, I don’t want to read my essay in front of the class. That’s gay.”

Now when I ventured out into the real world, I realized pretty quickly that calling things “gay” was unacceptable and morally indefensible to boot. But old habits die hard, and from time to time I would slip up, as I did one afternoon while working with Tim. We were looking up some technical details in a book and the index had referred us to page 94 which, alas, did not have the details the index had promised.

“It’s fucking gay, that’s what its problem is” I said before I could catch myself.

“What?” asked Tim, with a raised eyebrow.

Thinking quickly, I just decided to exaggerate the situation. “Yes, Tim, this book is gay. It has sex with other books of the same gender, and therefore it is inherently inferior to heterosexual books, which undoubtedly have indexes that are as helpful as they are correct. Gay means inferior. Haven’t you been paying attention?”

Tim laughed out loud and we continued our search for knowledge, but the truth was that I was embarrassed. I admitted as much to Tim a few years back, and he said, “Really? I don’t even remember that. But I wouldn’t have gotten pissed off or anything, I still catch myself saying something stupid is gay from time to time.”

I don’t think I’ve called something gay in a derogatory sense in a very long while. I only use the term when I mean it literally, as in “This is quite possibly the gayest thing you will ever see in your life:”

All of the above is true, but I had an ulterior motive for writing it: The Good Reverend Back It On Up 13 wrote a post today in which she wrote, “And whatever you do, never click on any link sent to you by Dogs on god damned fucking Drugs.” And, you know, I didn’t feel like making a liar out of her, so I made you click on that video.

And because you watched it, now you’re gay.

Not that there’s anything wrong with that.