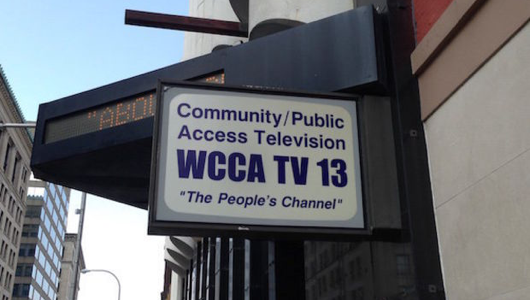 You know what I miss? Cable access shows. For those of you too young to remember, it used to be damn near impossible for your average Joe to make a complete and total fool of himself in front of an audience of millions. There was no YouTube, there were no digital videocameras, and the bulky, gas-powered camcorders of the era may have recorded video, but didn’t do anything in terms of delivery to an audience. This, for the vast majority of cases, was a good thing. And since there is no thing so good that the government won’t get involved and fuck it up eight ways from Sunday, the government created cable access shows.

The idea behind cable access was that it preserved freedom of speech by allowing citizens the same access to mass media that, say, NBC had. And if NBC operated on a budget of diddly-fucking-squat, they’d have been right. But NBC had deep pockets and the power of Satan behind it, while your average citizen most certainly did not. So there was a slight difference in the professional quality of shows being produced in the two camps, and by “slight difference” I mean a yawning chasm of difference measured in light years.

Which is exactly why I loved cable access shows. These days, people film themselves with their cell phones, upload the video to a halfway decent personal computer, edit, add special effects, and then post it to YouTube to a potential audience of billions. On the whole, people have become surprisingly good at this, and as a result you don’t see complete and total trainwrecks the way you used to when you tuned in to cable channel 2 at 3:00 AM on a Thursday night. Which is a shame, because entertainment like that is hard to beat.

Here is an example, which has helpfully been close captioned by some well meaning (and hilarious) person.

(Incidentally, I once made an appearance on a cable access show which is a funny story that I’ll tell you about one of these days.)