Global Warming Is Only Bad If It Means Warm Beer 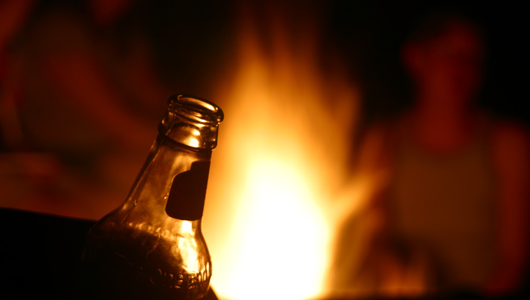 Sorry, I fell asleep there for a minute.  Global warming talk is like that.  It’s fucking boring.  You ever try reading some of the underlying science?  A group of professional bed-wetters announces that temperatures off the Ivory Coast have gone up an alarming 0.01 degree Celsius in the last 50 years.  Then a bunch of professional polluters say how there is no temperature increase unless there is, in which case we didn’t cause it.  You and I, meanwhile, are thinking to ourselves, “0.01 degrees?  Who fucking cares?”  And it turns out that we are right.

I realize that a lot of planet-saving do-gooders aren’t going to like reading this, but we need to stop with the global warming bullshit for a variety of reasons.

We’re fighting the wrong battle – Al Gore (aka Green Jesus) would have you believe that nothing less than the survival of the planet is at stake. That’s goddamn ludicrous.  The Earth has been here for 4 billion years, and it will be here for another 5 billion or so regardless of whether or not you reduce your output of greenhouse gases by laying off the chili.

Ok, so we’re not saving the planet, just the human race.  That’s important, right?  Yes, that’s important, but you have to remember that we’re an incredibly adaptable species.  It’s the reason why we rule the food chain and, say, lions do what we fucking tell them to (grace our cereal boxes, mostly).  Any change brought about by global warming may be inconvenient and expensive, and it may cost lives, but as a species we’re sure to adapt.  We always have.

Now think of all of the sudden ways we might die out as a species:  Asteroid impact, nuclear annihilation, pandemic, a gamma-ray burst in a nearby star…  We’ve got more important things to be doing with our money if we are really concerned about homo sapiens shuffling off this mortal coil.

We’re fighting the wrong battle for the wrong reasons – Pollution causes global warming, so we should stop polluting!  Bullshit.  We should stop polluting because pollution sucks in general.  It is aesthetically unpleasing, it reduces the human lifespan, and it generates horrible mascots like Woodsy Owl spouting horrific catch phrases.  “Give a hoot!  Don’t pollute!”  So very lame.  How about, “Put your fucking trash in the fucking garbage, asshole!”

People will go out of their way to curb pollution for these reasons.  Ever seen those adopt-a-highway areas?  People pay to clean up highways! But with the exception of Ed Begley Jr. and other like-minded tapioca-heads, people will not curb their pollution to prevent global warming.  The reason is simple:  It is costly, the payoff is a long way away, and the payoff itself (things staying the same) is not obvious.  The people who believe that human beings in general will think intelligently about the situation then make painful sacrifices to improve the lives of people not born yet need to remember that 8.8 million people voluntarily watched the season premier of Jersey Shore.  People in general are fucking idiots.

It is a battle that might not even need to be fought – I hesitate to get into the details of why global warming may not exist, or may not be attributable to human beings, because every time someone does that they get labeled a “climate denier” and Al Gore comes over and calls them dirty names.  (Seriously, here’s a quote from Green Jesus:  “Bullshit!  […]  Bullshit!  […] Bullshit!”).  And once Al Gore starts to pester you, you can’t get him to stop.  Chasing him off your property with a shotgun full of rock salt is a misdemeanor.

But although Al Gore would have you believe that the science is settled, it is anything but.  Here’s a petition signed by over 31,000 scientists in the United States who think it’s a crock of shit.

We can’t afford it – The price tag for Al Gore’s wacky windmill idea: $5 trillion over the next 10 years.  Meanwhile, the United States government is engaging in a new prosperity plan mainly consisting of everyone checking under the couch cushions for loose change.

It is unfair and unrealistic to expect the third world to pay for it – This is possibly the worst part of a global solution to global warming.  A poor, violent, third world hellhole like Somalia, Liberia, or Detroit needs technology to increase their standard of living.  But the richest countries in the world would tell these countries not to develop efficient industry because that makes Green Jesus cry.  So we give them a bunch of money to make up for it, it gets spent on weapons, more people die, and we can all rest easy knowing that they’re not farting up the upper atmosphere and causing the temperature to go up a millionth of a degree.

So what do we do?  Look, global warming may, in fact, be going on.  And we may be causing at least a small part of it.  But we’re going about this all wrong.  Here’s how we tackle this: