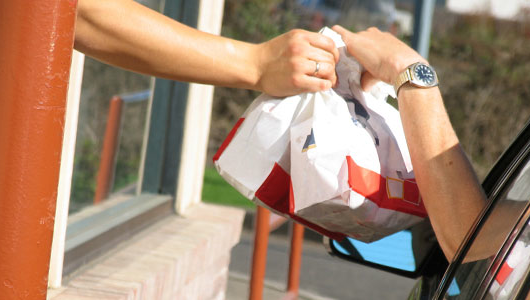 Hello, I’d like a moment of your time to discuss your job performance if that’s possible. I know, I know, it must seem that everyone wants to discuss your job performance sometimes. But that’s kind of why I want to discuss it with you. I understand that you’re working a job that you’re not all that crazy about, and you’re only doing it because you knocked up your ex-girlfriend and the judge said that you have to give her money or he’ll put you in jail so you can learn what it’s like to be the mommy for a change. I get that. But if you ever want to improve your situation in life, you need to hear this: A brain damaged chimpanzee on mescaline would do a better job than you’re doing right now, even if I were to smash its kneecaps with a sledge hammer. You suck donkey balls, dude.

Here’s the job at a high-level, the 50,000 foot view: People tell you what they want, and you get it for them. What a fucking concept, huh? And to make it even easier on you, you get to sit in an air-conditioned building with a headset that will put you in touch with these people. You don’t need to go find them or anything! It’s like God himself giving you instructions: “Hey pal, Duncan would like a Big Mac. Why don’t you get it for him!”

But wait, it gets even easier! You don’t actually have to make the things people want: Other people make them for you! Look down in front of you: See that funny looking keyboard? Yeah, I know it doesn’t look like your keyboard at home, and it definitely won’t let you find porn sites to look at. But it has pictures of things on it. Pictures of things people will ask you for. So when God tells you to get Duncan a Big Mac, you just press the Big Mac button. Simple, no? You press that button and other people will make the thing that you pressed. (Don’t look for the “girlfriend” button. They won’t make you that.)

Now all you have to do is go get those things. I know, I know, it can be hard! But here’s a couple of things to remember: There are only a couple of places these things will ever be located. You don’t have to leave the country, you don’t have to leave the state, or the city, or even the building. The places you’re looking for are less than five feet away from you. I know! Crazy, right? And to make it even easier on you, the places already have things similar to, if not exactly the same as what it is you’re looking for. So head on over there and find the stuff Duncan asked for. If you forget what that stuff is, there’s a TV above you that will remind you. No, you can’t watch Spongebob on that TV. FOCUS! 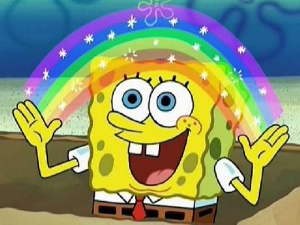 When you’re done getting all of the things on the list, you must put them in a bag (right there in front of you) and give them to the people who asked for them. Oh no! Don’t despair! That’s much easier than it sounds! You don’t have to go looking for them or anything. They will drive right up to you. That’s right!

Now you need to get some money from the people and make change. I assume you know how to do this because not only did they give you a week long course on how to operate currency, but you must know how to do it considering all of the weed and oxys you buy that cause you to act so fucking stupid in the first place. So go get the change and there’s only one thing left for you to do.

Give the nice people the bag with the things in them. Even better: read from the TV and check to make sure all of the thing the people want are in the bag before you give it to them. You wouldn’t want to make a mistake, would you? 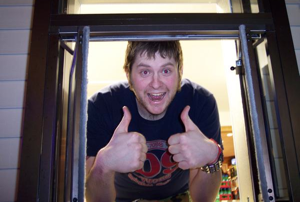 Of course you wouldn't. You're a go getter!

Well, way to fucking go, Einstein. Here’s what you did instead:

You know what? Fuck you dude. I’m talking to the manager. You’ll get fired, be unable to pay your child support, and go get butt-raped in prison for being a deadbeat dad and a dumbass. Then you can work the cafeteria in the big house and see how your shit flies in there. Hope you like taking a sharpened spoon to the ribs! Moron. 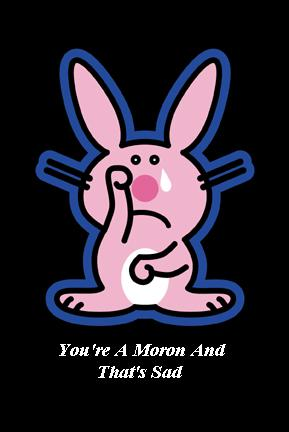 You're a moron and you make fluffy bunnies cry.

« Previous post
Our Long National Nightmare Is Sadly Far From Over – UPDATED!
Next post »
Weekly Hypothetical – If You Had To Kill 10 People, Who Would They Be?