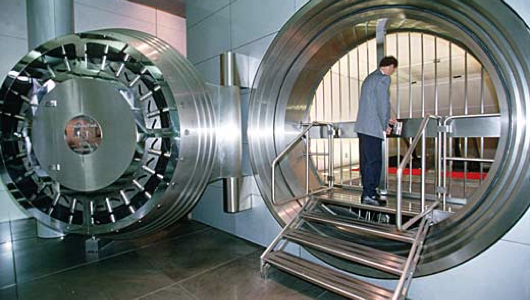 I’m going to cut right to the chase with this week’s installment of Weekly Hypothetical. I just don’t have the energy to ramble on about random shit for several paragraphs before diving into some asinine question about something mondo-bizarro like fecal transplants. Yes, you read that right: Fecal transplants. There is a medical procedure where someone donates shit, and you put it in your pooper. I am not lying.

I was alerted to this by Scientific American, which is a magazine I subscribe to because in America 31% of us honestly believe in astrology and so it’s nice to have a rational, sane, fact-informed publication there to serve as a sanity check. At least it was until SciAm started telling me about cramming someone else’s shit into my ass. Here’s the poop (rimshot!): You’ve got all kinds of bacteria in your gut that helps with the digestive process. Under certain circumstances, antibiotics can wipe out these “good” bacteria leaving you with something more closely resembling a firehose than a digestive tract. But usually that goes away in a day or two as the bacteria rebound.

But for some unlucky people, the rebound doesn’t happen. I’d imagine that this is because they have “smart” bacteria that looked around at their surroundings and said to each other, “Hey! Have you ever noticed that we live in someone’s ass? I mean, how did we not notice this before?” And another bacterium would respond, “Well, that explains the fucking smell in here!” And they’d haul ass (rimshot!) out of there to settle in a less disgusting part of the body such as the spleen. But regardless of how the bacteria leave, it really, really sucks to be without them.

This is where a fecal transplant comes in. The idea is simple: Put someone else’s shit in your ass, and the helpful bacteria will move right in, although they may complain about the condition the previous owner’s left the place in. Scientific American had this to say about the procedure: “it is minimally invasive”, which is totally fucking insane. “Doc, you’re going to put someone else’s shit in my ass, and that’s minimally invasive? Compared to what?!?” 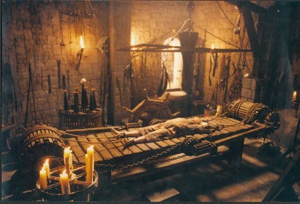 Compared to this. Your insurance may not cover fecal transplants, but I bet you anything it would cover this.

Of course, as nasty as the procedure sounds, it isn’t really that bad. It’s not like a doctor walks into the office and tosses a log at you, yelling “Think fast!” and you have to take care of business right then and there. No, they actually screen relatives to find a suitable donor because let’s face it, you wouldn’t want some stranger’s shit in your ass. Then they prepare a solution which they administer via enemas. And possibly by (hang on to your hats here, folks) running it through a tube from your mouth all the way down to your small intestine. Say ahhh!

Ok, so I’ve made a bit of fun about this subject because it involves a bodily function that is not normally discussed in sober terms. (It’s certainly not being treated soberly here, for that matter. Hic!) But it is a viable treatment that ends suffering in people who desperately need it. That is why I am asking all of my readers to flip over their driver’s license and fill out the organ donor section by checking the box marked “Other” and filling in the word “Shit”. It’s the gift of life, people!

On to this week’s hypothetical question which comes from email correspondent Jendrix:

How much money would a bank have to have in it before you’d consider robbing it? We’re not talking Fort Knox here, just an ordinary bank.

Jendrix, it may shock you to read this, but I would love to rob a bank. I mean, who wouldn’t? You watch movies like the Italian Job and you think to yourself, “Man, I would fucking NAIL Charlize Theron!” And you also think, “Stealing looks like a lot of fun, actually.” Because in the movies, it always is. You get the planning phase, where everyone has super-detailed blueprints of banks because banks always put that shit on their web site. And they’ve researched how to break into the vault because they know what kind of vault it is. Ditto for the alarm system, the locks on the door, the amount of time it takes the cops to respond to a call in that neighborhood, whether or not the bank floors will have been waxed recently, as well as what color thong Charlize is wearing. (Trick question: She rocks the unfurnished basement, if you know what I mean.) 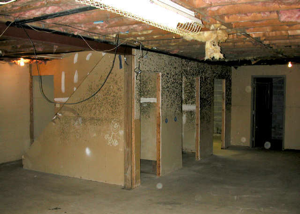 Hell, by the time they’ve gathered all the intel, it has become apparent that even mentally challenged squirrels could probably pull the job off, so they proceed into the execution phase in which everything is going smoothly except something totally trivial pops up and fucks things straight to hell. Like, a toddler on a tricycle notices the barrel of a gun protruding from one of the bank robber’s pants and tells his daddy who happens to be the head of the local FBI branch (random bank robbery division).

And so now the getaway phase kicks in where shots are fired, tires squeal, and Charlize fearfully grasps my massive biceps while I manfully corner my muscle car into an alley, and while the cops blow by unawares, I kiss her roughly and say, “Time for a break, baby” and lower the bucket seats… Sorry, I uhhh, lost my train of thought for a minute. Where was I?

Oh yeah, the getaway phase. It is extremely important that during this phase, the one guy on the team who everyone is unsure about decides to make a grab for the loot himself. Usually he says something like, “It’s nothing personal” but then right before he blows everyone’s heads off, it turns out that you had one more crucial piece of intel: This guy is a stone-cold asshole, and you secretly filed down the hammer on his gun. So you off him and end the movie by cleverly hopping on a train, but jumping off the train to avoid the FBI at the next station and into a river where a submersible awaits which you then pilot to a country with no U.S. extradition treaty.

How fucking cool would that be? I rob a bank for four fucking dollars if it was going to go like that. Who wouldn’t? Well, I wouldn’t. Not because I’d have some moral qualms about doing so (although in reality I would), but because I’d fuck it up. I’d obsessively think through every detail and become 100% certain that I’d planned for everything, and then I’d park the getaway car in a tow-zone. Or I’d accidentally close the bank vault behind me and have to wait for the cops and the bank manager to come let me out on Monday. I have no experience, and so I’d undoubtedly do something incredibly stupid. 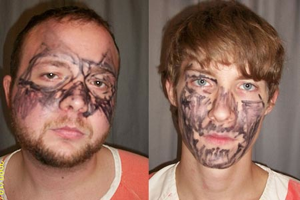 Still, I'd be smart enough to invest in a ski mask.

The other reason I wouldn’t go through with it is because I’ve seen the HBO series Oz. You ever seen that show? That show scared more kids into law abiding behavior than that retarded show Scared Straight, that’s for damn sure. Kids won’t listen to their parents, or a judge, or even a hulking 350 pound guy screaming in their face about using them as a personal sex toy. But they’ll watch Oz and think to themselves, “Wow, getting gang fucked then beaten unconscious by seven dudes doesn’t look like a lot of fun!” Worked for me, anyway.

So, Jendrix, due to the fact that I watch HBO original programming, I would never rob a bank, regardless of the amount. Unless Charlize Theron is involved. 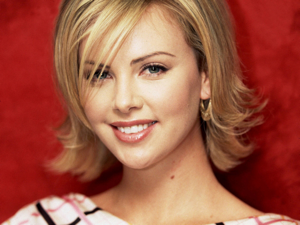