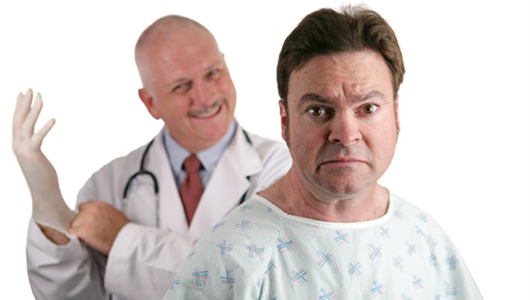 For those of you who happened upon this site because you were searching for good health care advice on Google, well then you are in luck. Dogs on Drugs has long been known as a source of vital medical information such as how you shouldn’t let trannies put things in your butt. As a pillar of the medical community, we look forward to providing you quality health care-related information until such time as you send us an angrily worded email containing the phrase, “And the doctor says that you should NEVER put super glue in there!” at which point we will pretty much fall over laughing, because we do that a lot over here.

Anyway, I have had the “opportunity” to spend plenty of time in a hospital for someone who is “only” forty-three. This is because when I was thirty-five, I was admitted to the hospital to get penile reduction surgery. Hahaha, just kidding. I actually had cancer. Isn’t that a hoot? And so I sat in every waiting room, every examination room, sat in front of all kinds of crazy fucking machines including one (and I am not making this up) that had never been used and so they gave me a $25 gift card to Starbucks for being the guy who lay down in it while everyone else was ducking behind the control console.

And if there are two things that I learned about during that whole ordeal, they are that doctors are way stingy with the morphine, and you can pretty much fuck with anything and anyone in the hospital and get away with it. I mean, they’re charging you $76 for a band-aid, $187 for an aspirin, and a shocking $423 for in-room adult movies which is fucking outrageous given that they disable the nurse’s call button while you’re watching (dammit). And if you’re paying that much, you’ve got a right to do pretty much anything you can think of. 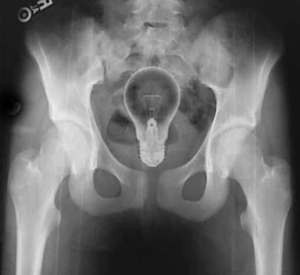 Of course some people are willing to go a little further than others.

For instance, when I had complications that mimicked heart attack symptoms, I was immediately wired up to an EKG, and then a remote monitoring system and left for hours in the examination room with my wife because, you know, heart attacks are a personal thing that you really only want to share with family. After a while, I got bored and decided to test the monitoring system. “What are you doing?” asked my wife as I hyperventilated and then held my breath. “Testing!”

Thirty minutes later, I pointed to my printout, specifically the section where all of my vitals started going goofy and said to the attending physician, “Look at this! I should have been shot full of morphine a half an hour ago!” The doctor looked at the printout while my wife said, “Don’t listen to him. He did that by holding his breath and hyperventilating.” The doctor’s answer? “Cool!” They don’t care. Goofy patients are the best part of their day. Way better than telling people they’ve got butt-hole cancer.

Hospital furniture is also great fun to fuck with. Those exam tables are brimming with all kinds of shelves, steps, and paper in case they make you wait so long that you shit yourself: You don’t even have to get up from the table to wipe. Plus, if you’re really bored, you can wrap yourself from head to toe and shuffle around the hospital pretending that you’re The Mummy. I’ve found tables with switches that cause the table to tilt, or lift, or start sucking in air in a vent in the back. That last one is probably to get rid of the BO smell when they have to provide medical care to vagrants. Some of the switches don’t seem to do anything, but I like to picture someone in an oxygen tent in a room on the other end of the hospital who suddenly has a little bit of laughing gas mixed in, and so I press it about a hundred times. And then I pay attention in case I’m wrong and a nurse running by says, “I don’t know what happened, but Mr. Michaels’ IV drip just gave him a quart and a half of liquid Viagra!” 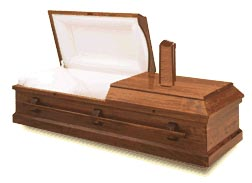 A Viagra overdose is no laughing matter.

Hospital beds are also great because they’ve got a million levers and ways to tilt the bed. I swear, when you get good with those things, you can practically spell out the alphabet with your bed, which is a lot of fun unless you’ve been admitted with a spinal cord injury. And wheelchairs? They ought to just start calling those things “hospital racers” because that’s all anyone really wants to do with those. However, if you use a crutch like a paddle you can pretend you’re in the Lewis and Clark expedition, navigating the Columbia river in search of beaver pelts and Indian Casinos. (Seriously, it is hilarious to do this, especially if you do the documentary narration loud enough for others to hear.)

Of course there are the standard ways of passing time, such as licking the tongue depressors and putting them back, or playing with the box of rubber gloves they have in there. If you have kids waiting with you, an inflated rubber glove is always good for makeshift games of volleyball, and if one of the kids falls down and busts his head open, what the fuck, you’re already at the hospital, so who cares?

But for my money, fucking with the personnel is the best. I once had to get a medical procedure known as a CT Needle Biopsy. They put you in a CT scan machine with a needle in your chest. Then they advance the needle a little bit at a time, rescan, look at the results and basically the point of the whole thing is to get that needle where it needs to go without stabbing you in the heart or something. I had been told repeatedly over the course of two weeks that I would need someone to drive me home from this procedure. Every time they called, for any reason, they’d always say, “Oh, and Greg… One more thing. Please make sure you have someone to drive you home. You cannot drive home from this procedure.” 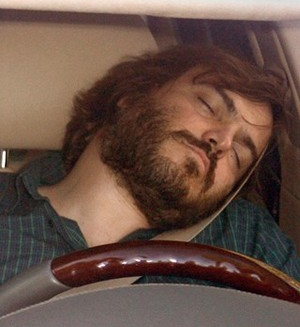 Don't tell me what I can't do! You're not the boss of me!

When the day came to get the CT needle biopsy, trepidation soon gave way to shit-eating grins because for the only time in my life, the doctors finally made with the morphine. If you’ve never had morphine in a real dose, this is what it is like: Picture being in a warm and toasty bed, wrapped up in the softest blankets imaginable while gorgeous masseuses simultaneously rub every inch of your body. Now imagine being stoned and every cell in your body is having an orgasm. That kinda gets close to what it’s like. It is awesome, and it is why you can’t drive home after a CT Needle Biopsy.

After the procedure was over, the nurse sternly asked me, “Greg, who is here to drive you home? What is their name? I can go get them for you.” I was still pretty fucking doped up, but not too doped up to have a little fun. “Drive me home? No, I rode my motorcycle. Why, is that going to be a problem?” While she sputtered helplessly, the doctor looked over at me and started cracking up. “Nawww, I’m just fuckin’ with you. Can I have some more morphine?”

A lot of people are scared to touch anything in a hospital. Not me. “Hey, think we can blow bubbles with the shit in this vial? ‘Rabies’ kind of sounds like ‘bubbles’!” You’re pretty much going to pay for everything in that hospital, plus the Porsches and BMW’s parked outside of it, so go nuts. Pull pranks in the OR, perform a skeleton puppet show with the X-Ray machine, or just go down to the blood bank and have a good old fashioned blood fight. 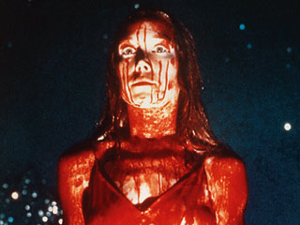 About the only thing you can’t mess with are the other patients, but really, if no one really cares what you’re doing, it’s only a matter of time before you walk into a patient’s room, confidently pick up their chart, whistle as if you’d just read something horrible and then say, “Well, I guess it’s colostomy bags for you from now on, huh? We’ll be right back to perform the procedure”, and then briskly walk away. That, by the way, is really funny if the person happens to be there for something minor, like stitches.

Fuck with hospitals. Why not? I mean, it’s not like they’re not fucking with you. Have you ever gotten test results back via an automated phone call? “The results of your test are back and you have tested… ” and then the computer voice takes like a ten second break, just long enough for you to start mentally running down who you’re going to stiff in your will, and then… “Negative for spontaneous decapitation.” Whew. Tell me that pause wasn’t put in there by some wise-ass hospital administrator. Not that I want to find out, but I wonder what happens if you test positive for something. It’d be like listening to a morbid Movie-Phone listing. “Your test results for terminal schlong cancer are in and you have tested… positive. To listen to a list of funeral homes near you, press one now…” 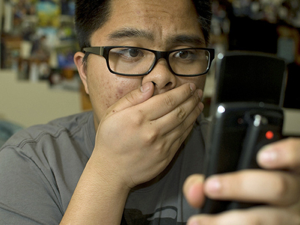 Oh no! My schlong!

In fact, I think that’d wind up being the best way to fuck with a hospital. Fuck with their billing department. Those guys are goddamn humorless. When they call up to arrange payment for the $46,395 bill you rang up when you broke a pinky, give them the Movie-Phone treatment:

To arrange for payment to take place sometime in this century, press one now… 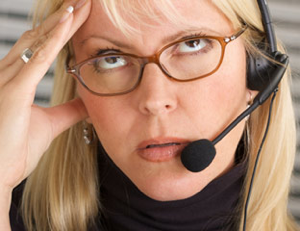 I do not get paid enough for this shit.