I Cheated On My Massage Whore 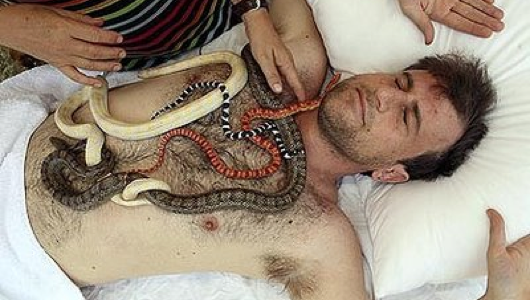 A couple of months ago, I mentioned that once a month I pay another woman to give me physical pleasure. And my wife is ok with it, because the same woman physically pleasures my wife too. Alas, while this may have been the opening for an awesome letter to Penthouse Forum (“I never thought it would happen to me, but…”), it is actually a description of the massage situation in our house. I decided that since we have to lug the fucking kids around while they are in the throes of sugar seizures and whatnot, we should have some way of working out the kinks, relieving the stress, and being away from them in a sound-proof room for an hour, and so we splurged and signed up for monthly massages.

Finding the right masseuse was not easy. The first one I had communicated only by shaking my limbs. So our conversations went like this:

Finally, my wife and I wound up with a nice young woman in her 20’s who is friendly, has a good touch, and doesn’t communicate with you by pretending you are a fucking Shake Weight. But the last two weeks my family has had a very hectic schedule and I had to change my massage multiple times, finally giving up and deciding to schedule something with a different masseuse. Yes, I’m cheating on my massage whore.

I felt bad enough about it, but when I got in there the new masseuse went over the paperwork and immediately started changing shit. “Go ahead and disrobe to your comfort level, and I’ll start you off on your back.” “On my back!?!?” I asked with the same level of incredulity as if she had told me that we’d be starting off with me doing a handstand. “I don’t know if you didn’t get the memo, massage whore mistress, but this is NOT HOW IT IS DONE!” 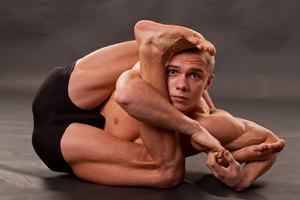 Also not how it is done.

Seriously, it blew my mind, and so then I started noticing the differences in massage techniques, of which there were many. For instance, my massage whore stands the entire time. My massage whore mistress begins the session while she is seated. This is fucked up and wrong. I am supposed to be the one relaxing here! Also, when she is in this seated position, she does this thing where she cradles my neck in the crook of one arm and pushes against the opposite shoulder. It probably feels good, but the only thing I was aware of was the fact that her boob was resting on my forehead. “Ummm, wow. There is a strange boob on my forehead,” I thought. “That’s weird.” Then, out of a sense of symmetry, I suppose, she switched shoulders, or more to the point, she switched boobs. “Ok, now I’ve got a different strange boob on my forehead. What a weird day I’m having.”

Another odd thing she did was when she was working on my calves, she raised my lower leg so it was pointed at the ceiling. (This was while I was lying on my stomach, so it wasn’t some kind of painful method to look at my crotch, my leg just bent at the knee.) Then she hopped up on the table with me in order to… I don’t know, honestly. I guess she did it to get better leverage or something, but I can’t entirely rule out that the floor turned into lava for a minute or two.

The massage itself was fine. Her technique relied on pressure points more than manipulating muscles. But it was so different I really couldn’t enjoy it. “What will she do next? Will she ask me to hold a large halibut while she dances the Watusi on my hamstrings?” It is distracting when you know that you’re naked, under a sheet, and a strange woman is going to do something to you, but you don’t know exactly what. 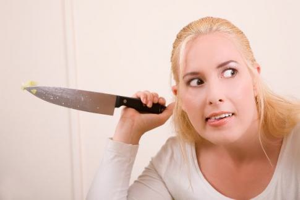 It’s funny how things can change in trivial ways, but if it is not what you’re expecting it can really mess with your head. For example, my wife hails from Minnesota, the Land of a Thousand Lakes (and also the Land of a Thousand Seasons Without a Superbowl Win). Things are a little different there. When we first started living together, she would say strange things like, “Do you want to have Tuna Hot Dish for dinner?”

Me: Tuna Hot Dish? What the fuck is that?

Wife: Well, it’s got tuna, and pasta, and cheese, and a bunch of other stuff, and it’s baked in a casserole dish and…

Me: Is this a Minnesota thing? Because it’s fucking retarded. You don’t have to describe the relative temperature of the baking vessel. I can figure out that it’s hot when it comes out of the fucking oven, you know.

Me: Ok, so what’s this one in your recipe book here? It’s called Tater Tot Hot Dish.

Me: I know that. Why is it called Hot Dish? It’s got totally different ingredients, so the Hot Dish part has to come from the thing you’re cooking it in. Do I call everything I cook on a cookie tray Something Cookie Tray? Like “Chocolate Chip Cookie Tray” or “Croissant Cookie Tray”? No, that would be fucking moronic.

Wife: What would you call it?

Wife: It is too! You call the dish by its name, casserole, we just call it hot dish.

Me: Yeah, because multi-syllable words are tough when you’re from Minnesota, I get it.

…and on and on and on. I’m really surprised we haven’t had more rolling-pin induced concussions in my household because little differences like these can really cause the fur to fly. 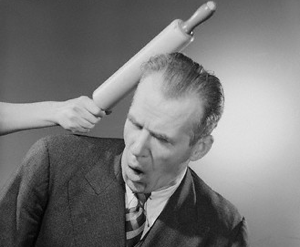 This fight was over whether toilet paper rolls should dispense sheets in the overhand or underhand method.

Another difference that always stands out in my mind is with grocery stores. When I grew up in Illinois, we had two main grocery stores: Jewel Foods and Dominick’s. Two solid institutions with mature sounding names. But once you ventured north of the border into Wisconsin, you ran across Piggly Wiggly. No shit, that was the name of one of their prominent grocery store chains. Hell, it still is! What the fuck is that?

The first time I ran across that store, I was totally mindfucked. Who in their right mind would name their store Piggly Wiggly? I mean, What. The. Fuck? But they’ve got the same food in there that Jewel does, the only real difference being that the founder of Jewel Foods didn’t have a pig fetish. But that one difference is enough to put off anyone. When you live in Northern Illinois, Wisconsin is kind of like your back yard: An outdoor place that you feel you can explore drunk and/or naked, and so I spent a lot of time up there with friends. Not one of them saw Piggly Wiggly the first time and didn’t laugh. “Dude, let’s go find a real grocery store so we can buy some beer. They just fuck pigs in there.” That was the common reaction.

But like anything else, Piggly Wiggly is completely normal to those who are used to it. Those people would probably come south into Illinois and snicker to themselves, “Jewel? What the hell?” And as long as they could buy the ingredients for Spaghetti Hot Dish, it wouldn’t really matter to them, the pig-fucking weirdos. (They probably want you to start on your back too.) 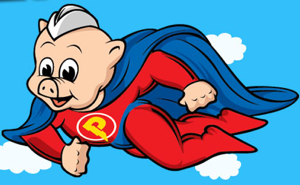