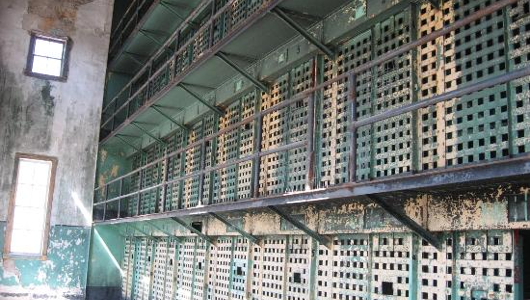 I took my kids to the Museum of Natural History today, and with all of the dinosaur bones and other cool things in there, the one exhibit they liked the most was the jail. They had a replica of an 1800’s-era jail and my kids (especially the boys) were fascinated by it. A little too much for my liking, actually. I kept pointing out the negatives, like the fact that there was no TV, no Playstation, no LEGOs, etc. They didn’t care. “Look! Metal bunks! Daddy, shut the door and come back for us later. In four hours.” Pretty tempting, to tell you the truth, but it’s hard to explain to the police that your kids are missing because someone let them out of the jail cell you put them in, or at least it’s hard to explain that to the police without them tasing you in the nuts when you’re done.

So I played the role of responsible father and removed them from the jail cell. We were having a really good time, and then my twelve year old daughter absolutely cracked me up with a great line. There was a turtle in the lobby with a translucent shell. Noticing that my daughter was trying to remove it, I said, “That’s for donations. See the slot in the top of the shell? I don’t think they want you playing with that.”

“Figures,” she said. “If you want the money, the top has to come off.” I laughed at that for a while, until I realized, “Holy shit! She’s twelve! She’s not supposed to be making jokes like that!” But before I could confront her, my six year old son dropped an f-bomb. Seriously.

He was in front of the fossilized skeleton of a wooly mammoth, and there was a puzzle made of large pieces on the floor. He sat there, patiently putting it together until he realized that he was missing one of the pieces. “Fuck! I’m missing a piece!” Now, believe it or not, I am very good about not swearing in front of the kids. When the kids are in the room, my daddy filter goes up and stays up. So I knew that he hadn’t gotten that from me.

“Where did you learn that word?” I asked.

Fucking Youtube. I intentionally put the kids’ laptop in a spot in the house where I could easily monitor it, and I thought I’d been doing a good job. “When did you hear that word on Youtube?”

“Last week, when we were at mommy’s house.”

Point: Daddy. I spent the next few minutes patiently explaining how that is a very naughty word, and how he should never use that word. Fucking kids, huh? Always fucking doing some fucking thing or another that makes you fucking crazy. 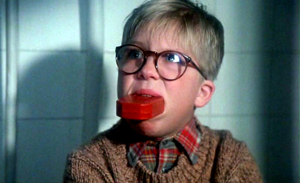 Seriously, where does he get that fucking behavior?

My four year old, on the other hand, made me laugh in the most innocent way possible. We were having some ice cream at Dairy Queen after we left the museum, and the boys wanted to hear me tell them a story. This is something they’re into lately since I invited them to make up stories for bed time last week. So I made up an extremely short story, then asked my four year old to tell me a story in return.

“Once upon a time, there was a Dairy Queen, and people went there to eat ice cream. We win.”

“Wait, what did you say at the end?

Not ‘the end’, but ‘we win’. That’s fucking awesome. How many stories would be elevated from good to awesome just by adding that at the end?

“Anyway, the ambulance took our boss to the hospital and he had to have an operation to have the dry erase marker removed. We win.” 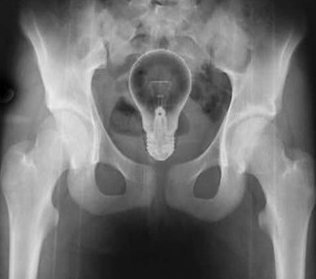 Also, it turns out he’d been stealing things from the janitor’s supply closet.

On to the week you missed when you were trying to explain why the f-word is something you shouldn’t say while simultaneously trying to avoid explaining what it means.

I was reminded of the following video by a random Tweet that caught my attention today. I’d imagine that there are not too many of my readers that remember the days when Lawrence Welk was still on the air. Suffice it to say that Lawrence Welk appealed to the old guard, the people who thought that the country went straight to hell when Elvis Presley first appeared on television. They lived in a world of buzz cuts, horn-rimmed glasses, and secret wife beating. So of course they didn’t know what the word “toke” meant, which led to this wonderful clip:

On to the new week. Try to keep it below the line, people.