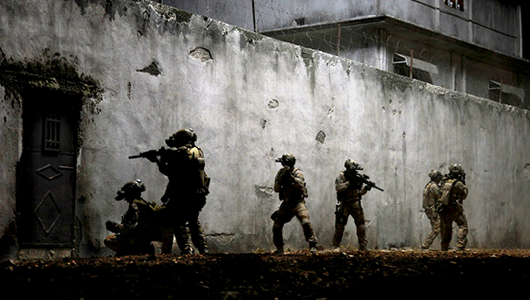 I hate when technology fucks me up. I realize that everyone hates that, but I really hate it. This is because I’m in IT (aka a computer guy, propeller-head, dork, etc.) There’s not a problem that can come up that I don’t think I can solve because of my awesome technical skillset. A live nuclear weapon could drop in my front yard with a digital timer counting backwards from 0:10, and while everyone else was hugging their loved ones before they turned to vapor, I’d be all, “Ok, relax. This weapon’s motherboard is probably running on a custom UNIX kernel, and if I can find a way to get myself into a sudo-enabled command prompt…” and that would be the last thought in my brain before it was blasted beyond Pluto’s orbit, because skillset or not, I’m a fucking idiot, but I think I can solve anything.

Case in point, the Playstation Entertainment Network. I discovered that the movie Zero Dark Thirty is available to stream on Amazon Instant Network, and so I blew off everything else I had planned to sit down and watch it. I saw it in the movie theaters, and of course it’s based on true events, so I don’t know what it is that I expect from this story the third time around, but who knows? Maybe it’s a new director’s cut and in this one the CIA has to battle Zombie Bin Laden on the steps of the Lincoln Memorial. Wouldn’t that be awesome? (Note to self: Crank out that screenplay before Spielberg beats you to it.)

Anyway, I sat down to watch Zero Dark Thirty on my TV through the Playstation 3, which has the Amazon Instant Video application that I use to empty my bank account each month by renting every animated movie in the history of mankind for my kids. I opened the app and… Nothing. A blank screen.

“That’s ok,” I thought to myself. “I will use my superior technical knowledge to fix this problem.” I then spent an entire hour turning things off and on, changing DNS servers, uninstalling, reinstalling, and updating apps, etc. Finally, I decided to contact Amazon Customer Support through an online chat.

Me: Yes, I can’t access Amazon Instant Video on my PS3. I get a blank screen.

Jahalawalabalad: May I ask your name?

Me: Greg. But now that I look at it next to your name, I’m kind of overcome by feelings of inadequacy, so let’s say my name is Gingabingadingadoo.

Jahalawalabalad:  Ok, Greg, for security reasons can I get your email, name, and billing address?

Me: Well, my real name is Greg, but remember, I’d like to be called Gingabingadingadoo. I’m afraid I’m going to have to insist on this. (gives info)

Gingabingadingadoo: Yes, and I restarted the router, the cable modem, changed the DNS servers, and uninstalled/reinstalled the application. What now?

Jahalawalabalad: I understand your frustration, Gingabingadingadoo. Please hold on while I research your issue.

(Jahalawalabalad has left the chat)

Yes, my good long-name-sharing friend Jahalawalabalad bailed on me, the fucker. So I sat there fucking around with things and managed to get an actual error message this time around. “The Sony Entertainment Network is currently undergoing maintenance.” Concerned that a company that does a zillion dollars in sales in the US would actually schedule maintenance during prime time, I went to the Sony Entertainment Network knowledge base and was greeted with the following message.

The Sony Entertainment Network is Online 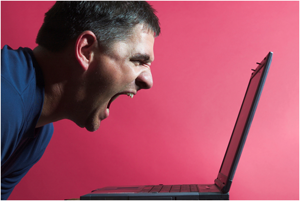 The Sony Entertainment Network should feel very lucky that I don’t have Seal Team Six at my disposal right now.

And here’s the thing: I am now as upset about this as I would be if I found out that we hadn’t killed bin Laden after all. I know bin Laden is dead, I saw all the news reports, I saw the fucking movie already, but if I don’t see Zero Dark Thirty right fucking now, I am going to lose my shit. Yes, I could watch it on my computer, and I even have a comfy chair in my office that I could sit in, but I want to sit on my couch with the speakers turned up so fucking loud that I can hear bin Laden’s pubic lice scream when he gets shot, goddamn it. He is a bad man, and I blame him for all of my problems, Sony Entertainment Network included.

And yes, I’m fully aware that this level of sloth and entitlement is exactly the kind of thing bin Laden would denounce before he blew up babies and whatnot. I don’t fucking care. In fact, I think it is my duty as an American to act slothfully and with only my own selfish interests in mind, because if I don’t, the terrorists have won.

All right, this is bullshit. It’s now been two whole hours without being able to watch a movie I’ve seen on a slightly better device of my choosing in a moderately more comfortable setting. I think it’s fair to say that this is the worst thing ever in the history of mankind. Thanks a lot, bin Laden, you fucking dick. You are a dead man.