Riding The Rails Of Stupidity 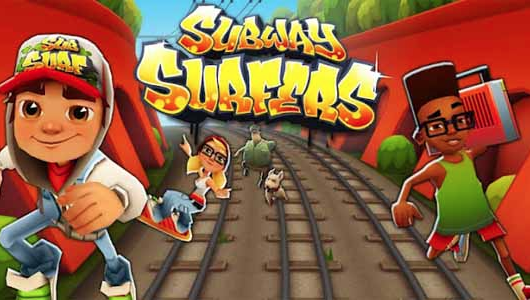 I’ve got an iPad at home. I absolutely had to have an iPad when they first came out, but the steep price kept me from buying one for quite a while. Finally, I was unable to hold out any longer and I justified its purchase by mentally running down all the things I could do with it: Take effective notes at the office; be able to multi-task at my desk; ummm… I could use it to watch Netflix when the kids are watching Netflix on the TV; uhhh… If my Kindle ever died, I could use the Kindle app to still be able to read on the go… I had all these weak arguments and more, but truth be told, they were all bullshit. If there was an app called iCoaster that allowed you to put your drink down on the iPad with the label always facing North, I would’ve used it as justification.

As it turns out, the iPad was insanely useful at the office. I found myself taking much better notes in meetings than I had before, simply because now I stayed awake. The iPad kept me up. I even got a bluetooth keyboard/cover that made typing easier and more familiar. Yes, I was a multi-tasking wonder, and I had the Apple iPad to thank for it. Then the novelty wore off and now I only use it to dodge trains.

There’s this game called Subway Surfers, and I installed it on my iPad to pacify my kids one evening. “Here, kids, watch daddy run around on train tracks, collect shiny coins, and get rewarded for doing something so incredibly stupid that if you ever even think of doing it in real life, I will run you over with a fucking train myself.”

Talk about a mixed message. My kids watch me play for a few minutes, then set up obstacles around the house and reenact my virtual stupidity. “Did you see that, daddy? I almost got hit by a train! Hahahaha!!!”

“No! I don’t want you guys to think that it is ever ok to… Oooh! I didn’t know you could jump over an overpass! Come here, kids, look at this!” 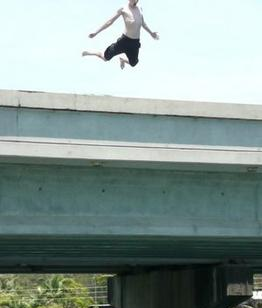 I remember back in the 80’s, when the Teenage Mutant Ninja Turtles were huge, there was a newspaper article about a rash of little kids who had ventured into local sewers looking for the Teenage Mutant Ninja Turtles with predictable results. Some communities put out public service announcements, and even the TMNT’s themselves had to take time out from their radical badassery to remind kids that it’s not cool to run around acting like you’ve got the IQ of dryer lint.

And when all of this happened, I distinctly remember laughing to myself. “What kind of fucking moron kid goes into the sewers looking for anthropomorphic martial arts turtles?” Well now I know. The kind of kid who has a dad sitting on the couch playing Teenage Mutant Ninja Turtle video games while telling his children, “Hey! Did you know that if you eat all the delicious pizzas you find in the sewer that the rat gives you a medal and YOU WIN THE GAME?!?”

I was thinking about this the other day, and I decided that maybe I should play a game that would inspire safer behavior in my kids. You ever play a game like that? Of course you haven’t. Double entry bookkeeping videogames are fucking dull. All the best videogames involve shooting things, jumping over shit, or beating up gorillas, ideally all three at the same time.

Every once in a while, some company will feel guilty that they’re cramming violent videogames down kids’ throats because it helps them sell more action figures and ties in nicely with the line of insanely sugary breakfast cereals they’re introducing next quarter (Mattel Presents Super Mario Choco-Bombs!), and when they feel guilty they try to make up for everything by coming up with some lame piece of shit concept like Captain Planet. Remember Captain Planet?

Yeah, that went over really well, didn’t it? If you showed up to school wearing a Captain Planet t-shirt, fellow students would show their love of Mother Earth by stuffing some of it down your pants. Captain Planet was motherfucking lame. Instead of shooting bad guys in the face, they planted trees and talked about not littering. It’s like Sting was asked to come up with a cartoon or something.

So we live dangerously in my household. Daddy dodges trains in between stern lectures to his kids and everything is ok until…

“Hey, kids! Look at this! Midnight Zoo Infiltrator! Ooh! Double bonus points if you douse yourself in steak sauce and entrails before you start! Hey, kids, watch daddy play this game!”