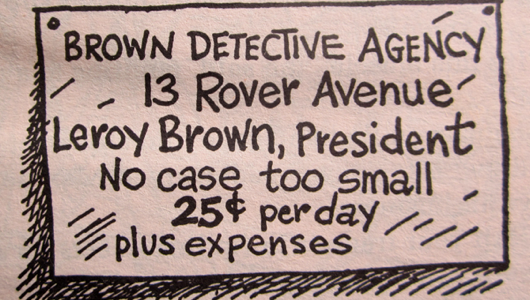 My seven year old son came home the other day with a book: The Hardy Boys – Trouble at the Arcade. I laughed at the title because it was obviously an attempt to breathe new life into an old franchise by making it “modern”, when in fact, arcades are virtually extinct, and by now the Hardy Boys are dead and rotting in the ground alongside that simpering twat, Nancy Drew. And good riddance, too, because they put a lot of pressure on kids, didn’t they? They solved so many fucking mysteries that you felt inadequate by comparison. The only mystery I knew of as a kid was why my art teacher’s office smelled like the bus driver’s Black Sabbath jacket, and it took me until high school before I figured that one out. One mystery solved in ten years. That paled in comparison to the fucking Hardy Boys, who probably solved a mystery or two before they got around to dealing with their morning wood. Thanks for the low self-esteem, assholes! END_OF_DOCUMENT_TOKEN_TO_BE_REPLACED