I Am Who’s Who, Motherfuckers! 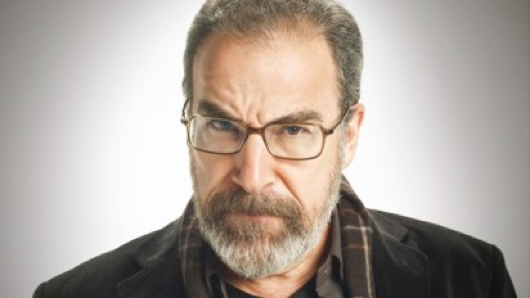 About a month ago, I was bestowed with a great honor: I was added to the 2013 edition of the Worldwide Registry for Business Professionals. You probably remember it well. It’s all anyone was talking about, if by “anyone” you mean “me”. I wouldn’t shut up about it. We’d be in a meeting at work, and I’d rudely interrupt the proceedings because, hey, I’m in the 2013 edition of the Worldwide Registry for Business Professionals, and you assholes aren’t. I’d actually say that, and everyone in the room had no choice but to agree with me because logically, my position was unassailable. You know how people will say, “Shut the fuck up!” or “Get the fuck out of here!” in a good-natured manner? That was pretty much their reaction, although they did get awfully red in the face and spent a lot of time pointing towards the door.

My security badge no longer lets me into the building, but wait until I sneak in tomorrow! Because everyone is going to be fucking BLOWN AWAY by the news that I’ve also been named to the 2013 edition of Who’s Who Among Executives and Professionals! Now, I know what you’re thinking right now. You’re thinking, “Greg, you are quite clearly a God, and I desire nothing more than to have your babies, even if that involves a trip to Sweden and a sex change.” Haha, well, hold your horses you filthy, disgusting perverts! I’m not that kind of guy! (Send pictures. We’ll talk.)

As you are more than likely aware, you were recently selected for inclusion in the new 2013 edition of the Who’s Who Among Executives and Professionals.

Despite our efforts, we have not yet received confirmation of your biographical profile, and are reaching out to you again in an effort to do so.

Click here to verify and confirm your profile (link redacted)

The tradition of the Who’s Who reaches back more than 100 years to a time when the prestigious and accomplished were featured in a yearly publication that defined high society.

Today, the Who’s Who provides a useful resource where business professionals, academics, and Executives are both recognized for their achievements and provided with an unparalleled networking resource. Using our database, you can make global contacts, discuss current events and happenings with your peers, and establish yourself as either a mentor to aspiring professionals or further your business network.

Our goal is to seek out the premier executives and professionals throughout the world. There is absolutely no cost or obligation for your biographical profile. Simply click this link (link redacted) to fill out the appropriate biographical fields.

JT Richards
Managing Director
Who’s Who Among Executives and Professionals

From: Greg
Subject: Do your balls hang low, do they wobble to and fro, can you throw them over your shoulder like a Continental soldier?
Date: July 8th, 8:04 PM
To: JT Richards

Finally! Jesus, what took you guys so fucking long? I’ve been sitting here, acting all professional and shit for over twelve years, and the only one who takes notice is the goddamn dog. He’s currently the CFO around here, not because he’s good with money, but because he’ll bring some in when I sell his ass to the Chinese eatery down the street next week. That fucker had the nerve to start licking his balls while I was in the middle of the quarterly stockholder’s meeting with the cat. Well, fuck him. His severance package is going to be having his package severed from the rest of his body and served up to some unsuspecting vacationing couple from Des Moines, and good riddance! He was a lousy CFO, and the financials are in a goddamn shambles.

Ok, let’s get this show on the fucking road. You need my biographical profile? Well, buckle the fuck up, because here it is:

I was born during the height of the Depression to a couple of retarded sharecroppers who didn’t know what the Depression or sharecropping was. What little money was to be had we made by dressing up my sister as whatever public figure was currently most hated and letting people punch her in the face for a quarter. Cruel? Perhaps. Hilarious? To be sure, although little Suzy Hitler-Nixon-Urkel didn’t think so. Tragically, little Suzy died after we dressed her up as Fran Drescher and was subsequently beaten to death within minutes. People fucking hate Fran Drescher.

I spent a few years wandering the streets of West Hollywood, deep in the depths of a crippling Midol habit until one day, after being found sleeping behind Gavin McLeod’s water heater, I was given a job as a hired assassin for Paramount Pictures. Not a lot of people know this, but every time Tom Cruise gets upset, Paramount Pictures has someone famous killed to prove their loyalty to him. Really. Even over totally trivial shit, like not having an all vegan craft service. Look, I’m not terribly proud about what I did, but I made an awful lot of money and learned a lot of things too, like how to poison someone with Propofol.

After that, I put all my money into opening a chain of restaurants called Crotch Fungus which, unsurprisingly, failed almost immediately. I don’t even really know why I did that. I was pretty much stoned around the clock during that period. It may have been the result of a bet. Anyway, it failed in every state except Arkansas, because they’re all illiterate down there and didn’t know the difference. If you ever run across the place, you should give it a try, actually. The food is surprisingly good considering the name, although to be perfectly honest you should stay away from the signature dish, raw tuna with yeast.

I’m sure you know the rest: The stint as CEO of British Petroleum, the unsuccessful Kickstarter campaign to provide pornography to drought-ravaged parts of Africa, and most recently a job providing professional consulting services to Amanda Bynes.

I’d love to provide you with additional detail, JT, as I’m sure you’re going to want to greatly expand the size of the 2013 edition of Who’s Who Among Executives and Professionals to accommodate all of my exploits (like the time I had Mandy Patinkin bronzed and sent to a particularly vicious pervert I know as a birthday present). Feel free to give me a call, but if the cat answers, call back. The cat can’t answer the phone for shit. Frankly, we may need another round of layoffs around here.

Executively and Professionally Yours,