Something Useless This Way Comes 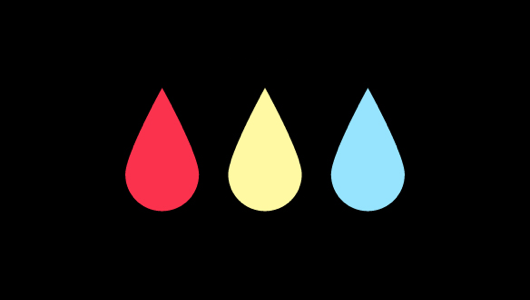 Ok, I have to tell you right off the bat that I wrote that post title as a play on the name of the 1962 Ray Bradbury novel, Something Wicked This Way Comes. Has anyone else read that? Do people still read any more? I don’t know. I know a lot of useless information, which was the point of this post. Anyway, I always thought that the title Something Wicked This Way Comes sounded badass, but now that I look at it, it’s almost as if Ray Bradbury sat down to write after an accident involving a credenza falling off a roof and crash landing on his head. Imagine if Dickens wrote like he had brain damage. “It was times the best of, worst of times it was.” Order the word sentence important is, kind of.

While we’re on the subject of speaking like Yoda, I was forced by my mom to take a course in Latin when I was in 4th grade. Gee, thanks mom. I wasn’t having enough fun, so I sure am glad that you made me sit in a classroom and learn a dead fucking language. Here’s the entirety of what I learned in Latin:

I remember being kind of blown away by that. “So, what happens if you need to say something like, ‘The lion ate the polar bear’? How would you know who ate who?”

“You’d need to figure it out by the context.”

“Are you a licensed teacher? I mean, you didn’t just wander in off the streets to teach a fake Latin class did you? To demand I credentials see now, motherfucker!” 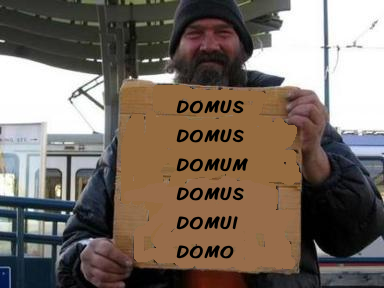 Now there’s a hobo who knows his declensions!

Ok, useless shit I know: If someone asks you how many people were in the Beatles, you’d say four. John, Paul, George, and Spungo. If you knew a bit about them you might say that Billy Preston was considered the “Fifth Beatle”, that Eric Clapton played on a track, and technically you could go back to their roots and pick out a couple of members from before they hit it big (little known fact: Oscar Wilde was in the Beatles). But the number of people in the Beatles is relatively low. Officially four, unofficially around, I don’t know, eight. The point is, not many people can claim to have been in the Beatles. (And Yoko Ono does not fucking count. If she had filed for unemployment when the Beatles broke up, a state worker would have laughed in her face and then punched her in the goddamn neck for Revolution Number 9.)

Do you know how many people have been in the band Blood, Sweat, & Tears? One hundred and forty-four. 144. Seriously. That’s a little over 13 people per album. Think about that. If you had a band with 13 people in it, that’s a lot of fucking people. You’d have people devoted to playing the kazoo, the triangle, and all kinds of other silly fake instruments like the washboard. Jesus, the washboard. Playing the washboard is like telling people straight out that you’re high as hell and just looking to make some noise.

It’s basically an instrument that sounds like a Transformers movie, only with more intelligent dialogue.

Anyway, if you had 13 people in a band, there wouldn’t be an unplayed instrument for fucking miles around, you know? Blood, Sweat, & Tears effectively had 13 members and fired them all after every album. That’s the only way you can squeeze 144 people into 11 studio albums.

I’m kind of curious why there’s such high turnover in this band. I mean, the music certainly doesn’t help matters, but it can’t explain that many people leaving the band. But on the other hand, I sort of don’t want to know what the deal is because it’s fun to think up theories of my own. For instance, it’s possible that there’s one guy who’s been in the band the whole time, and he’s a gigantic asshole and sexual deviant.

Chuck Winfield: Hi, I’m the new flugelhorn player. Where do you want me to set up?

Chuck Winfield: What the fuck!?! (storms off)

Actually, if that were true, I would have all of the Blood, Sweat, & Tears outtakes because that would be way more interesting than anything they ever put out on an actual album.

Some Asshole: What goes up… Must come down… Spinnin’ wheel… got to come ’round….

Other Band Member: Goddammit, not again! I have to play that thing with my lips, you know!

Yet Another Band Member: And, by the way, there is a fucking restroom in this studio, Frankie. If you soil another saxophone, I fucking quit! 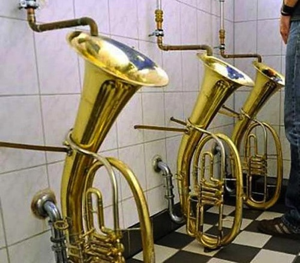 144 members. We’ve had 43 different Presidents. At that rate, in 557 years, we’ll have enough Presidents to do a massive reenactment of a Blood, Sweat, & Tears reunion. (Yes, I did the math on that.) Of course, by that time, Blood, Sweat, & Tears will have grown so much that every single person on the planet will have been in the band at least two separate times. (I’m planning on playing the harpsichord and the zither and quitting after Frankie “The Scuzz” Camembert has sex with my car.)

Now, why would I know that piece of useless information? I don’t know, but it’s stuck in my head, and no amount of alcohol has been able to get it out of there. Worse yet, it has related, and also useless, data associated with it. For instance, I have a portion of my brain dedicated to the fact that Barbara Eden once sang a gawd-awful version of Spinning Wheel while wearing an outfit so garish that even Liberace thought it was a little much.

I was going to embed that video here, by the way, but embedding has been turned off by request. If you were unlucky enough to have watched any of it, you know why.

I also remember that the Simpons’ Mayor Quimby character once introduced the band as “Blood & Tears! Uhh, sorry to hear about Sweat.” Which, now that I think about it is even funnier because of how many people have been in that useless fucking band. They should have forced every new band member to come up with a bodily fluid and changed the name appropriately.

Ok, that’s enough for now. Stay tuned for our next installment of Greg’s Useless Trivia when I reveal that Randy Bachman, of Bachman Turner Overdrive, once fellated a yak in front of a troop of Boy Scouts.