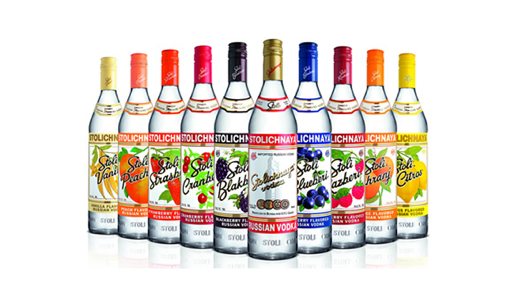 If you’re anything like me, you’re positively vibrating with excitement over the upcoming Winter Olympics, hosted in Sochi, Russia. Personally, I find the Summer Olympics terminally boring. It’s mostly people running, swimming, or jumping and if I wanted to see that, I’d go hang out near the Mexican border. But the Winter Olympics are a different matter. They’ve got an event called the Biathlon which sounds like it would involve some steamy FMF three-way porn, but impossibly becomes even better when you discover it’s a bunch of people on skis with rifles. Now if only they’d introduce handguns to figure skating, the Winter Olympics would be the best thing ever.

Because, let’s face it, the one thing people associate with the Winter Olympics is figure skating. Also ice dancing, which is exactly the same as figure skating, only all contestants are wearing butt plugs. (This, by the way, is 100% true, and I defy you to prove me wrong, preferably during the medal ceremony on live TV.) Every Winter Olympiad is marked by an opening and closing ceremony bookending 47,000 hours of figure skating coverage. Seriously, enough with the fucking figure skating already. I get it. She did a quadruple jump but didn’t point her toes for a tenth of a second, so she’s a fucking terrible athlete. And if I hear that same guy yell, “Nailed it!” again in that irritating high-pitched voice of his, I’m going to go down there and show him what that phrase really means by nailing his tongue to the back of his head.

But there are a lot of other sports to look forward to this February, all of which will play on alternate cable channels with names like the MSNBC-Hee-Haw Network so as not to interfere with the skating coverage. Sports such as hockey, which is a fast, hard-hitting sport involving blades, sticks, and fist-fights. Again, those sequined morons performing double-lutzes with severe camel-toe should take note. Or ski jumping. Or bobsledding. Or luge. Or Arctic Poleaxing, which is played by throwing ice axes at Bob Costas and seeing who can come closest to his head without making him cry. (The fact that this last sport is entirely made up should not prevent it from being played this year, in my opinion.)

As you are probably aware, the Winter Olympics are not without controversy this year. Gay activists and Tom Cruise (admit it, Tom) are up in arms over a Russian law which is openly homophobic. Russian authorities have downplayed this law, pointing out that it is not illegal to be gay, just illegal to fail to disguise this fact by boning some fat chicks in babushkas every now and again. 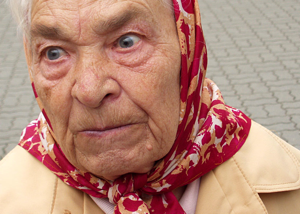 If Ivana here is anything to judge by, you might want to opt for prison, fellas. She’s 32.

Still, millions of people, world-wide will tune into the opening ceremonies which, no matter how they try to disguise it, are always the same. Here are phrases that are heard in my house every four years:

At some point in time, you’ll be introduced to the Olympic Mascots, which are intended to convey an air of whimsy, when in reality they’re the type of nightmare-fuel that makes Tori Spelling look appealing by comparison. When Sochi was announced as the winner of the 2014 Olympics, I submitted my idea for two memorable mascots, recognizable to all Russians and representative of the country as a whole: Vodka and Gulag. They were not amused. 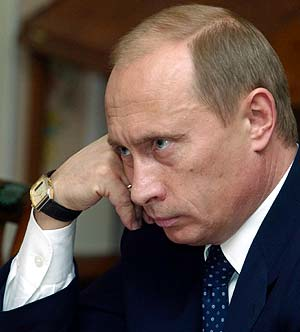 They also weren’t happy when I pointed out that Putin kinda sounds like poontang.

Then you watch the athletes from various countries walk into to take pictures of everything for posterity. Team USA will be wearing teal cowboy hats for some reason, and will try not to laugh as they wish their fellow competitor from El Salvador good look in the luge. Then there’s some more cultural shit, a lot of music and fireworks, and finally they get down to the nitty-gritty: Lighting the Olympic Flame.

There are two methods for lighting the Olympic Flame: Using famous people; or by lighting the flame in some crazy-ass way that makes you wonder how many people it killed. In Barcelona, for instance, they used an archer to fire a flaming arrow at the cauldron, which was impressive and everyone agreed it was the best cauldron lighting technique ever, even if the French team did run for the hills afterwards.

This year, I’m hoping that Russia will pay homage to its Cold War roots by lighting the flame with a small tactical nuke. If done effectively, it could even out the radiation a bit over there. (This may put damper on US hopes for future Olympic success, however, as the Ukrainian athletes from the Chernobyl region are rumored to be 14 feet tall and able to shoot lasers from their nipples.)

But you don’t want to go around talking about detonations at the Olympics this year. You will wind up in jail with all of the flamboyant figure skaters, because apparently there are as many as four suicide bombers already inside the security perimeter of the Olympics. This is either a serious concern, or the most cynical and successful PR ploy in the history of mankind. I mean, that is how you get guys to watch figure skating. 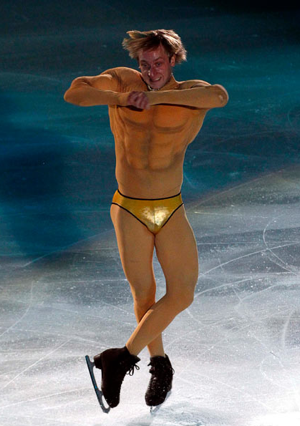 You, uhhh, may want to stay away from the police in Sochi, muscle boy.