Welcome To The All New Dogs On Drugs! 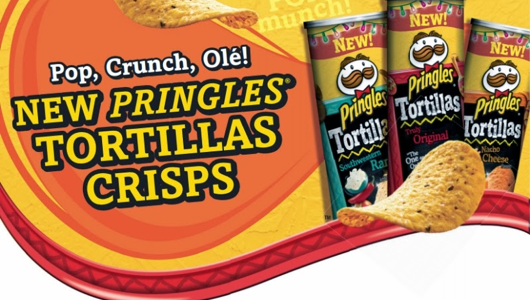 Those of you who have visited this site before and still managed to retain minimal brain function will probably have noticed that things look a little different. Now before you freak out, I’d like to take the time to reassure you that nothing of substance has changed. You can still expect me to curse, ramble incoherently, and of course make fun of Belgians. Smelly, no-good, fucking Belgians.

And speaking of rambling incoherently, I heard Magic Johnson doing so on the radio this morning. I’m not sure what the context was, but I can tell you one thing for sure: Magic Johnson is so far out of touch with reality that as a society we need to have a serious discussion about having him put down. I base this statement on the following dialog, which I swear I am not making up.

Host: So Magic, I understand that you’re here to talk about the all new Pringles tortilla chips…

Magic Johnson: That’s right! And if you need more information on Pringles brand tortilla chips, you can visit www.skankhos.com.

I must admit, I may have gotten that website wrong because by the time Magic was saying those words, I was already doubled over with laughter. I’m sure that due to his wealth, celebrity, and athletic renown (not to mention brain damage) Magic Johnson envisions a world in which people are informed about Pringles brand tortilla chips, but not informed enough. And what better person than Magic Johnson to give people this crucial information!

Wife: Ok, Magic! Oh, and remember to buy condoms, ok? Remember? Because of that thing? You know, the thing that happened when you consorted with whores, and now I can’t have unprotected sex with my own husband?

Now, I don’t want to make light of HIV or AIDS, but seriously, is Magic Johnson pretty much in the doghouse forever, or what? I mean, he is fucked flatter than hammered shit. That’s probably why he had that ill-fated late night talk show: He needed to get out of the house. We all know it wasn’t because he was any fucking good at it:

Holy Jesus, what a fucking train wreck. Am I ready for Magic? Sure, just let me reload first.

That show was so bad that TV went straight in the crapper and never recovered because every idea since then seems wonderful by comparison. You could pitch a show in which Andy Dick waylays homeless people with chloroform and leg irons, and that would make it onto TV because compared to The Magic Hour, Andy Dick’s Celebrity Hobo-Cornholing Extravaganza is positively highbrow stuff. At least when Andy Dick can’t read the cue cards it’s because the oxys have unfocused his eyes, and not because he has an IQ hovering around room temperature.

But at least Magic cares, right? I mean, what he cares about is borderline insane, but he does care. Magic Johnson wants you to be as informed as you need to be about Pringles brand tortilla chips, even if that means that he has to be on the road and away from his diamond-encrusted wife for periods of up to 10 months at a time.

And dedication like that is important, it really is. If we were all a little more like Magic Johnson, this world would be a magical, wonderful place. Sure, we’d have a hard time reading stop signs, and we’d spend hours at the salad bar, trying to figure out what the deal is with baby corn, but we’d all have excellent vision on the fast break and would care a metric fuckton about Pringles brand tortilla chip awareness programs.

All right, where was I? Oh yeah, the new website design. It’s green. And nothing has changed.

Update: Because I’m a masochist, I just re-watched that video and want to point out that Sheila E. is dressed like she works at fucking 70’s-era Burger King, which actually would have been a step up from working on the Magic Hour.