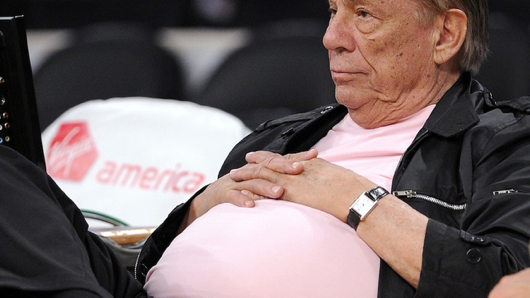 No doubt you’ve all read about the recent excommunication of LA Clippers owner Donald Sterling, who went from being a respected NBA owner to worse than Hitler faster than you can say fried chicken and watermelon. That he was unmasked by his younger, minority girlfriend, who loved him enough to take his money, but not quite enough to keep his loonball racist rants out of the press only serves to prove that the entire incident was shady and awkward from beginning to end, and the only real winner was ESPN, who got to convert their corporate moral outrage into ratings so that they can increase the amount of money they set aside to send dick pics to female interns.

Sterling’s real crime, of course, wasn’t being racist, despicable though that may be. He’s been racist for a long, long time, and anyone who has followed sports already knew that. No, his real crime was that he wasn’t racist in the proper way. There’s a way to be racist and totally get away with it:

Be racist about yourself – For some strange reason, you can say the most horrible things about a race of people, but only if you’re a member of that race. Carlos Mencia, for example, makes his living stealing jokes about Mexicans that portray them in a negative light, although honestly I think that he should give Mexicans a break: Being related in any way to Carlos Mencia is bad enough.

This holds true for pretty much any group of people or nationality. If you are a member of that group, flame on because you have a permanent get out of jail free card. I, for instance, like to make fun of Canadians, being one myself:

Canadian: Hey! I’m Canadian, and both me and my bearded sister were terribly offended by that statement!

Canadian: All right, very fine then. Can I shovel your driveway for you?

Works like a charm, especially if you’re white. I went to IKEA this weekend because that’s something that white people do. Why? Because if you’re going to IKEA, there’s a fair chance that you’ll run across a Swede there, and they are by far the whitest people on Earth. They’re so white that they’re damn near transparent. So if I’m feeling lame to the point where I can’t even snap to the beat of my kids’ nursery rhymes, I go to IKEA and come out 45 minutes later feeling like Malcolm fucking-X.

And I can go into IKEA and start talking at the top of my lungs about how fucking lame white people are, and I guarantee you that not a single person is going to do anything other than laugh. But if I was black and tried that, Homeland Security would be called and I’d be getting a jumbo-sized cavity search in Gitmo before sundown. Confine your racism to your own race, ethnicity, or nationality, though, and you’ll be fine. 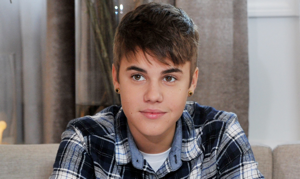 Notable exception: Everyone may make fun of this person.

Be racist against people that are impossible to hate – Let’s use Canadians again as an example. I can say all sorts of horrible things about them, how they speak like Minnesotans with brain damage, how their entire health-care system consists of a Molson and a warm toque, or how they keep warm in the winter by stuffing chinchillas up their bacon-fat asses and everyone, Canadians included, will laugh. Why? Because it’s impossible to really hate Canadians, so no one takes you seriously.

Everyone up there drinks. I’ve spent a lot of time in Montreal, and everywhere you go people are trying to sell you beer. Just bought a book? How about a beer there, fellow? Coming to pick up your kids from day care? You look like you could use a tall cold one! Here to take your driver’s license exam? That’s great, let’s celebrate with a few brewskis! And weed is more or less legal. And everyone is insanely friendly. And due to global warming, Vancouver is going to look like Malibu in a few years. What’s not to like about Canada?

So make fun of Canadians all you want, because no one is going to take you seriously. But if you make fun of, say, black people, you are fucked because there are people out there who really do hate black people, and you don’t want anyone to think you’re one of them because they are absolute scum of the earth, redneck, sister-nailing, racist cracker assholes whether they’re burning crosses in Mississippi or signing the checks for an NBA franchise.

Redeem yourself by pulling your racist head out of your racist ass – Remember American History X? Edward Norton spent a large part of that movie spewing unfathomably foul racial hatred, then he went to prison, got butt-raped by a bunch of burly white dudes, and decided that maybe that huge swastika he tattooed across his chest wasn’t such a hot idea. So he repented and now he’s one of our most beloved actors! (Wait, American History X was a documentary, right?)

The point is, the public loves a good redemption story, but only in the movies. So can the racist shit because if you think we’re going to be welcoming Donald Sterling back with open arms because he suddenly started buying people buckets at Popeye’s, you’re really, really fucking wrong.

About that previous sentence: Stereotypes! – Everyone agrees that there are two types of stereotypes: The kind that are mean and hateful, and the kind that make you laugh when you notice them happening in real life. For instance, I covered this one once before. Tell me that you watched any part of this and didn’t smile.

Same with this news item regarding a local shortage of fried chicken. By the time you see the 15th or 16th person complaining about the lack of fried chicken, it just becomes absurd.

(I’d put up videos of white people living up to stereotypes, but really, we’ve all seen enough of Rick Astley, haven’t we?)

That’s not to say that stereotypes as a whole are ok to laugh at. Only the harmless ones, such as those related to food preferences. I had this discussion with an Asian friend of mine in college. His name was The Donger because he kept trying to change his name. It was Rick one week, Mike the next, then back to Rick, then Cal. Finally, it was just easier to call him The Donger, a name that stuck with him way longer than he wanted it to (1 millisecond).

Me: Ok, so why did you get so mad at that guy when he said Asians are good at math? I’m not joking, I’m really curious.

The Donger: Why do you think?

Me: I don’t know. I mean, I don’t know if there are studies that support that claim or not, but it seems to me that it’s a complimentary stereotype, so I’m not so sure why you’d get that upset.

The Donger: Hmmm, I never thought of it that way. I thought it was more of a nerd thing.

Me: Oh. I guess I didn’t think about that.

The Donger: I see your point though. Hey, let’s go find some black guys and ask if they mind the large dick stereotype. I’d drive us to go find some, but I’m Asian, and I can’t drive for shit.

Seriously, The Donger said that, anecdotal proof of our first rule that it’s ok to make fun of yourself. Anyway, apparently it’s not even ok to have a chuckle at stereotypes that seem complimentary. So laugh at that video of Celine Dion eating sixteen pounds of back bacon, but stay away from anything non-food related.

Be racist against no one – Here’s a novel fucking idea: Treat all people, regardless of skin color, sexual orientation, gender, or religion with the respect that you’d want them to show you. They might prove to you later on that they didn’t deserve that respect, but by that point you should have learned that their failings were as a person, and not as a Caucasian, or a homosexual, or a woman, or a Muslim, or what have you. You judge people by the content of their character, as a great man once said, although I think it’s only fair to point out that he was not Canadian.