Pretty Fly For Some White Guys 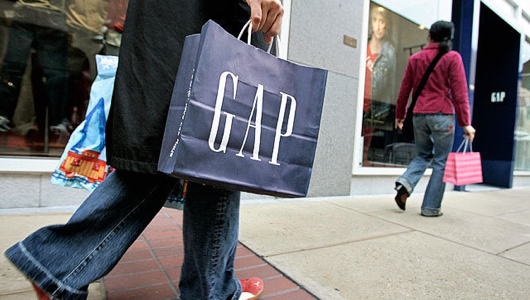 My kids and I played a game of Bounce or Fly after dinner tonight, and each time my eight year old son took his turn kicking, he’d offer me a high five. Jesus, I can’t remember the last time I was involved in something so forced and awkward. The two of us might be the whitest people on the face of the planet. We’re “Shopping At The Gap” White. “Fluffernutter On Wonder Bread” White. How white are we? We’re “Tiger Woods” White.

Why is Tiger Woods so fucking white? It’s like he was so busy practicing out on the course as a kid that he missed a class or something. I mean, I see his skin color, so my mind tells me that he’s not white. But then just about everything he does screams “White Guy”. I mean, look at this shit:

Hey, you wanna go to the Apple Store after this?

Anyway, that was my son and I. We couldn’t get our high five shit together at all, which made me feel ridiculous. But if there’s one thing whiter than fucking up a high five, it’s practicing high fives, and so I let it pass without comment. When we were done playing, I went out and bought a Toyota Prius.

I don’t know if anyone else played Bounce or Fly, but it was a recess staple in grade school. The idea is simple: One person kicks the ball high in the air, and everyone else scrambles to catch it on a fly, or on one bounce. Whoever does gets to kick the ball next.

That description, however, omits a crucial detail: Violence. When I was growing up, there were no rules other than what constituted a good catch. That meant you were free to fucking maim anyone that got in between you and the ball, and being eight year olds, we took that shit to heart. But, and this was important, violence that was regarded as over the top would be met with similar violence. This ensured that we policed ourselves and kept the game civil and ultimately safe.

Hahaha, just kidding. It ensured that the violence escalated at the drop of a hat until chainsaws were involved. The game was fucking awesome. I remember one kid in my class named Mike came to school one day with a note, which he gave to the teacher before recess.

“What’s this?” our teacher asked.

“It’s a note from my mom. She doesn’t want anyone to play Bounce or Fly during recess because it’s too violent.”

“Why does everyone have to stop playing? You can choose not to play if you don’t want to.”

Mike kind of hemmed and hawed, then finally said, “Everyone plays Bounce or Fly. If I don’t play, I’ll have nothing to do.” Looking at the rest of the class, the boys all actively plotting a Revenge Wedgie of epic proportions, Mike became desperate and lifted his shirt up. “Look! I have bruises!”

“Oh, suck it up!” said the teacher, who instantly became a whole helluva lot cooler in our eyes. “If you don’t like it, don’t play.”

Mike was right, all of the boys played Bounce or Fly during recess, and after a few minutes of watching from the sidelines he quietly slipped into the field of play. We beat the ever-loving shit out of him that day. Hahaha! Sorry, Mike! I hope you eventually got used to that wheelchair. 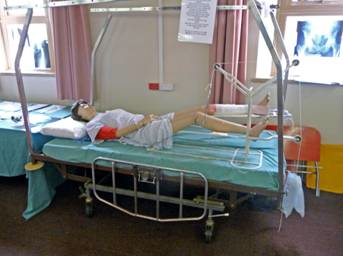 Of course, he had to get out of traction first.

Needless to say, we played a much less violent version of the game this evening. In fact, my son complained loudly when his sister knocked the ball out of his hands right as he was getting ready to catch it. I had to explain that knocking the ball out of an opponent’s hands was a good strategy.

Five minutes later we were dealing with karate chops to the larynx.

No, not really. It didn’t get testy because the age range of everyone was so great that anyone who got out of bounds risked having daddy throw them on the roof, and I made sure they knew it.

But as fun as it was, the high five thing was dispiriting. I felt ineffably lame when I went inside, the whitest man on the planet. Or at least I did until after the boys went to bed and my daughter asked me for help with her math homework. Then I felt Asian.