They Should Have Called Him Spalding 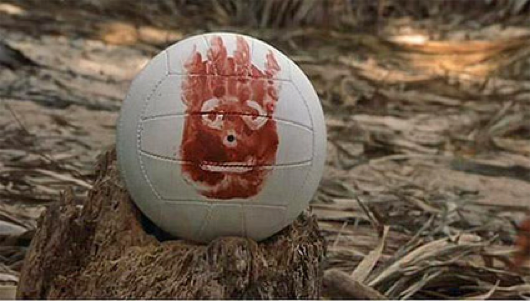 I was discussing the movie Cast Away at work the other day, because that’s what I do at work: Discuss fifteen year old movies. Oh sure, I’m paid to do other things, but who has time to do boring shit like perform brain surgery when you urgently need to find out what was in the FedEx package that Tom Hanks never opened? (Just kidding about the brain surgery thing. I’m not a surgeon, and in fact have several prank-related restraining orders in place to prevent me from coming within 1,000 yards of an ongoing medical procedure.)

Back to that unopened package: If you haven’t seen Cast Away or you just drank all traces of it out of your head, Tom Hanks works for FedEx and gets marooned on a desert island when a FedEx plane crashes into the Pacific ocean, a plot device that I bet FedEx wasn’t too fucking crazy about:

Movie Studio Exec: Oh, man, you guys are gonna love this movie. We’re going to splash the FedEx logo all over everything, have a scene where Tom Hanks lectures a bunch of FedEx employees on the importance of being on time… It’ll be like a giant, two hour long FedEx commercial!

FedEx CEO: Sounds good to me! Where do I sign?

Movie Studio Exec: Oh yeah, and the FedEx plane crashes into the ocean and Tom Hanks buries the big fat, waterlogged pilot in a shallow grave.

Anyway, Tom Hanks opens up all of the packages that wash up on shore except for one. I guess this is supposed to symbolize that he hasn’t given up hope, that he’s still going to deliver this package, but in my opinion it symbolizes nothing more than that the character is a complete fucking numbnuts, because what if the contents of that package were something really useful like a year’s worth of Hustler magazines? All of that jerking it to coconut-likenesses of supermodels – totally unnecessary!

And in the movie you never do find out what is in the package. He delivers it to some broad in Texas, and that’s that. (SPOILER ALERT – If you haven’t seen Cast Away, you shouldn’t have read the previous sentence.) So what was in the package?

The director of Cast Away was asked this question, and he had an awesome answer for it: A water-proof, solar-powered, satellite cell phone. How fucking awesome would that have been? Tom Hanks would have been rescued, brought back to civilization, and then roundly and thoroughly mocked for having lived like an animal for 5 years when he could have been ordering fucking Dominos. I would have enjoyed the hell out of that movie. 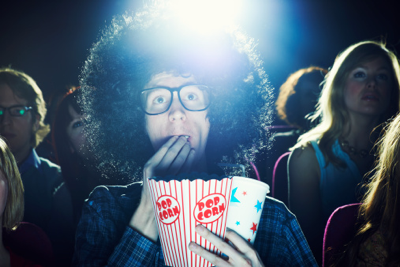 Pictured: Me, enjoying the hell out of that movie.

Then I got to thinking. (This is usually where shit gets weird.) Remember Wilson? Wilson was the name he gave to a volleyball that he had painted a face on, I guess because it was a nice change of pace to be rubbing his junk all over something that looked kind of human. Because you KNOW that Tom Hanks rubbed his gear all over the contents of every single package he opened. He doesn’t even need to be in a movie to do that kind of thing, either. Tom Hanks + Physical Object = Furious Dry Humping. He’s funny that way.

So he’s got Wilson to keep him company, and all of a sudden it dawned on me: Who fucking FedEx’s a volleyball? I mean, I can understand mailing a volleyball to someone, but when in the entire history of mankind has anyone ever uttered the sentence, “We need to get this volleyball there AS SOON AS FUCKING POSSIBLE!” And the plane left from Russia, which last time I checked wasn’t exactly the volleyball capital of the world. It just doesn’t add up.

The mental image I get is that of two Russian volleyball teams standing on a court, waiting for a ball that never arrived. They should have made that the first scene in the movie, and then at the end of the movie, when Tom Hanks commits suicide after becoming the laughingstock of the nation because of the whole cell phone thing, they cut back to the Russian volleyball court, and they’re still standing there waiting, all long hair and beards, looking like Castaways themselves. That is some serious fucking symbolism, my friends, and when I figure out what, exactly, it symbolizes, I will let you know.

(A question for you: Why am I not in charge of making these type of creative decisions in movies? Answer: Because life is capricious and fundamentally unfair. Also, I had a little problem with stalking Dreamworks SKG executives, and am no longer allowed in California.)

Personally, I’m surprised that UPS didn’t try to one up them with a movie of their own. They could show a Tom Hanks knock-off showing up at a Russian UPS facility only to find every thing running smoothly, and then he flies home and DOESN’T CRASH INTO THE FUCKING OCEAN.

Your package may show up six months late, beat to hell and covered in camel drool, but we will not crash it into the ocean. That’s the UPS guarantee!

Incidentally, soulless corporations cynically trying to cash in on the success of a popular movie isn’t just the kind of thing I dream up while high on oven cleaner fumes. There is a precedent: Mac and Me.

Abandon All Hope Ye Who Read Any Further

Mac and Me. Jesus, this is the kind of movie that they probably show prisoners at Guantanamo. Here’s the deal: Back in the 80’s, when everyone had a giant, collective chubby over E.T., some asshole at McDonalds came up with the idea of cashing in on the movie’s popularity.

Normally, this sort of thing was accomplished by asking forced prison labor in China to whip up some cheap, toxic plastic crap that McDonalds would fling into a cheap, toxic Happy Meal and then pawn off on some unwitting toddler with a cheery, “Thank you for eating at McDonalds, tubby!”

But this fucker went not one, not two, but a million steps further and decided to produce a direct E.T. knockoff with McDonalds product placement all over the goddamn place. The results are predictably horrifying, as you can see in the following scene which takes place during a dance competition at McDonalds (really):

I will pause here to give the reader time to remove their eyes with a melon-baller.

Holy fuck! Can you believe that an actual human being came up with the idea for that quivering pile of shit? What I want to know is where all the normal McDonalds patrons have gone. The usual McDonalds customer isn’t spry enough to participate in a dance contest, at least not without a special harness and a forklift.

Strangely, they expected the reaction to this celluloid travesty to be sufficiently favorable that they already had a sequel in pre-production, which was probably a Star Wars knock off only light sabers were replaced with soft serve ice cream cones. Come to think of it, I’d like to see that. Who wouldn’t enjoy watching Princess Leia in a bikini, chained to Jabba the Hut while enjoying a McRib sandwich?

Speaking of Star Wars, they finally released the digital versions of the Star Wars movies because George Lucas is running dangerously low on funds and can no longer afford to gold-plate his fleet of butlers twice a week. So everyone lost their shit and spent an assload of money buying a cheesy set of movies they’d already seen a million times. And I did it too, because my kids have only seen the original three Star Wars movies and wanted to see the first one, “where Darth Vader is a kid”. (Insert another retroactive SPOILER ALERT here.) 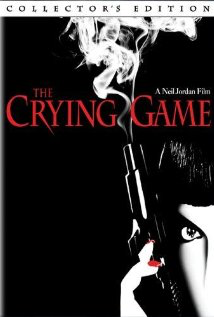 This just in: The chick from the Crying Game is a dude!

A quick note to George Lucas: You know what kids DON’T want in a Star Wars movie? Long, insanely convoluted discussions about Senate treaties and trade negotiations. Ok, Hollywood doesn’t want me making asinine suggestions about beloved Tom Hanks movies, and I get that even if they are R-O-N-G. But at some level, someone has to have some input on a movie, even if they guy behind it is George Lucas. I mean, someone put the kibosh on the original script for Schindler’s List (which included a wise-cracking break dancing robot named Turbo), so why couldn’t anyone have spotted the obvious flaws in Star Wars I?

Me: So, George, do you know what all of the best selling Star Wars toys have in common with each other?

Me: They’re all not politicians, you fucking asshole. So unless you’re going to have the Senate chamber break out into a giant light saber battle, lose all the stupid political bullshit and put in 300% more Wookie fights.

Me: Oh, and I’ve been asked by all of humanity to kick you in the nuts for Jar Jar Binks.

George: Ok, that I had coming.

(Incidentally, if UFC was replaced with Wookie fights, viewership would go up a million percent, and rightfully so because a Wookie fight would be awesome. The closest thing we get to a Wookie fight on this planet is when Greek chicks fight.)

Ummm, I seem to have wandered a bit.

Ok, yeah Cast Away and volleyballs… Uh, that’s about all I have to say about that. 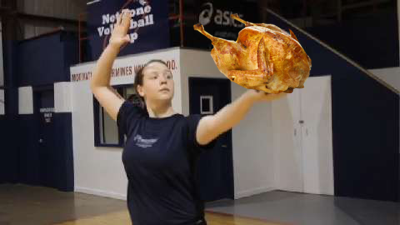 FedEx, where are you?