Let’s Get Banned In China! 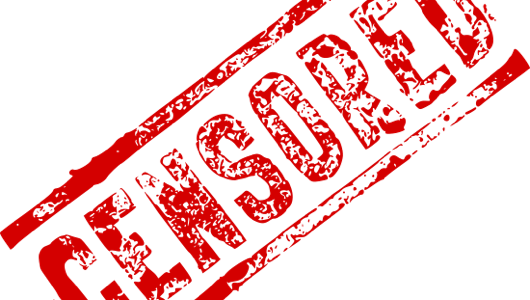 For those of you not familiar with the asshats running the show over in China, the Chinese government has instituted the Great Firewall of China. This is used to block websites that are profane, objectionable, or mention how the Chinese government slaughtered its own citizens in Tiananmen Square in 1987.  And right there, in one sentence, is why Dogs On Drugs should be blocked.  But a quick trip to greatfirewallofchina.org shows that, sadly, this is not the case.  As it stands, over a billion people are exposed to my web site and its very large collection of pornography involving Mao Zedung and goats.  And that is wrong.

Why is this site not banned?  What is taking so fucking long?  C’mon heartless Communist censors!  What do you do all day?  Ooh, you blocked Facebook.  Nice going.  Now you’re safe from the insurrections that will surely result from this kind of online interaction:

Ping:  What is it with our food?  I just ate dinner an hour ago and I’m already hungry!

This is bullshit.  Studies have shown that the only useful purpose of Facebook is to stalk people you used to have sex with and they get banned, yet my site gives detailed instructions on how to assist the imminent U.S. invasion via Tiawan, and that’s ok?

Look, I’ve got no problem with the people of China.  My own experience has shown me that they are a wonderfully friendly and outgoing people.  So much so that the worst stereotype we can come up with is that they’re good at math.  But the government is run by a bunch of evil, Commie dickwads who would sooner execute Chinese citizens in the back of a van than let them have freedom of speech, freedom of religion, and other rights that most other people enjoy.  So fuck them.  Getting banned by the Chinese government is like making Nixon’s enemies list:  A badge of honor.

Please to excuse.  Was just answering door to chase away capitalist pigdog selling magazines.  Where was I?  Ahhh yes, the glorious government of the People’s Republic of China.  I just make joke.  Shameful, shameful joke.  I have insulted my ancestors.  I apologize to you and your family for this most disgraceful turn of events.  Sorry.  I will now go and play with my abacus.  Sorry.