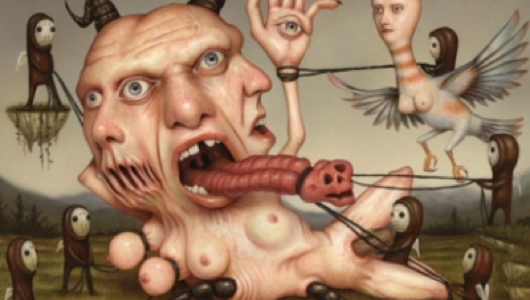 We called the police on a neighbor’s 16 year old kid this morning because he apparently decided that 9:00 AM on a Sunday is a wonderful time to load up on angel dust. Seriously, the dude was shirtless in the driveway (because that’s how you get the police to come. Ever seen Cops?) barking like a fucking dog and performing a move I can only describe as “hyper-clapping”. He also looked like he was shitting on the side of a truck at one point.

There was a point in my life where behavior like that would cause me to approach the raving lunatic with calming words and a query as to whether or not any of the drugs remained. But at this stage in my life it was just sad, and kind of scary. The firefighter across the street apparently thought so too because I could see him looking out of his window as well.

The cops subdued the teen with no trouble, possibly because the kid figured that the odds of defeating the 27-headed cactus demon that materialized out of nowhere were rather low. They then dropped by to have a word with my wife who had made the initial 911 call. “Whatever he’s on, he’s on a lot of it. He had absolutely no clue as to what was going on around him.” Later my wife and I discussed what drugs the kid was on, assuming he wasn’t undergoing a complete psychotic break. Salvia can make you do some really fucked up weird shit. Shit like this (the going gets weird pretty fast, but really weird about 1:10 in):

The thing about salvia is that it wears off within 15 minutes, and this kid was out there flipping longer than that. I’ve taken acid before, and although it’s possible to lose your shit entirely, his actions didn’t strike me as those of someone tripping. Which leaves angel dust. I’ve known people to smoke weed that turned out to be “dusted” and that shit can fuck you up really good. A friend of mine once smoked some (unknowingly) and was sitting in his basement with everything going in such slow motion that the phone ringing sounded like slow-mo church bells, and he couldn’t look to the other side of the room because that was an action that would have “taken years” to complete.

While my college years were crazy and I ingested a lot of shit that no self-respecting scientist would inject into a lab rat, I never really lost control. The first time I took acid, though, I remember walking through a suburban neighborhood at 2:00 AM marveling at the inch or two of snow that had just fallen. In reality, of course, we hadn’t had any snow, possibly due to the fact that it was September. But I saw snow everywhere, and when a rabbit ran across the street and left paw prints in the snow, I got to thinking. This, incidentally, is not recommended on LSD.

I somehow associated the pristine snow-covered lawn with my mind, and convinced myself that every paw print had erased part of my memory. I remember thinking, “I don’t think he erased anything I need” and began quickly running through some basic facts: Name, age, ummm… address? The problem was that the acid made shit kind of hard to remember with any certainty, and that started to freak me out. Finally, I realized that I might be able to reclaim the lost memory by smoothing out the snow to cover the paw prints. 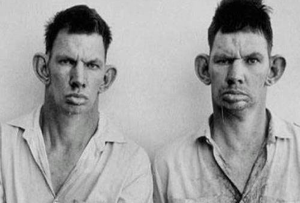 If the home owner had looked out his window at 2:00 AM that Wednesday night in September, he would’ve seen a teenager crouched down in his front yard, making slow, deliberate back and forth motions with his hands about 2 inches above the lawn while two more teenagers stood on the sidewalk, smoking cigarettes and discussing the situation. I’m sure they would have had the same reaction that I did this morning: Call the boys in blue, we’ve got another one for the funny farm.

Finally, one of my friends said, “Dude! What the fuck are you doing?” And that was enough to snap the very freaky spell I was under. I looked to them, looked at my hands and then stood up, realizing I was crouching in someone’s front lawn. “Wow. Ok, that was really fucking stupid.” Aren’t drugs grand?

One to the week you missed because giant acid rabbits erased it from your fucking mind: 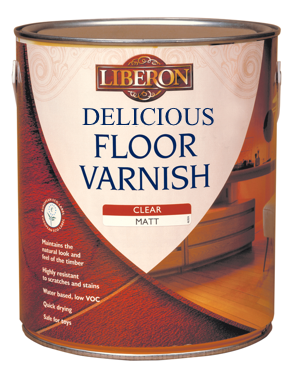 Varnish, it's not just for breakfast any more!

A couple of notes. First of all, the guys running the show over at A Beer for the Shower posted another… I don’t know what they call them, actually. Web comics is, I think, the preferred term. But when AB4TS gets rolling, it’s more like MS Paint on laughing gas. Funny stuff. So I was rather taken aback when I read their post from last Thursday that contained not only a retarded goat, but one that licks an electric fence. I will have you know, guys, that I stole that idea from complete strangers on YouTube fair and square. I will be damned if I let someone steal it again! You will be hearing from my lawyer who, although he has never passed the bar exam in any state, and may in fact be an entirely imaginary being, will sue the pants off of both of you. Unless I actually stole the idea from you first and just didn’t notice because I was drunk. That’s always possible. In that case, I plead fair use.

Also, if you’re really alert and the kind of person that pays a lot of attention to detail, you may notice that waaaaaay up there at the top of the page, there’s a new section entitled “This is a serious request“. I’ve decided that since I had some success fucking with Foreigner, I’m going to start fucking with celebrities and corporations via Twitter. This is the page where I will record the results for posterity, future lawsuits, and the almost inevitable restraining order against me from Florence Henderson. No need to check it out religiously, however. Anything really good pops up, I’ll let you know. (Right now I’m waiting on the Fonz to get back to me and Tweet that “DogsOnDrugs.com is the pinnacle of human achievement.” So far he has refused. This is because Ron Howard is currently in possession of his testicles.)

Oh, and I almost forgot. Because I need to share my pain with others, I’m going to share with you the thing that has been running around in my brain for a goddamn week now. I grew up in the Chicago area. Back in the 70’s, when we weren’t too busy wearing leisure suits and snorting blow off of Rosalyn Carter’s ass, we sometimes did normal shit too: like going to god-awful kid’s amusement parks which were nothing more than a parking lot with rides made from recycled washing machines.

Case in point: Dispensa’s Kiddie Kingdom. There is no way in hell I would’ve remembered this place at all until I randomly stumbled across the following commercial on YouTube. The fucking jingle brought it all flooding back, which is amazing because… wow. 32 years is a LONG fucking time for a 30 second snippet of song to stick in anyone’s head. So, once you get past the creepy pedophile dude in the commercial, really listen to the jingle. 32 years from now, you can share my amazement.

And finally, tomorrow is that day: The day you send me hypothetical questions for me to answer. So lemme have ’em soon because if you wait too long, I’ll have to read through them while I’m on angel dust.

« Previous post
Weekly Hypothetical – How Many Clowns Can You Fit In A Biplane?
Next post »
How The “Magic” Happens